Amboseli National Park: african Jacana - Photo Credits: Romina Facchi
The Amboseli National Park covers an area of 392 square kilometers and, although it is not very extensive, encloses 5 different habitats: acacia forests, open savannah, rocky areas covered with thorny bushes, palm trees and swamps and lakes.
The park partially covers the basin of a dried up lake of the Pleistocene; during the rainy season this ancient lake refills forming the Amboseli Lake, a seasonal lake whose extension varies depending on the intensity of the seasonal rainfall, but never more than 50 cm deep.
The Amboseli National Park is very dusty because of its soil composed of lava and ash, especially during the dry season, at the passage of off-road vehicles clouds of dust rise up; also it is not uncommon to spot earth reels rising from the ground because of the winds.
The Mount Kilimanjaro, as well as being a scenic background, it is also vital to the park because its snow, when it melts, penetrates the ground, descending to the valley and resurfacing just inside the park by creating wetlands and water meadows that are a valuable source of water for mammals and birds, especially during the dry season.
This fragile ecosystem, declared Biosphere Reserve by UNESCO in 1991, it is home in the area, to more than 50 species of mammals, including one of the highest concentrations of African elephants and over 400 species of birds both resident and migratory.
The only high point of observation of the park is the Observation Hill, a hill of volcanic origin whose summit is easily reached on foot through a staircase of lava rocks.
From the top the view spans 360 degrees on the park, the landscape is spectacular: the background to the South-East is the Mount Kilimanjaro, in the same direction, but just below the hill, stretches the Enkongo Narok swamp.
This is one of the best places to watch sunrise or sunset, that are also the best times to see the Mount Kilimanjaro free from clouds in all its majesty.
The rare acacia forests are in the Southern part of the park, at the level of the underground rivers descending from the Kilimanjaro and feeding the marshes; these forests are the territory preferred by giraffes, fringed ears oryx and gerenuks but also by elephants who, because of their large number, are jeopardizing the survival of these wooded areas; in this regard the park administration regularly blocks access to some of these areas to the pachyderms to allow the vegetation to regenerate.
Here, even the cats, such as cheetahs and lions, find shelter from the midday sun.
The open savannah instead, that covers most of the park, is the favorite location for zebras, wildebeests, Thomson gazelles and Grant gazelles because here is the grass they eat; no shortage of predators such as cheetahs, who usually hunt in open areas, hyenas and lions, the latter present with a lower concentration compared to other parks.
Immediately after the rainy season the Amboseli meadows are bright green but, with the advancing of the dry season, the low herbs quickly turn yellow and the landscape becomes desert and apparently inhospitable.
To the South is a zone consisting of lava rocks and thorn bushes, this lunar landscape is the favorite for antelopes and impalas and even some felines in search of shade and refreshment in the middle of the day.
The Amboseli National Park has five entrances: Lelunyiet, Iremito, Ilmeshanan, Kitirua and Airstrip. 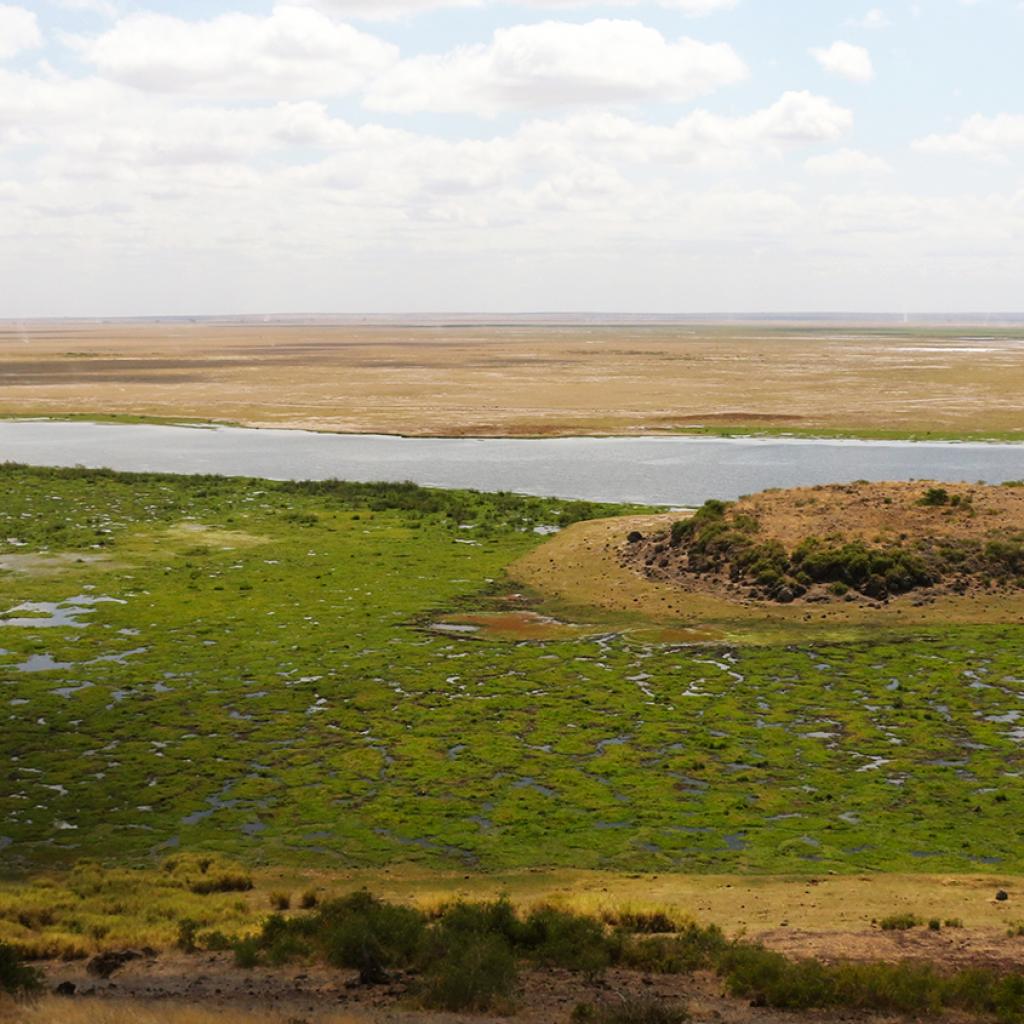 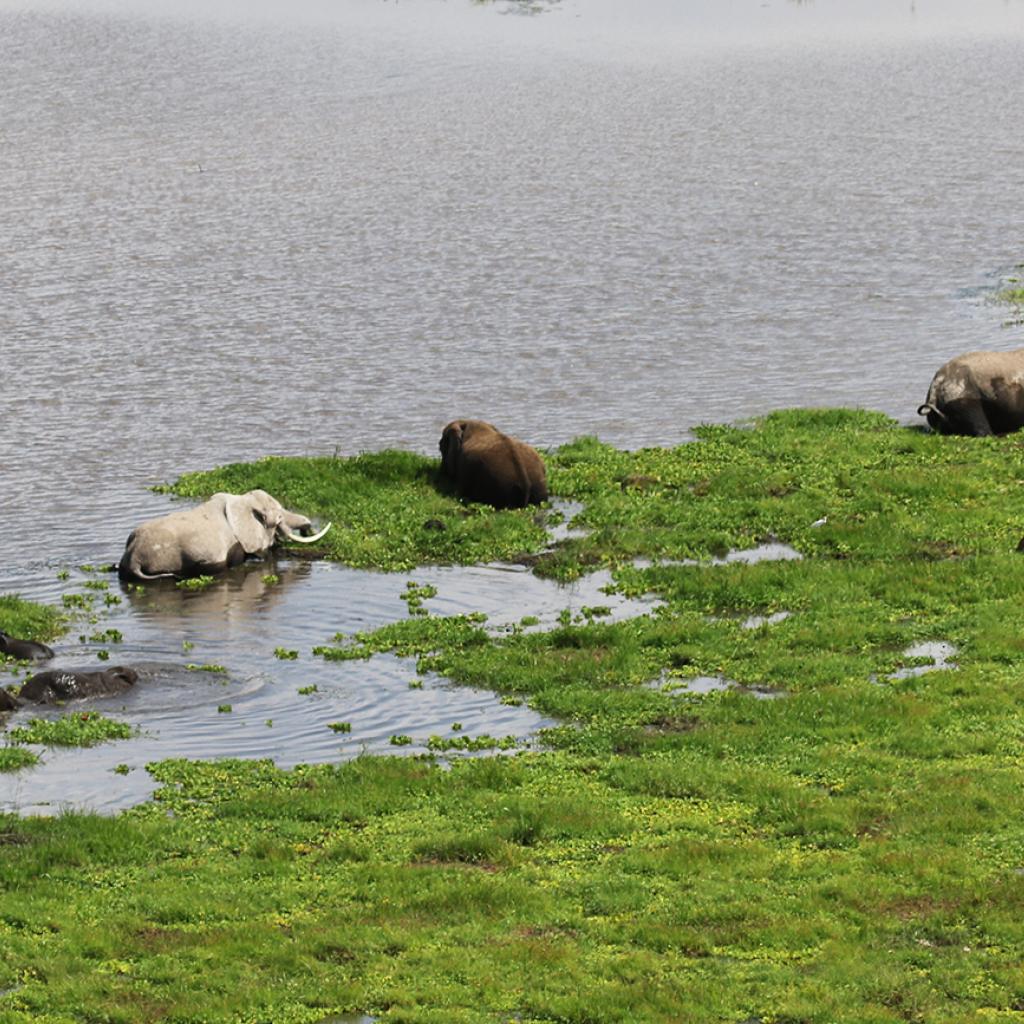 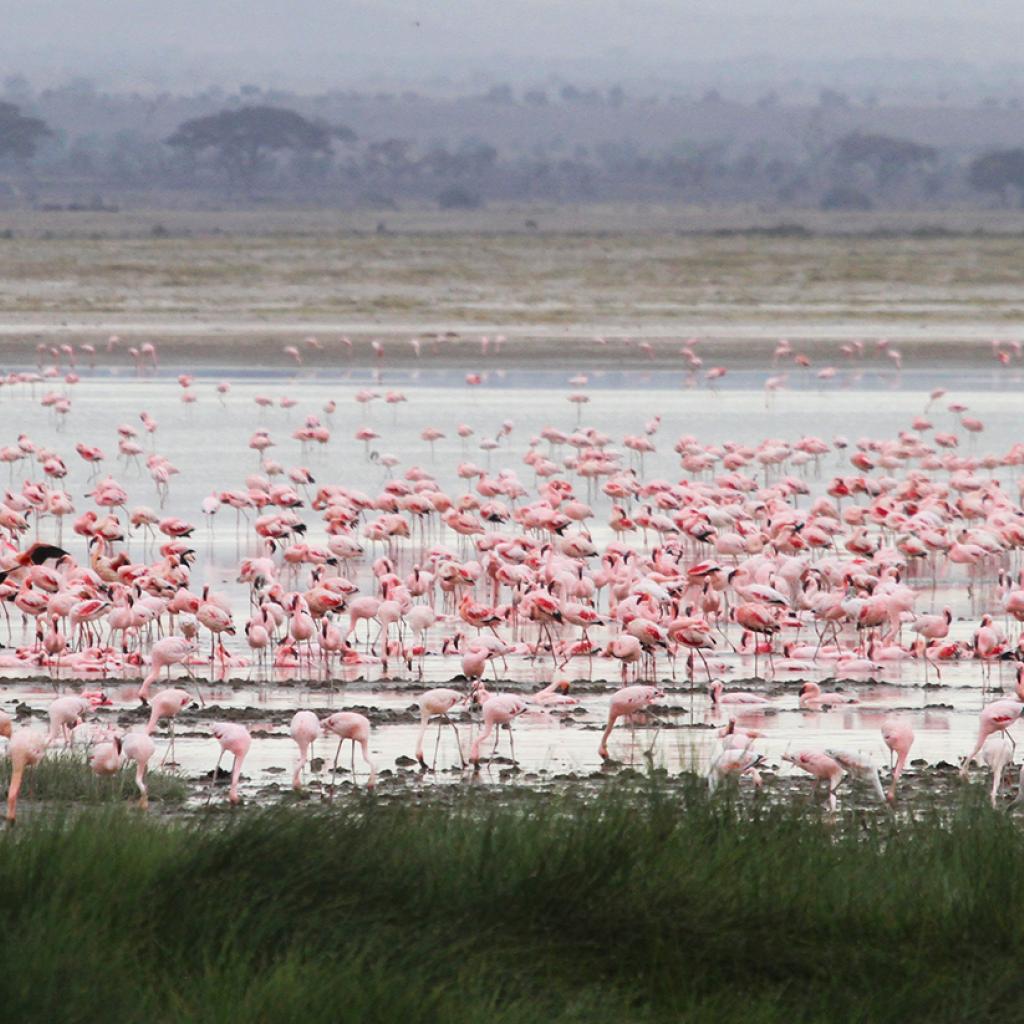