The current ethnic group Aja, or Adja, is the result of numerous settlements in the Central Southern region of Togo, where the Alu, the Azanu or Za and the Aja-Ewe met and united.

The first to inhabit this region were the Alu; the research confirms that they have inhabited these lands since the Neolithic, occupying their primitive settlement, without interruption, at least from 3,700 BC.

The legend tells that the first Alu came down from the sky bringing with him the tools for the processing of iron, and in fact, archaeological studies have shown how iron working was a very practiced activity and that the Alu blacksmiths mastered perfectly the casting and working techniques using iron.

Unfortunately, in addition to the information on the processing of iron, today we have very few others on the Alu society, it is believed that they were hunters and farmers.

The oral tradition hands down some legends about the origin of this population, among them the one that tells how the first Alu claimed to have met the sages of the forest: they describe them as men of small stature, the biggest ones were as tall as a 12 year old, they had red skin, straight hair that fell on their faces; the Alu told that they were very quick to move and run in the forest.

The reality of facts is that probably the Alu met the Pygmies, who correspond to this description; it is believed that the Pygmies were massacred by the Alu.

The Alu probably joined, at the beginning of the second millennium AC, to communities coming from the North-West, historians claim that the latter came from the Sudanese kingdom of Za in Niger.

A group, belonging to the Za, probably reached the center of the current Togo and, together with the Alu, gave life to the village of Azamè.

Around the 13th century there was a further great movement of population that led to the occupation of the region: the Aja, who came from East, moved and settled in this area; they will give their name to the region and the main city changed its name, and from Azamé it became Tado.

These people came from East, the current Nigeria, that was the land of the Yoruba and the term Aja seems to derive from the Yoruba word "aledjo", that means "stranger" or "oba aledjo" that means "foreign patriarch"; the latter is the most likely version.

The stories of the tradition tell that, among the Yoruba who had settled in the city, there was a man who possessed great magical powers, with whom he would be able to save the city, that had been hit by a serious epidemic.

This voodoo feticheur organized some purification ceremonies in the village of Azamé; during the exorcism carried out against the spirits, that had struck the city, the sorcerer pronounced the ceremonial formula that contained the phrase "ata ado mi" that means "now the village will be spared from any calamity"; from this sentence the name "Tado" was born, with which, from that moment, the town was identified, and that up until that moment, had been called Azamé.

The arrival of the latter ethnic group radically changed the face of the region: Azamé, now called Tado, became a large city that, due to the greed of the jealous neighbors of its prosperity, was surrounded by large bastions.

The three communities involved, the Alu, the Za and the Aja, constituted the origins of the Aja community and the powerful Kingdom of Tado, that prospered until the 19th century.

In its golden age, between the 15th and 17th century, the kingdom of Tado resembled to a confederation; in 1627 the Spanish Jesuit Alonzo de Sandoval described it as "a powerful kingdom that extends over an immense territory inland, with a coastal area where there is a safe harbor, governed by a black called Eminence".

Tado is therefore the ancestral site of the Aja community and, during the colonial period, remained an isolated city.

Tado is today a small city located in the South-East of Togo, 3 km from the border with Benin and 15 km from Tohoun, in practice it is a border village and a city forgotten by the Togolese authorities; unfortunately this ancient ancestral city, rich in history, is in ruins.

Tado, however, is the place where, in September, a great festival celebrates the flourishing past of the city and of the powerful king Togbui Anyi, the founder of the kingdom.

At this celebration participate the sons and daughters of the Aja people of all social level, dispersed during the Diaspora following the fall of the kingdom, to go to Tado on this occasion is a sort of pilgrimage.

Because of the fall of the kingdom and the serious shortages of fertile land, in the Togolese-Beninese border region, many Aja emigrated, looking for arable land for subsistence agriculture or work, in urban centers.

Today, this population has about 500,000 people; there are a significant number of Aja living throughout the coastal region of Benin and Togo, in Southern Nigeria and Gabon.

The urban centers of Cotonou, Lomé, Lagos and Libreville all have a significant population of Aja migrants. 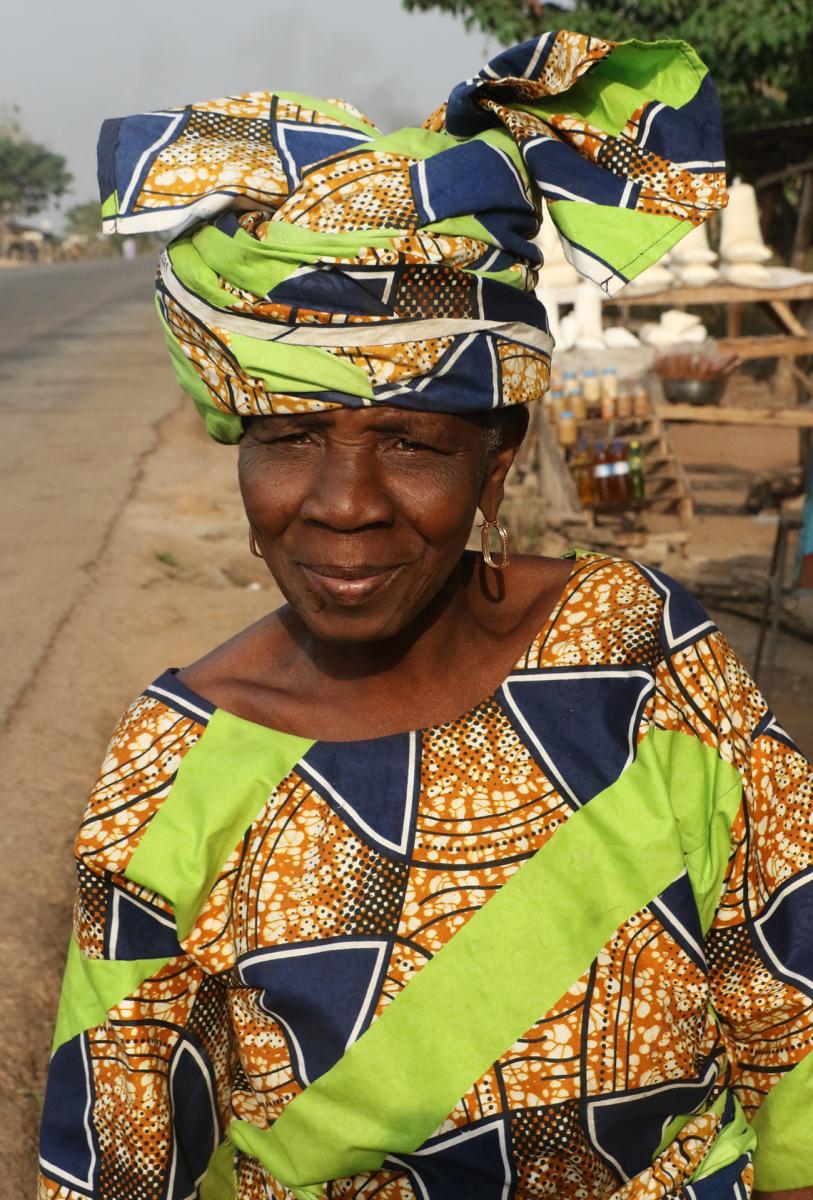 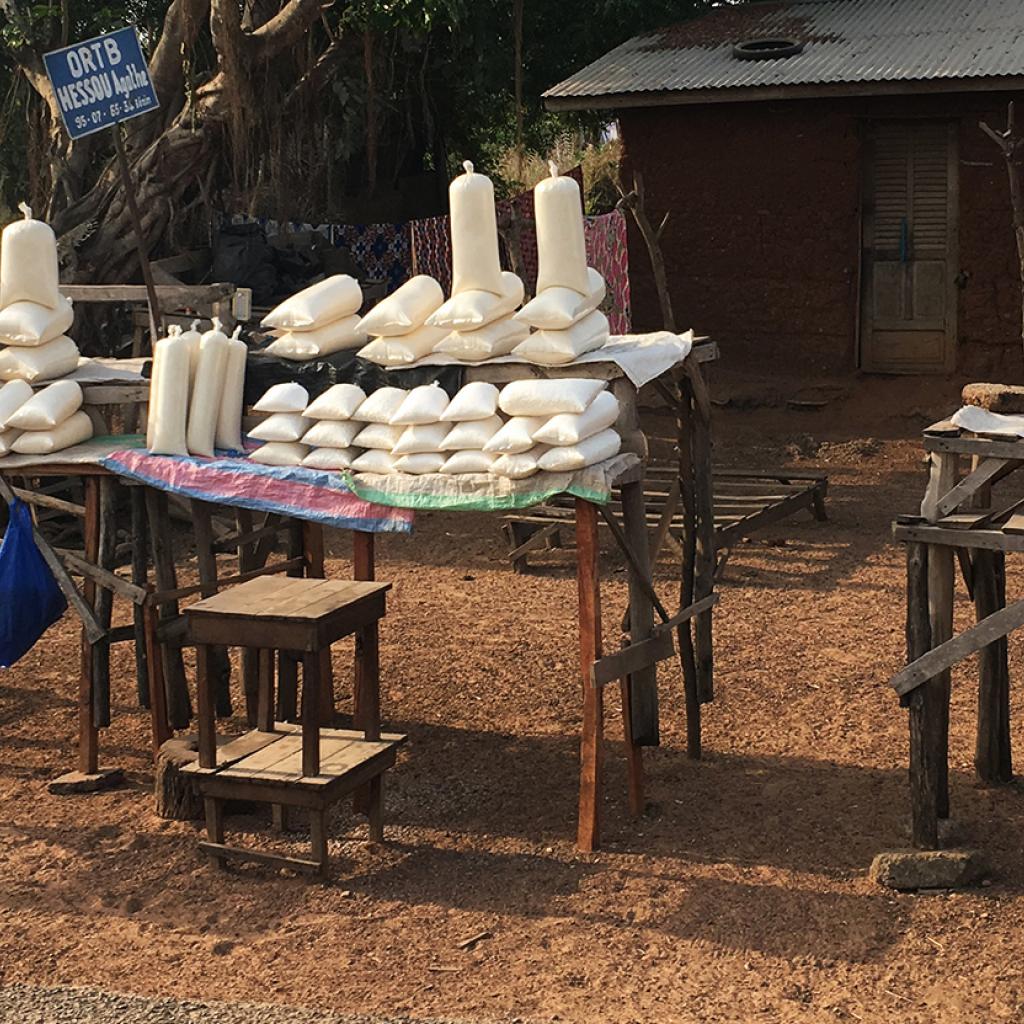 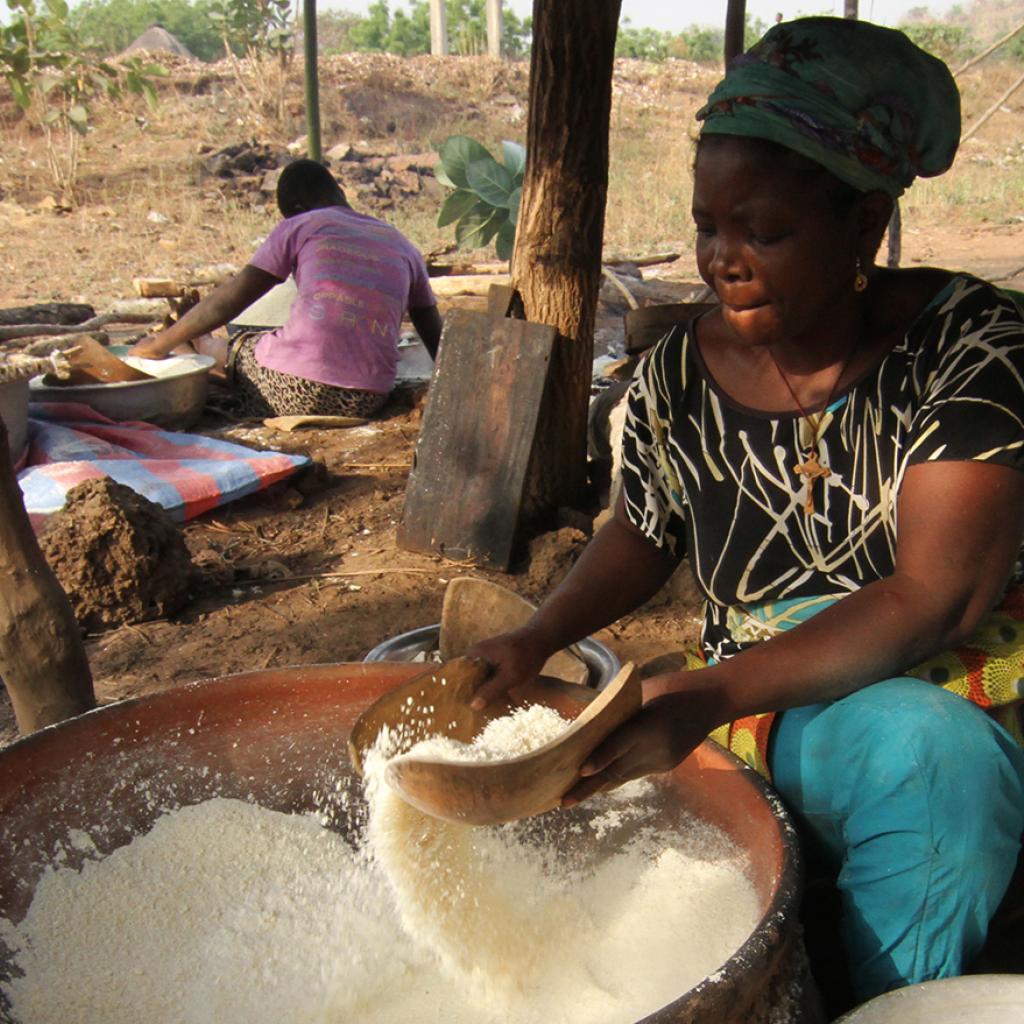 The Aja and the production of the yam