The Mursi, a tribe from the Omo Valley in Ethiopia, are divided into five local groups, bhuran, that correspond to the areas in which these groups live and cultivate; these areas are located along the Omo River and are those affected by seasonal floods that make the soil fertile.

The local groups of the Mursi are, from North to South:

Local groups refer only to the areas of the territory that are inhabited and cultivated, they do not have a direct correlation with the social organization of the Mursi, but still have implications that influence the relationships and social events of the Mursi.

It is easier to identify the various territories by observing where the local groups are most concentrated, rather than looking for the borders of the territories themselves.

Actually the Baruba, Mugjo and Biogolokare are the most recent local groups, before they were all part of the local Dola group.

To understand the evolution of local groups, it is essential to analyze what little is known about the history of the Mursi tribe and their migrations.

The most recent migrations of the Mursi were a sort of invasion into the territory of the Bodi with which they came into conflict.

About 150 years ago the Mursi, who came from the territories to the West, crossed the Omo River and began to settle along the Eastern bank of the river; this is considered a very important moment in the history of this population and is reported in the oral stories of the tradition as a fundamental event in the creation of the Mursi's true identity.

In this period there were only three local groups: the Ariholi, the Gongulobibi and the Dola, the latter occupying today's local area of ​​the Biogolokare.

A few decades later there was another migration, this time towards the North and towards the Mara River, up to today's Northern border of the Mursi territory.

Following the migration of the Mursi North to the Mara River, the local Dola group, who was once the Northernmost group, progressively changed its name and, in more recent years, three new groups were introduced: the local Biogolokare group, who occupies the original territory of the Dola, and the local Mugjo and Baruba groups, who are located in the new territories further North; the names of the new local groups only became common in the 80s of the twentieth century.

The migration did not happen in a single moment, but it was a process that covered a period of a few decades that saw entire families or even individuals as protagonists, looking for new land to cultivate; many of those who migrated belonged to different local groups or clans and, once married, they preferred to venture out in search of a new place to live and cultivate.

Some rituals, very important to the Mursi, such as the Donga ritual, the fight with sticks, and the celebration of overcoming the rite of passage, nitha, each year follow a sort of calendar that establishes that the rituals are celebrated from South to North, to retrace the path of the last migration to the North.

Marriages between members of local groups are permitted unless the couple are part of the same clan or are of clans forbidden to marry. 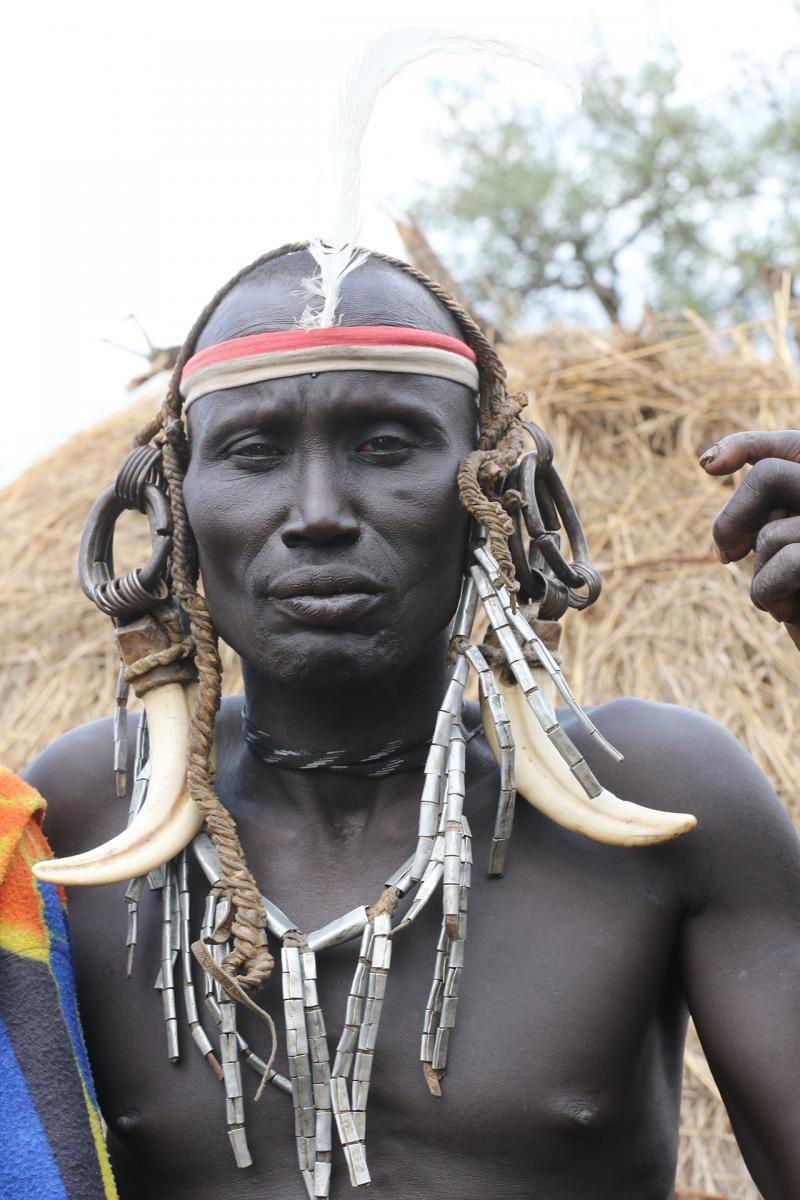 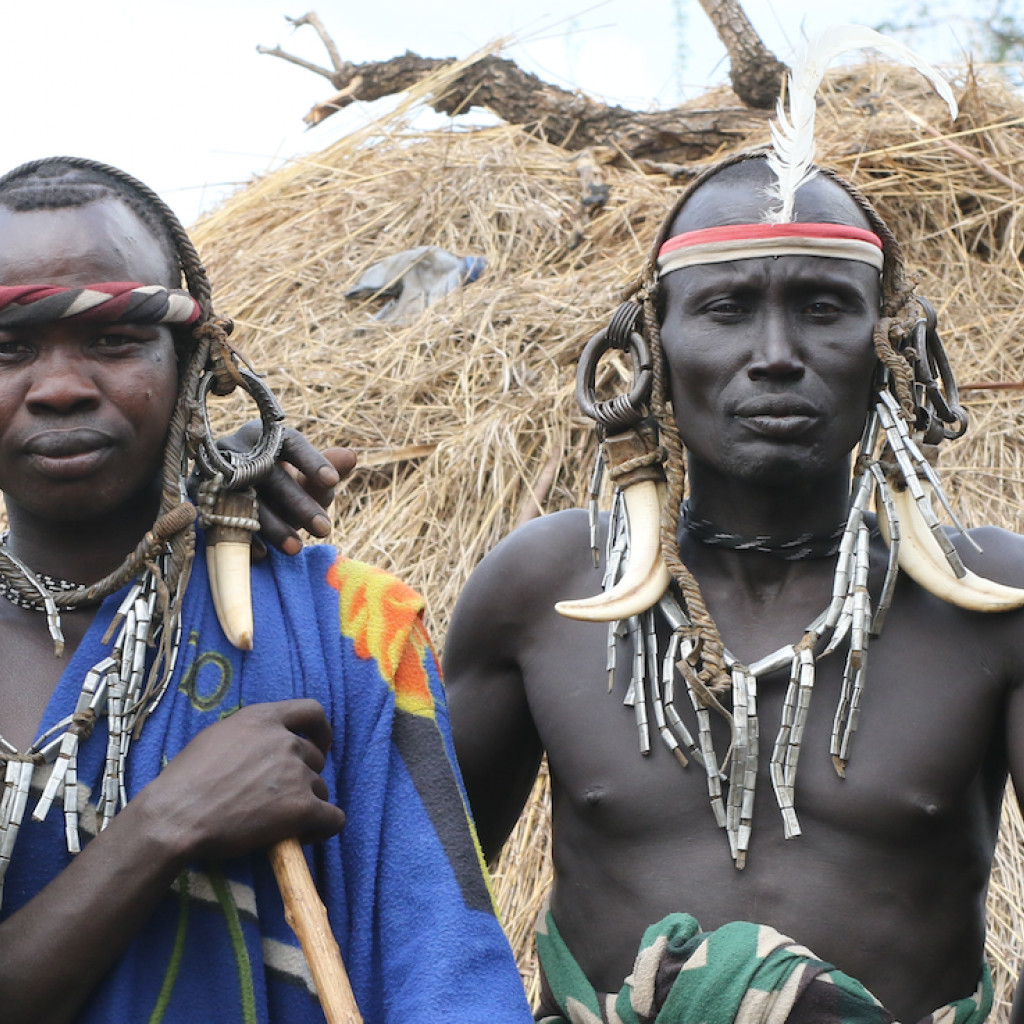 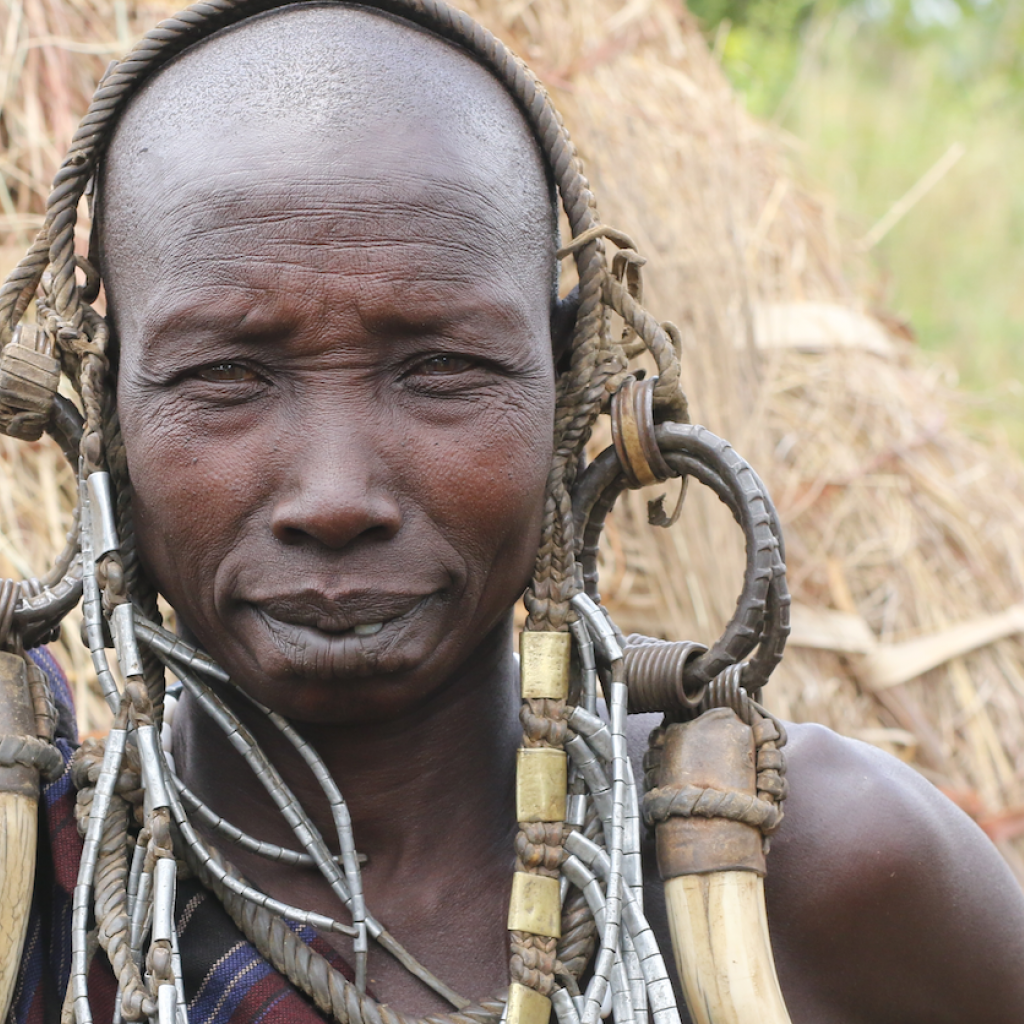 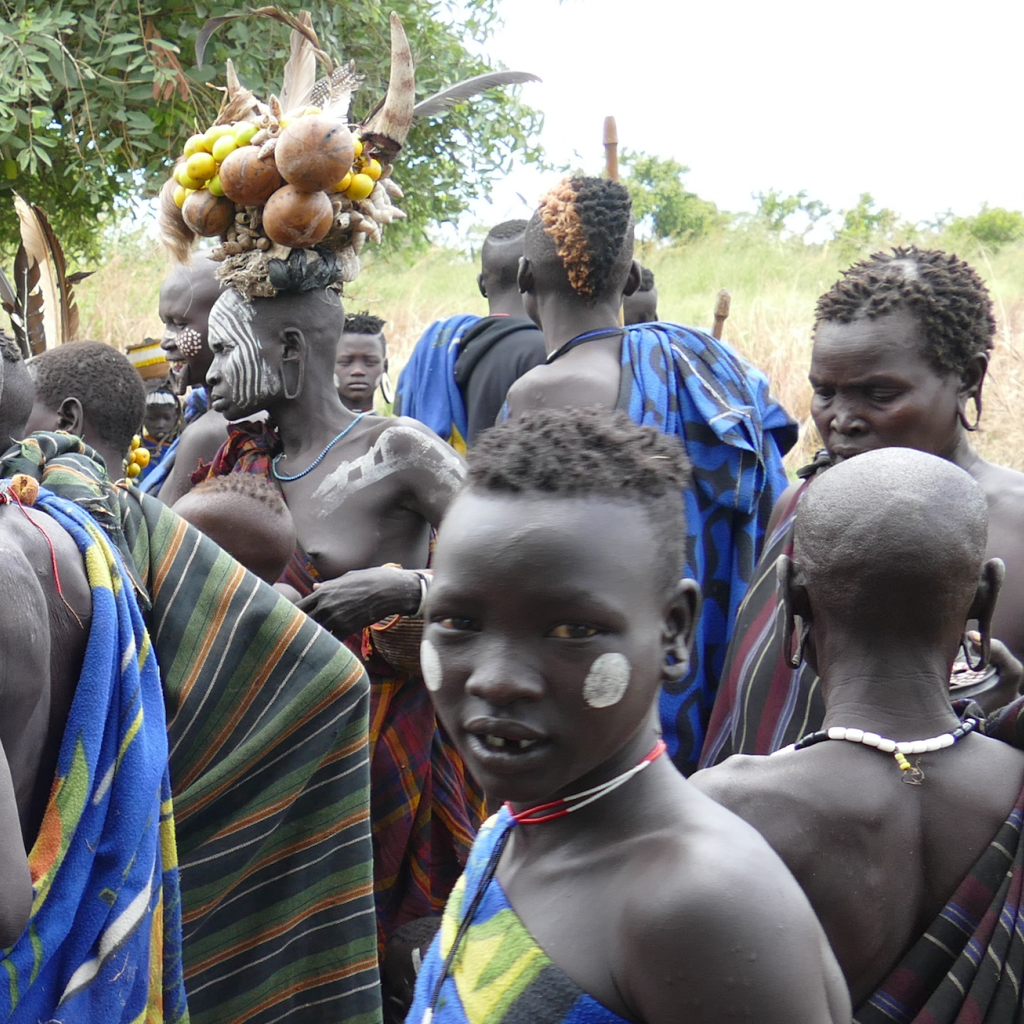 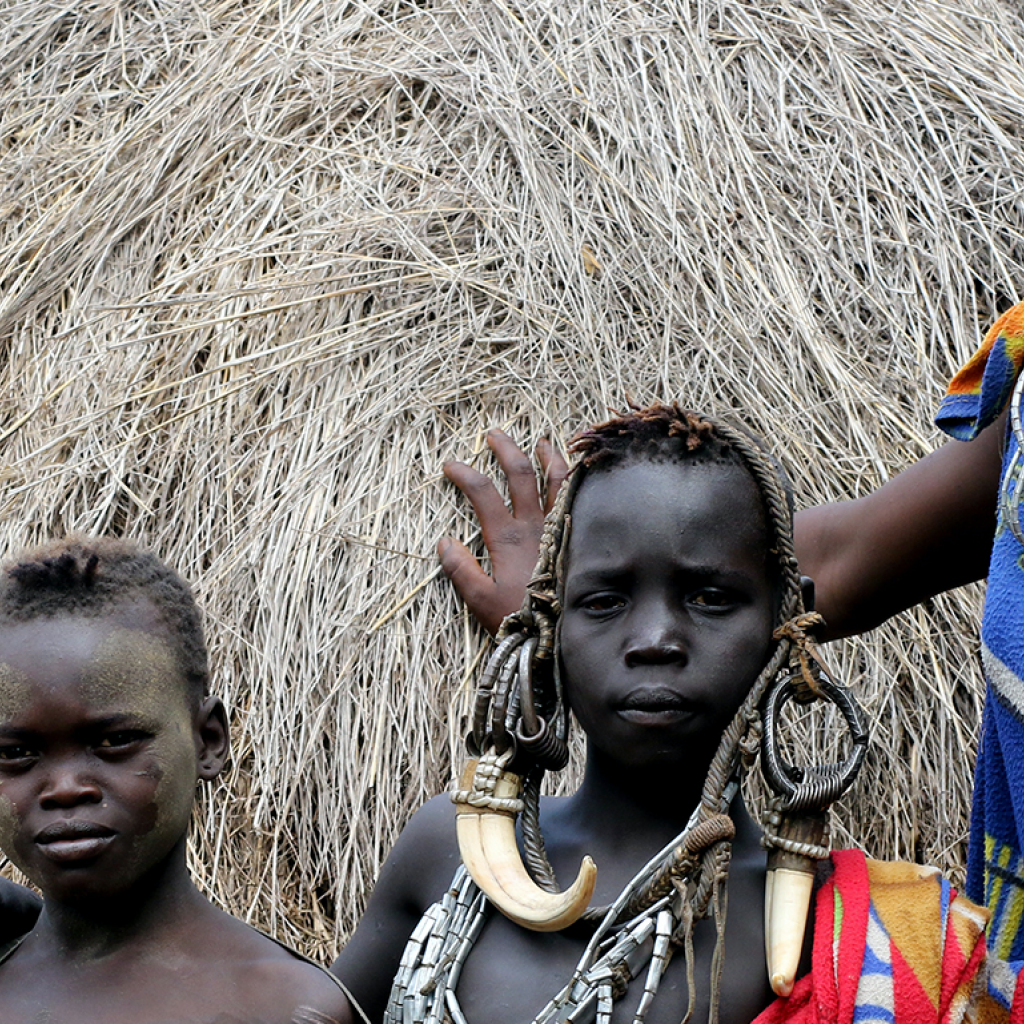