In the culture of the Mursi, one of the best known populations of the Omo Valley in Ethiopia, marriage is very important and its celebration, in addition to involving the whole community, includes a series of traditional rituals that must be performed.

The actual marriage ritual, or gama, that establishes the union of a couple, is preceded by some rites, two male and one female. The performance of these rites allows the two promised to marry.

The Mursi rituals that precede the celebration of marriage:

• The male ritual of having to celebrate the kidong ko duri ceremony, or simply duri

• The feminine rite of the tugha

The future husband must have the necessary assets to be able to pay the marriage compensation, a sort of price to be paid for the bride, that must be paid to the future wife's family; this payment does not mean that the future husband buys the future wife from her family of origin, but rather represents an indemnity to compensate for the loss, in terms of work and fertility, caused to the bride's relatives.

In the culture of the Mursi there are a series of very specific rules that govern this economic transaction, that is very important and fundamental for every man about to get married.

The future husband will have to deliver, with the contribution and help of his relatives, a certain number of cattle, usually 38, and an AK47 rifle to the father of the bride, before the latter goes to live with her future husband.

The tradition of paying marriage compensation is common to all the tribes of the Omo Valley, even with rules that differ from one tribe to another; for this reason, when a daughter is born, the girl is considered a guarantee of well-being for her family.

If the bride's family demands for cattle are not met by the future husband, the girl who is to marry could suffer a curse that will lead to her not being able to have children or a possible child will die.

The kidong ko duri is a full day party of dancing and singing; the songs narrate the new life and new responsibilities that the couple will have as a consequence of the marriage, such as having children to give continuity to their descendants.

During this festival some cattle are killed and slaughtered and the meat is served to all participants.

At a specific time of the day, all the participants in the ceremony sit in a circle and are served coffee, or bunna; when everyone has received the coffee, a man, a relative of the groom, sits in the center of the circle and starts talking to a woman, this is a kind of theatrical performance that narrates the marriage.

During this day there are also games that can sometimes become violent: the women present at the ceremony sing, laugh and chase each other holding twigs in their hands that, at a certain point, begin to pull against each other, but always smiling for expressing happiness for the celebrated boy.

Songs, dances and games continue all day and all night to celebrate the new life that the couple will have.

The tugha ceremony, that must be faced by the future bride, is the last of the rituals that precede the actual wedding; during this rite the bride receives the blessing of her father who thus gives her consent to the wedding.

The tugha also represents a rite of passage in a woman's life: from daughter she becomes wife and, as a consequence of this, she assumes new duties and responsibilities towards her new family.

Even if the future wife separates from her original family, she can continue to cultivate with her mother as she did when she lived with her; in fact, the new families can decide where to live, there are no obligations or restrictions in this sense, so often the girls decide not to go away from their mother.

The Mursi cannot decide to marry whoever they want, there are some limitations that are mandatory.

It is forbidden for a Mursi to marry a woman who belongs to his own clan, since the members of a clan are in practice members of the same family; they cannot even marry a woman from his mother's clan or who is descended from his 4 paternal great-grandparents.

However, sometimes in reality it can happen that exceptions are made, also because sometimes it is complicated to establish kinship ties, also as a consequence of the practice of polygamy.

The Mursi men can marry women of other Mursi clans, but not from all other clans.

The Mursi are divided into 18 clans and some of these have closer relationships than others, for example men of the Bumai clan can marry women of any clan, while members of the following clans cannot marry: Komorte, Juhai, Mangwi and Ngeriai; the reason is to be found in the more or less close relationships or in the possible kinship between the ancestors, moreover it is said that some couples who ignored the ban, got married anyway and were persecuted by bad luck.

It is possible for a Mursi to marry a woman from another tribe, but it must be a tribe that has peaceful relations with the Mursi or is very close culturally, such as the Kara, the Chai and the Suri; while he cannot marry a woman of rival tribes or with whom the Mursi are, or have been, fighting for the pastures or for the territories such as the Hamer, the Bodi, the Bume and the Banna, although with the latter they have managed to reach an agreement for a peaceful relationship. 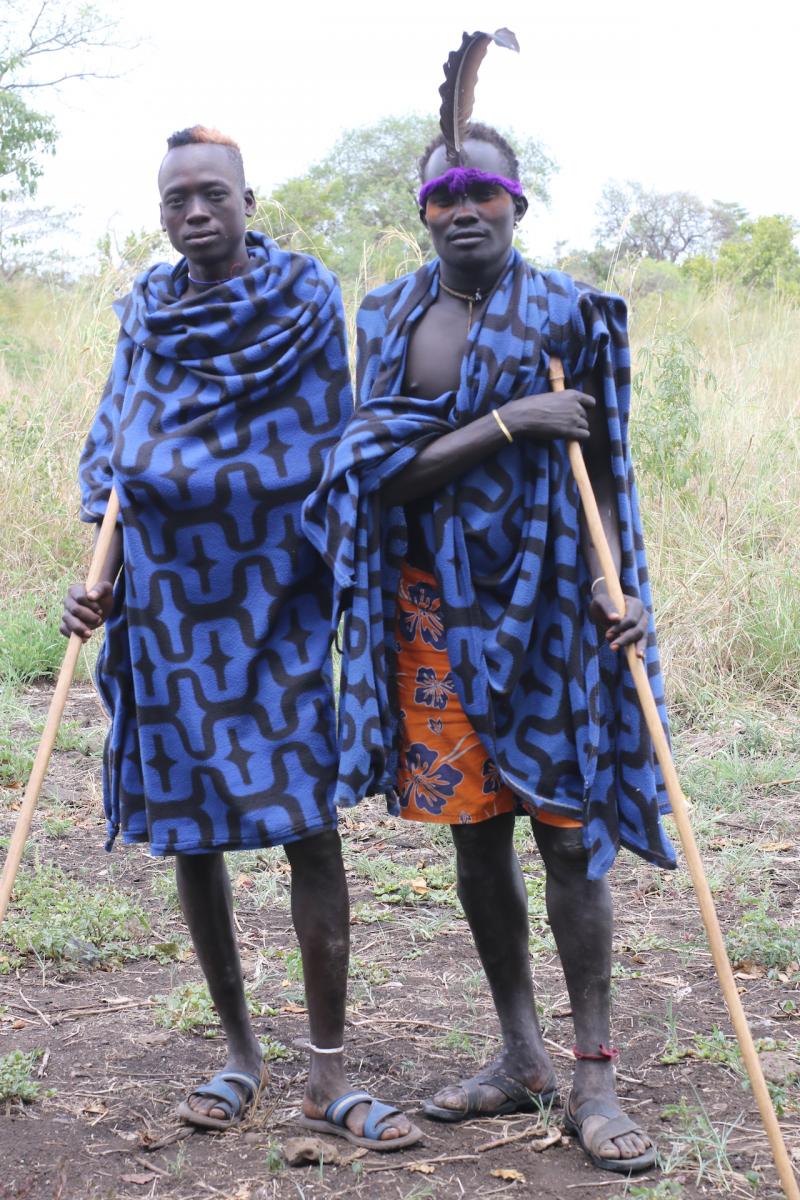