Livestock plays a central role in the culture of the Mursi, who share this aspect with other tribes of the Omo Valley in Ethiopia and, more generally, in East Africa.

The Mursi are both breeders and cultivators, but it is clear that livestock, consisting mainly of cattle, is very important and has a role that goes beyond the simple source of food but is relevant for many aspects of their life.

Livestock is the primary source of food for the Mursi, but it also represents the heritage of a man who uses it in different situations: as a bargaining chip, to be able to marry, in ritual sacrifices and to celebrate important events in his life and of the clan he belongs to.

But the centrality of livestock in the Mursi society goes far beyond, defining some aspects of the Mursi language and also the relationships between individuals.

This centrality of livestock in culture and social relations is not exclusive to the Mursi, but is common to various agro-pastoral societies, mainly of Nilotic origin, of South Sudan, Ethiopia, Kenya, Northern Tanzania and Northern Uganda; an example are the Masai.

Livestock is omnipresent in the societies of these East African populations and this phenomenon has been identified with the expression of Complex of Livestock: an obsessive relationship with livestock has been highlighted, that sometimes leads to a lack of rationality and the presence of livestock, directly or indirectly, in all speeches and activities of a tribe.

Livestock is important and central to the culture and society of the Mursi:

• Centrality of livestock in the feeding and survival of the Mursi

• Fundamental social and cultural importance of livestock for the Mursi

The importance of cattle for the Mursi: nutrition and survival

The livestock of the Mursi is traditionally made up mainly of cattle and the Mursi are considered a rich tribe precisely because they have more heads of cattle than other groups, even if, compared to the Masai of Kenya and Tanzania, they have smaller herds in terms of numbers.

For the Mursi, as for the other Nilotic tribes, cattle have always represented a reliable and always available source of food.

Milk and blood from cattle is one of the cornerstones of their diet, they are a source of protein and are always available; the Mursi also eat the meat of their own cattle but only during special occasions, such as the celebration of an important ritual, or when a head of cattle dies.

In reality the Mursi are also farmers, but agricultural products, unlike livestock, are not always available for consumption: the seasonality of crops and unpredictable environmental and climatic phenomena, such as a flood or drought, mean that the fruits of fields are not considered a reliable and always available food source.

Cattle are also an important bargaining chip between Mursi clans or with other tribes at tribal markets; livestock can be exchanged for agricultural products, with objects and tools necessary to carry out some activity and with weapons, in particular for the AK-47s that for the Mursi men have become a symbol of masculinity.

Finally, livestock is, for a Mursi, the most similar thing to assets or to a life insurance, that allows them to overcome even the most critical moments: in years of famine, for example, being able to exchange a head of cattle for food is essential. for the survival of humans, so livestock survival is paramount.

Even the history of the Mursi, or at least what little is known, testifies to the centrality of livestock: migrations and conflicts with other tribes all have livestock and its survival as the main reasons.

The importance of livestock for the Mursi: social centrality and cultural foundation

Livestock is not only important as a source of nourishment but it is fundamental in many, if not all, aspects of Mursi life, social relations and culture.

Marriage, a very important ritual in the life of a Mursi man, cannot be celebrated if the future groom does not pay the bride's father a payment consisting of several heads of cattle and an AK-47 rifle.

This aspect of marriage also has an important impact on kinship relations and on the interrelationships among members of a clan: to reach the number of cattle necessary, the future groom is helped by his family of origin, while when the father of the bride receives he does not keep all the cattle for himself but distributes them, according to predefined rules, with the whole family of the bride.

It follows that the birth of a daughter is important not only for the parents but for the whole family, as her marriage will be an enrichment for everyone.

Livestock also plays an important role in the celebrations of rituals and festivals: on special occasions one or more heads of cattle are slaughtered, cooked and then offered to all those participating in the event; in this way the social relations among members of the same clan or among different clans are also strengthened.

The centrality of livestock in the culture of the Mursi means that many aspects of the life of the tribe are directly related to cattle: in addition to being the basis of interpersonal relationships, between men and women and among members of the same age group, and of social organization, they are also involved in defining a man's identity and, last but not least, are a reference for the lexicon.

Each Mursi does not have a single name, but has several that are attributed to him in the course of his life; for men, one of these names is the noun that identifies the color of the coat of what will become their favorite head of cattle.

A particular bond is established between a man and his favorite bull, but also with all his herd; consequently not only will he take care of them, but the various heads of cattle will be the subject of some body modification rituals.

A curiosity: the nouns that are used by the Mursi to express colors can actually be traced back to the size of the coat of their cattle.

The body and aesthetic changes made on cattle, the relationship between the colors and sizes of the coat, the importance of the favorite bull, the link between the names of men and cattle are all evidence of the centrality of cattle in the Mursi culture. 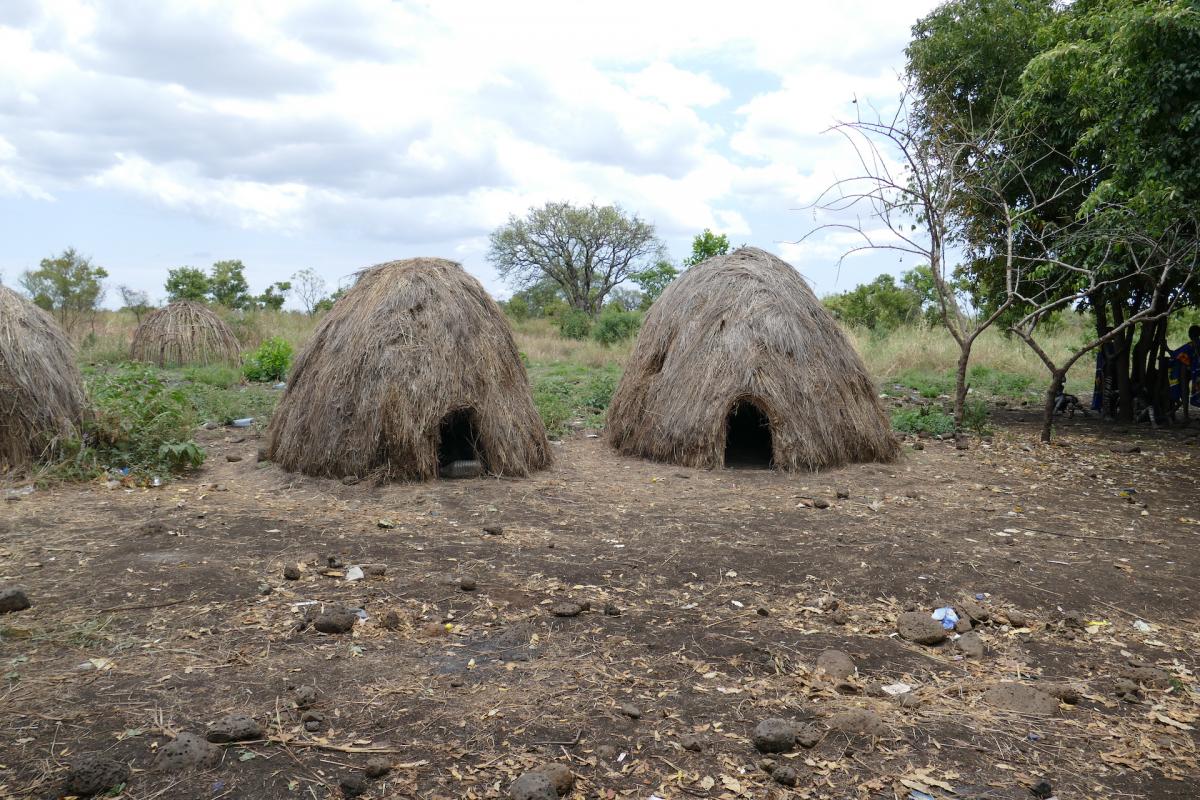