The Mursi are one of the many traditional tribes living in the Omo Valley, in Ethiopia; they are known for the accessories they wear, such as women's lip plates, and for the scarifications they practice.

The Mursi also have a complex social organization; within this there are some figures who are very important for the role they hold and for the tasks they perform.

The important figures in the social organization of the Mursi are:

• Nani: the healer or "doctor"

• Ngerre: the female healer or "sorceress"

The Komoru, the priest in the Mursi society

The Komoru, or priest, is the most important figure in the religion of the Mursi, he is the intermediary between individuals and the divinity Tumwi and represents, in his person, the collective well-being; this is both a religious and a ritual role.

The only role that has been formally defined in the social organization of the Mursi is that of the Komoru; this is a role that is inherited, but the consent of the people is also needed to be able to be awarded this office, since the heir must be a respectful, hospitable man, capable of listening, if instead he were a bad person he is considered capable of cursing people.

The Komoru celebrates only rituals that concern the community such as to protect livestock and crops, to propitiate rain or for collective health; he never practices rites for a single individual.

The Komoru, because of the importance of his role for the community, should never leave the territory of the Mursi or his local group, his bhuran.

When a Komoru dies, a complex ritual is performed, after which his successor is acclaimed; sometimes the new Komoru is elected in a short time, other times it can take several years.

The Komorte clan is considered the clan of priests and most of the priests currently in office or in the past belong to this clan; although there are priests who belong to two other clans, the Garikuli and the Bumai.

The Nani, the healer in the Mursi society

Some Nani are able to heal an open wound, that is cleaned and treated with a very powerful healing herb, others operate as if they were surgeons, for example to suture a wound caused during a duel or if one is injured by a bull or by a wild animal.

The Nani is more similar to a doctor, while the women healers, the Ngerre, are the most active in the daily treatment of the diseases of the individuals of the community using rituals.

The Ngerre, the female healer in the Mursi society

The Mursi believe in the power of healers, who are called Ngerre.

The Ngerre, unlike the Nani, is more similar to a sorceress who cures diseases that can be traced back to Tumwi, the deity of the Mursi, from whom she receives messages about the various situations of people.

Tumwi manifests itself to the healing woman through the phenomena of the sky: a rainbow, birds or stones fallen from the sky, the color of the rain or other; the Ngerre interprets these manifestations and uses the information to heal people.

The Ngerre uses clay to carry out her healing activity: the clay is pink and green, like the colors of the rain and the rainbow; she also uses dung and plants to protect people.

Those who are afflicted by a disease from which they cannot otherwise heal turn to the Ngerre; the Ngerre practices her ritual, leto, halfway between religious and witchcraft, to heal them.

Usually every healer specializes in certain diseases and is rewarded for her services with a goat or coffee or porridge or beer or money.

The Jalaba, the speaker in the Mursi society

The Jabala is the one who in the Mursi society has political leadership, this is exercised only by men and never by women.

The role of the Jabala is neither inherited nor elected nor does it refer to the occupation of a man; it is rather a role that is recognized to a person on the basis of his personal qualities and his ability as a speaker.

The Jabala give their contribution during public meetings and debates and are highly regarded by the community; these meetings may focus on various themes and the speakers are called to express their opinion.

So the Jalaba is not a political and social office and it is not even a status, but a recognition by the community of a leading role in the discussions. 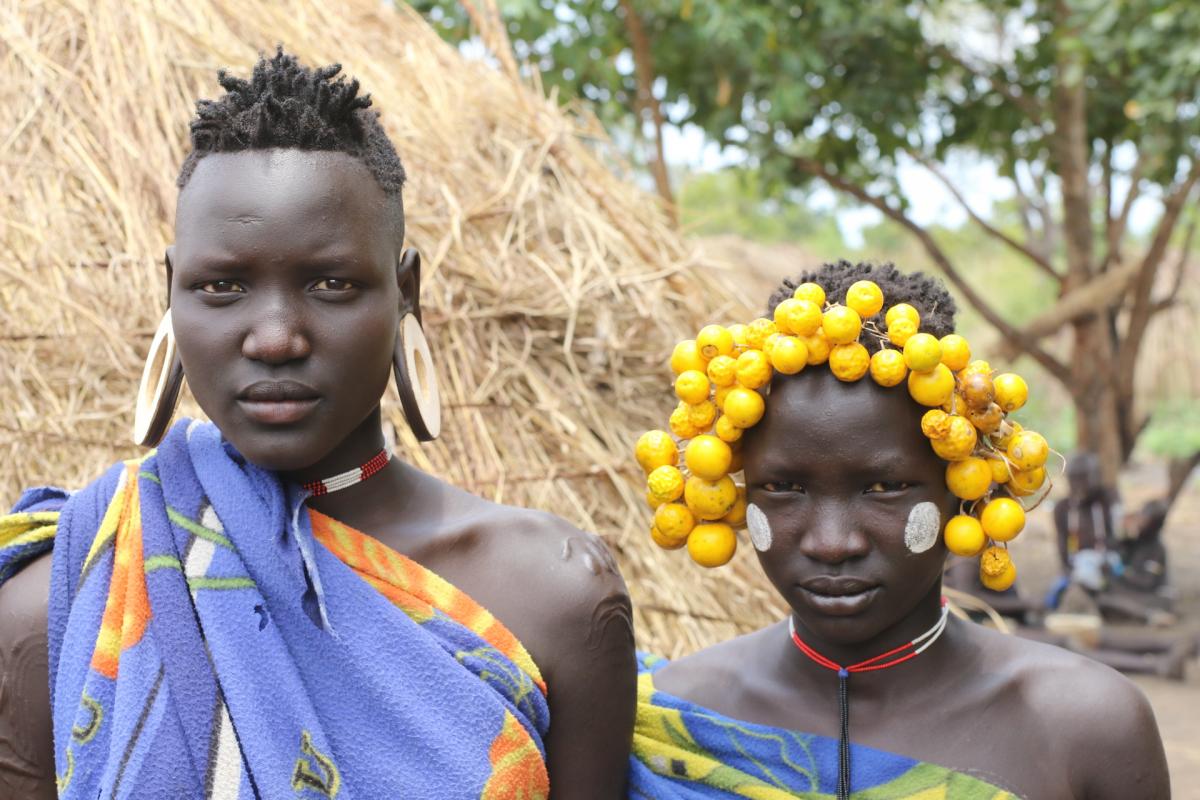