The Halaba live in a territory between the Bilate River and Lake Awassa or Awasa, that is about two hours drive South of Addis Abeba; they speak a language, Halabissa, that is part of the Cushitic languages ​​of the Afro-Asian group.

The Halaba are basically dedicated to agriculture, breeding and beekeeping thanks also to the land that is suitable for the cultivation of almost all types of crops, from cereals to vegetables and fruit; the main income crops include corn, teff, wheat and green beans.

In the past the breeding was the only source of subsistence for this population, so that the term Halaba derives from the word "halabata" that means "those who milk the cattle".

The Halaba society is divided into clansand uses a traditional administrative and judicial system called Serri Dagnomata according to which if a clan or several clans have a problem to solve they will have to discuss it together in an assembly, the Ogate, led by the village elders.

This assembly is held in a specific place known as Ogate Halla, that means in the shadow of the big tree.

The family is the main unit of the Halaba society, it is an extended type of family, consisting of the husband, wife, or wives, given that it is a polygamous society, and children.

The boys help their family by raising livestock, cultivating the land and collecting honey, while the girls usually help their mothers to get water, to collect firewood and to do household duties; girls are also responsible for caring for younger siblings.

Support and assistance to parents by sons and daughters continues even after the marriage of the latter and after establishing their own family; they continue to help their parents and relatives during their old age, in case of illness and when they have difficult problems to solve.

The Halaba huts have a circular shape, with a high, conical and thatched roof, the construction is done by hoisting a tall wooden pole in the center of what will be the hut, its function is to hold up the roof.

Internally the hut is divided into two sections, a section designed to accommodate work tools and livestock during the night and an area for family members.

The residential area is usually painted and houses the traditional objects that are used for food preparation; these objects are made of ceramic, wood or from pumpkins that are often used as vessels or containers for liquids such as milk and honey.

The traditional hut has no windows and the light only filters through the two doors in the lower section of the hut.

The Halaba have a particular propensity to paint the walls of their houses with a unique and unmistakable style; decorating their homes, both inside and outside, is a well-established tradition, the paintings describe the tastes of the landlord, his life, his religion or his dreams and his desires.

Black, white and red are the traditional colors that are used to paint the walls of houses, while the most recurrent designs are flowers and plants, such as the enset or "fake banana" an edible plant widespread in Ethiopia, scenes of daily life, such as milking, or writings with religious phrases.

Every year, during the rainy season, these paintings are damaged and therefore must be restored or remade from scratch.

A decorated house is also a status symbol, it is in fact an identifying sign of wealth in the Halaba community.

In addition to the painted houses there is another element that makes the Halaba immediately recognizable: the Koomita, a huge very tall top hatthat is used both by youngsters and adults to protect themselves from the sun and rain. 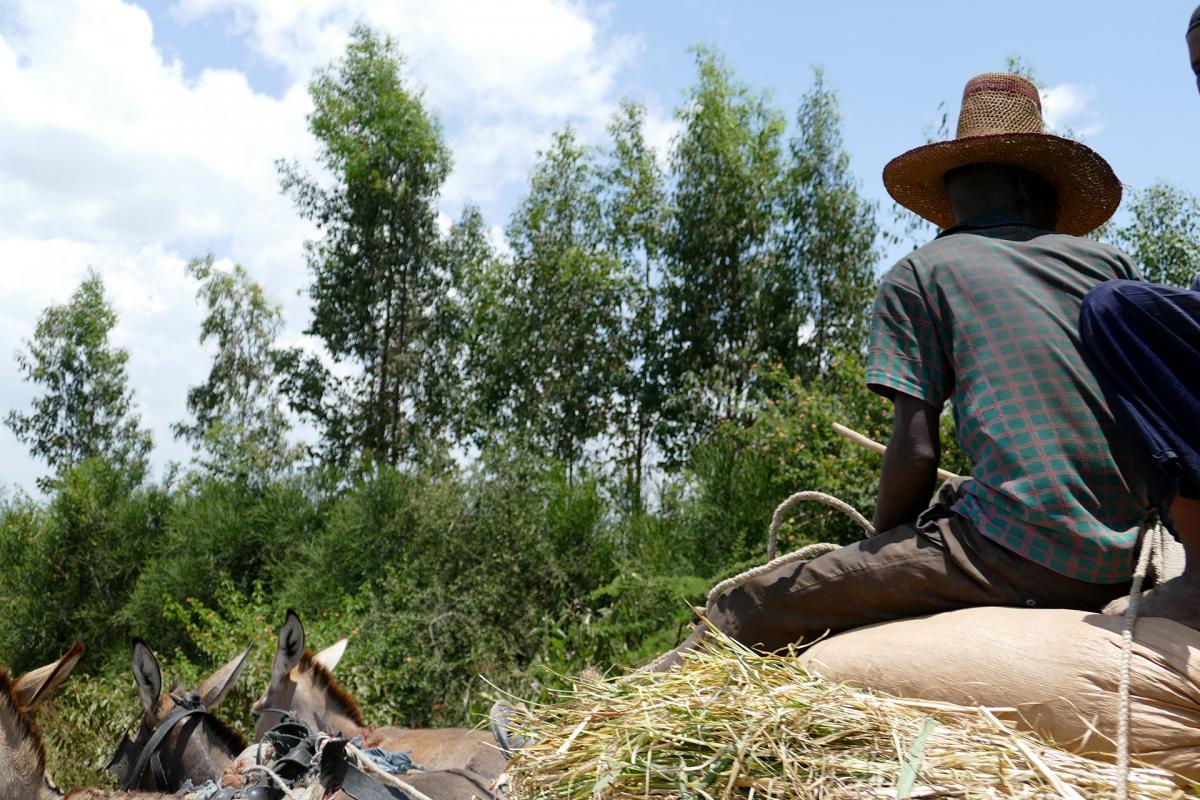 Circumcision, both male and female, is practiced as the main rite of passage; according to the Halaba tradition, boys and girls cannot marry before being circumcised.

The ritual is practiced at the age of 8 for both sexes, the day is decided by the parents, at the beginning of the summer season.

Before the circumcision ceremony,parents and relatives of the initiates must prepare food and drink supplies to offer to those attending the party, they must also build a special bed, raised two meters above the ground, to protect and isolate the circumcised from contact with the sand, dust and droppings from cattle, that spend the night in the hut, thus avoiding possible infections.

In the Halaba culture the period of circumcision lasts a total of six months.

Four weeks after the circumcision, the initiates find themselves at a place called Neketa, that is usually in the shade of a large tree, here they will be given a new name and they will learn traditional dances and songs and even how to use sticks to fight.

The end of the six-month period of the ritualis made official with a party, Falla, during which a sheep is sacrificed and the circumcised girls, helped by an old woman, cook the meat and distribute it to the male companions.

The traditional fight with sticks, or Huluka, is one of the Halaba indigenous traditions; this fight is performed by the circumcised boys at the end of the Neketa period and after the Falla party.

During the fight with the sticks, the boys must show their valor, their courage and their strength by handling a stick about 2 meters long that, in the language of the Halaba, is called Legaa.

The Halaba have some beliefs or superstitions related to marriage.

When the future spouse and his relatives go to the house of the bride's family, to ask for the blessing and approval of the marriage by her family, they are very careful to observe if, along the path they have to take, events occur of good or bad omen.

Meeting women who carry vases full of water, being welcomed into a house when the coffee ceremony is being prepared or meeting unmarried girls are all signs of good luck and future luck; coming to the girl's house while she cleans the house, meeting a married woman, seeing a wolf crossing the street or not finding the girl at home are all signs of bad luck. 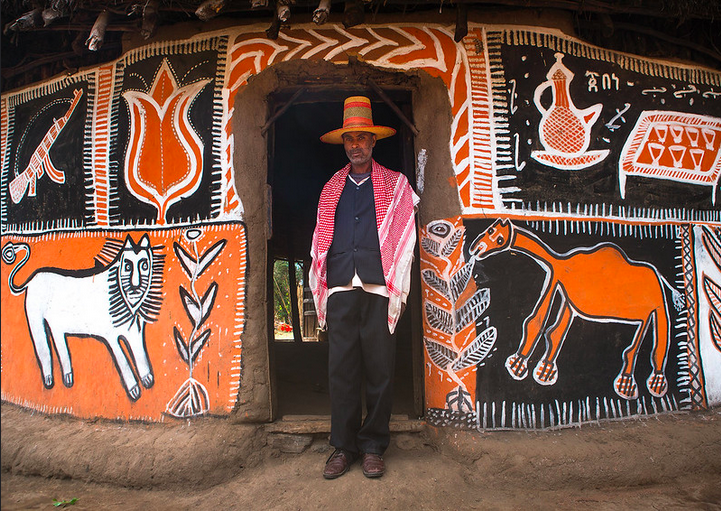 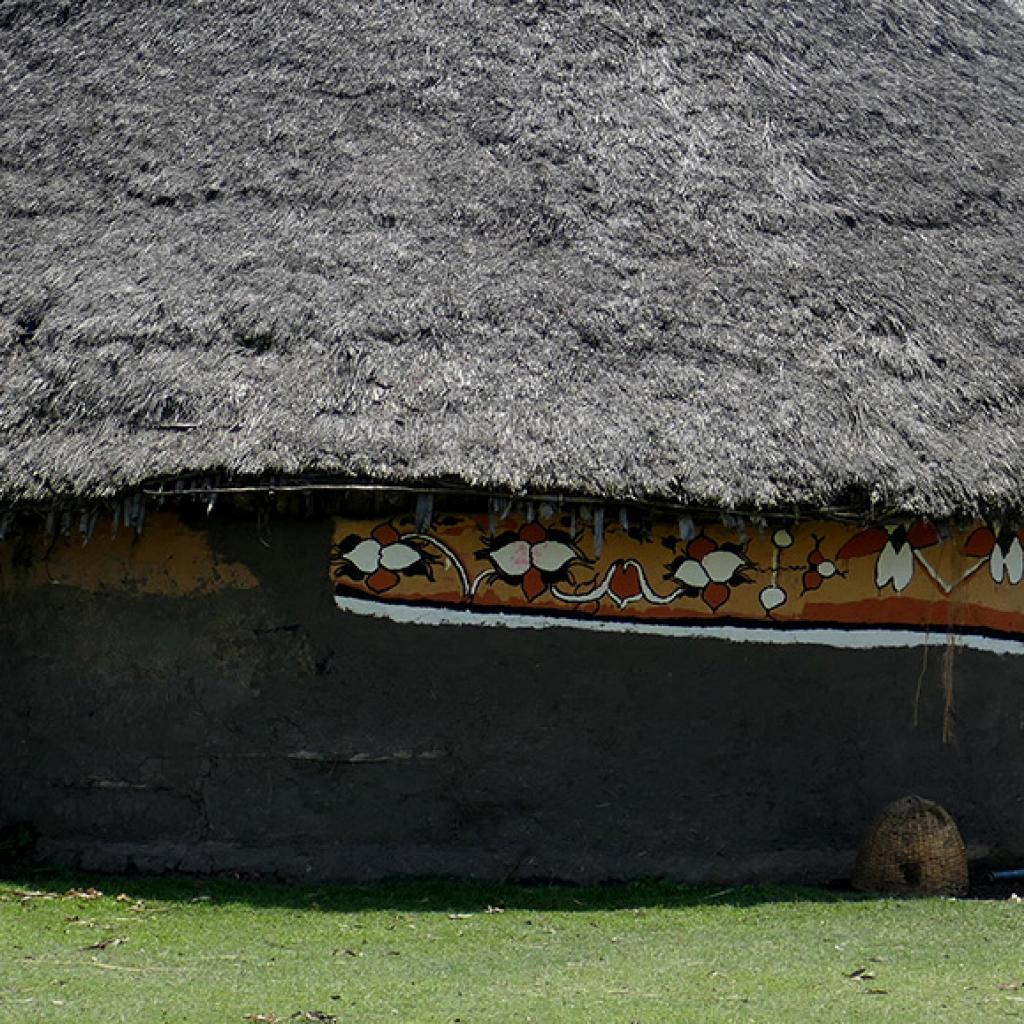