The Dorze are a small ethnic group of omotic language belonging to the largest Afro-Asian family of languages ​​living in the Gamo highlands of the Southern region of Ethiopia.

The Dorze are estimated to be around 30,000 people living mainly in the villages near the cities of Chencha and Arba Minch, their territory extends from the banks of the Omo river to the highlands that dominate the Abaya lake at about 2600 meters height.

In the past the Dorze were feared warriors, but now they are mainly devoted to agriculture and hand weaving.

The history of the Dorze is not very documented, however the anthropological and linguistic sources available state that the Dorze occupied the areas of the Gamo plateau in the Omo Valley, many centuries before the conquest by Menelik II, that occurred at the end of Nineteenth century.

According to the Dorze oral tradition, the society consisted of 25 clans, these clans all came from different areas but managed to give life to a united group settling on the highlands.

Before the introduction of Christianity the Dorze were animist and followed traditional beliefs, they believed in a supreme creator of the world called Tawa; Tawa communicated with men through mediators, these were the diviners called maros, they possessed divine powers to solve problems.

In addition to the creator god, the Dorze believed in the spirits and manifestations of nature.

Today the Dorze are Coptic Christians and are fervent practitioners.

The Dorze are famous for their huge huts, up to 12 meters high, that resemble a giant beehive; these huts are built with a very resistant bamboo structure and covered with an insulating layer made by weaving grass, false banana leaves and bamboo stem.

Although these huts appear fragile, they can last up to 80 years with proper maintenance and replacing areas of the roof that get most damaged by atmospheric agents.

If the termites attack the hut, the Dorze can simply remove it from its foundation and transfer it, thanks to its special structure; this allows the house to last much longer.

The houses are built very high because, each time the house is attacked by termites and ants, the affected area is removed and the structure is lowered; however, this also creates a problem with the entrance door that is likely to become too low.

The Dorze have solved the problem by building, on the front of the hut, a protruding structure that they use as an antechamber but which allows you to cut a piece of roof and raise the door without affecting the supporting structure.

This structure looks like a big nose and, together with the two ventilation holes always placed on the front of the hut, make the construction resemble the face of an elephant.

The huts inside are incredibly spacious, the bamboo structure does not need support columns and the interior space houses a sleeping area for the whole family, an area where to light the fire, an area dedicated to the distillation of grappa and sorghum beer and where to store food supplies and finally an area where the animals are found.

Keeping the animals inside the hut has the double advantage of protecting them from thieves and having a natural and free source of heating during the cold nights on the highlands.

Each family lives in a compound formed by the main hut and other smaller huts, one of which is used as a kitchen, while the other is a sort of honeymoon shelter; in reality this hut is used by the new couples for three months, the time required to build the main hut.

Around the clearing dedicated to the huts there is a garden where the Dorze cultivate the enset, or false banana, cotton and coffee and where the main activities of the family are carried out.

In the fields outside the village the Dorze mainly cultivate sorghum and other cereals.

The women of the Dorze tribe have most of the responsibilities within the family, they take care of children and homes, are responsible for preparing food, spinning cotton, collecting firewood and especially processing the enset that represents the main food source.

The Dorze men spend most of their time in the fields, they also build huts and weave; the Dorze society is indeed famous for the hand-weaving industry, locally-woven cotton products are known as shama and are very beautiful and colorful.

The ancestral traditions have almost completely disappeared, some traces remain only during funerals and weddings.

Regarding funerals, members of the Dorze community sing and dance before, during and after the celebration of the funeral rites, that involve the whole village, these songs and dances have the function of defeating death and avenging the deceased.

For marriage, tradition has it that the future husband goes to the bride's house and kisses the knees of her relatives.

In the past the Dorze practiced male circumcision but this practice was abandoned almost totally, only some old clans continue to practice this ritual. 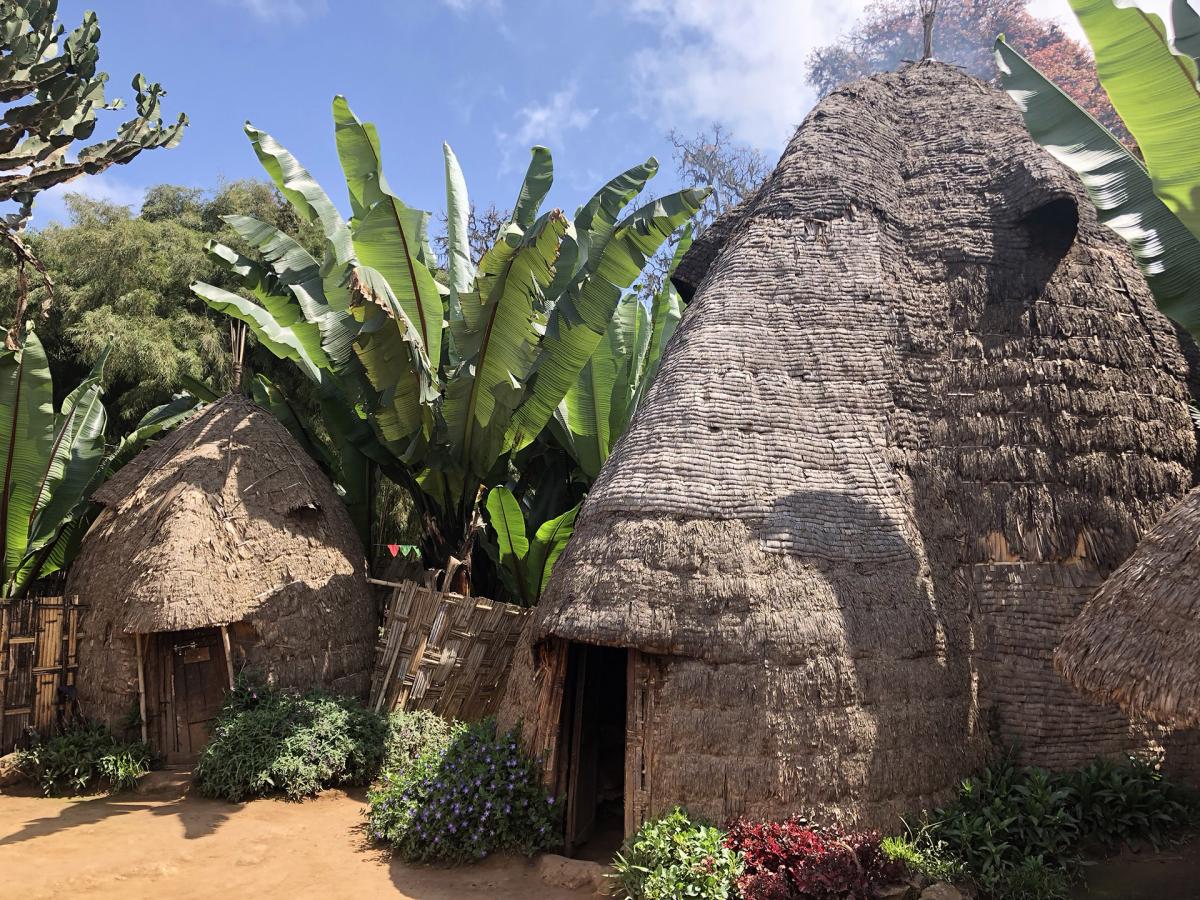 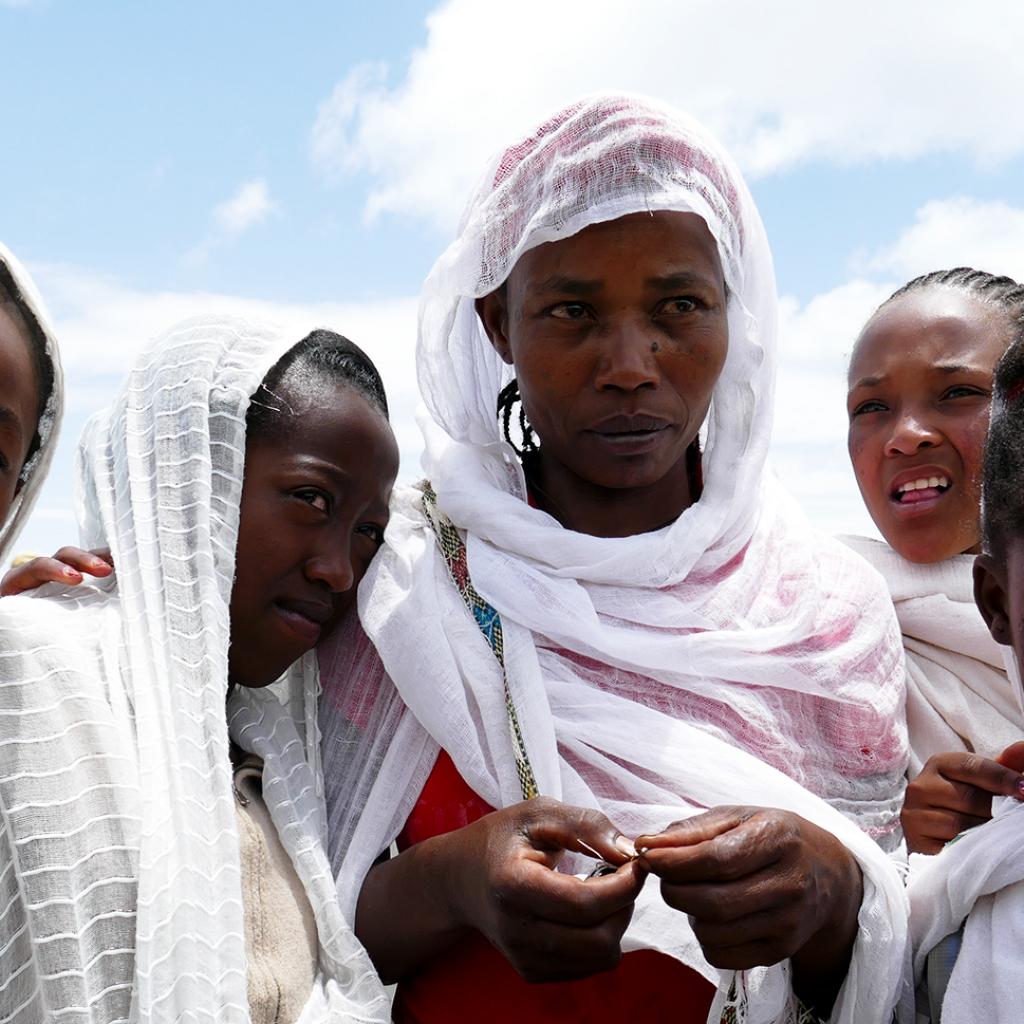 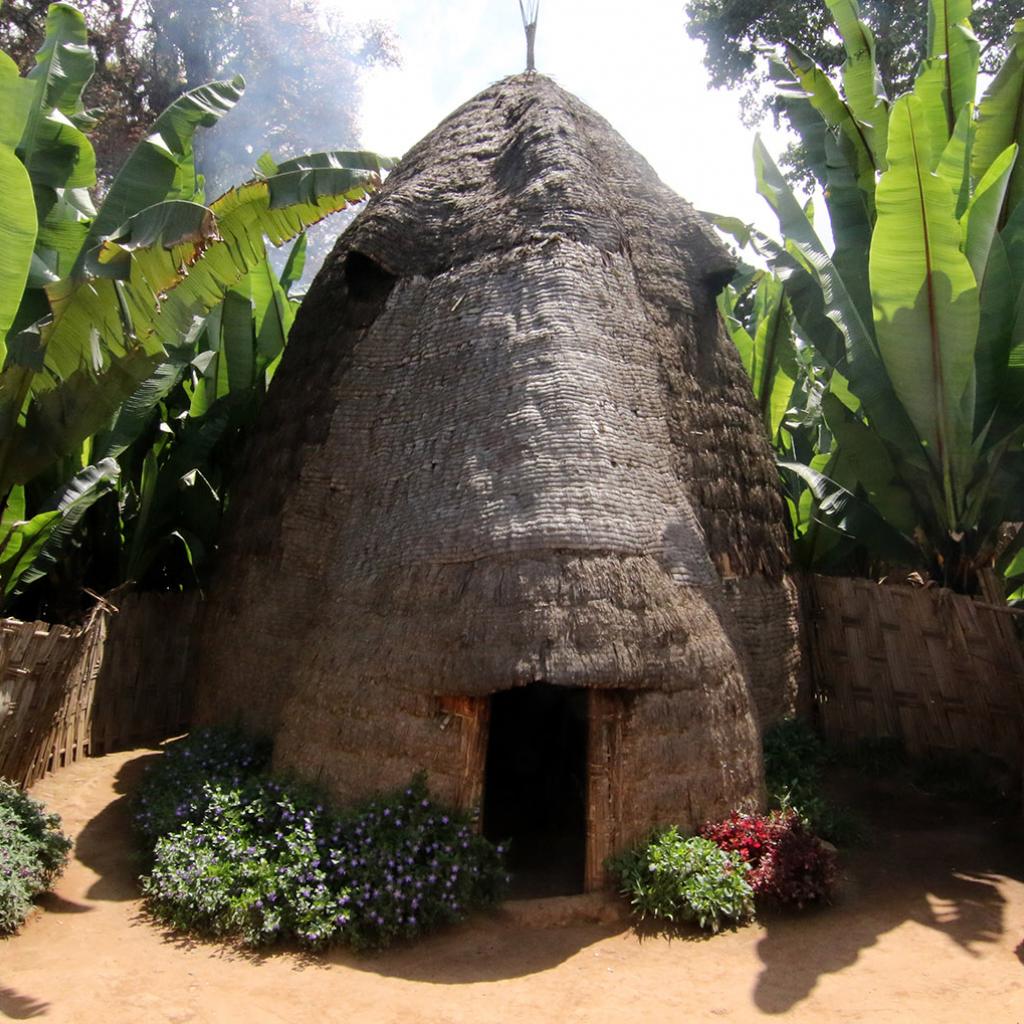 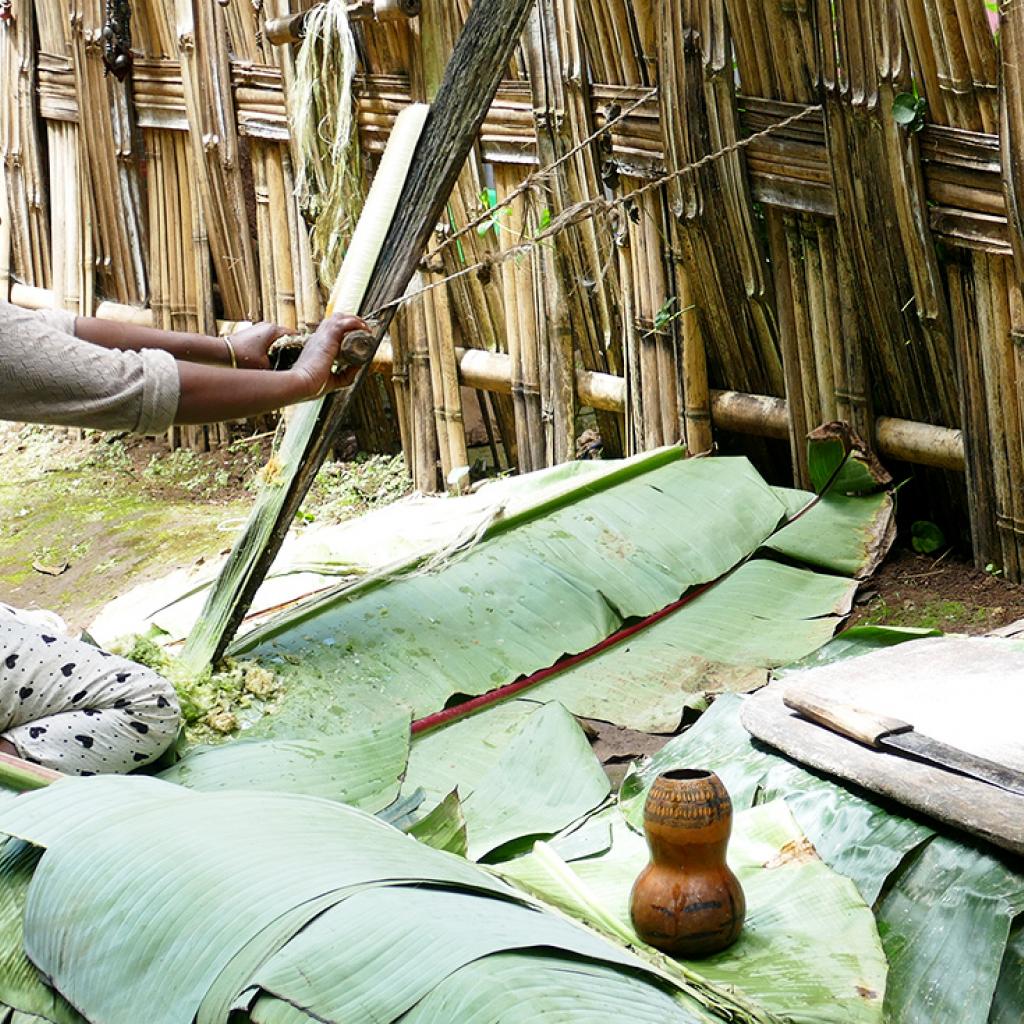