In the Southernmost area of ​​the Omo Valley, in Ethiopia, lives a population who has adapted to live in a harsh and inhospitable environment, these are the Dassanech

This population, like other populations of the valley, and more generally of the African continent, devotes much attention to his appearance and uses numerous accessories, elaborate hairstyles and scarifications on the skin.

The Dassanech have a very high and lean body, they wear only a sort of fabric or leather skirt knotted around the waist and give great importance to the accessories; both men and women wear metal or bone bracelets and numerous necklaces made with colored beads.

The Dassanech also practice some body modifications that are aesthetically pleasing and a status symbol; they practice a hole in the lower lip, where a small feather is subsequently inserted, they also practice scarification on the skin of the back, shoulders and abdomen to be more attractive or as a sign of courage.

In the past a man who killed an enemy could exhibit on his body, abdomen or chest, a scarification that represented an honor, a sort of medal to show off for life, even the women of the family scarified themselves on shoulders and back to show belonging to a hero's family.

Also the ear lobes are pierced and, both men and women, use showy earrings; while the practice of painting one's face is limited to participation in very important celebrations and rituals.

The great care of the physical aspect concerns also the hairstyles, both for men and for women.

Men style their hair with chalk and butter, creating a sort of helmet that lasts for several months; this chalk and butter headband is decorated with feathers and colored in yellow and red. 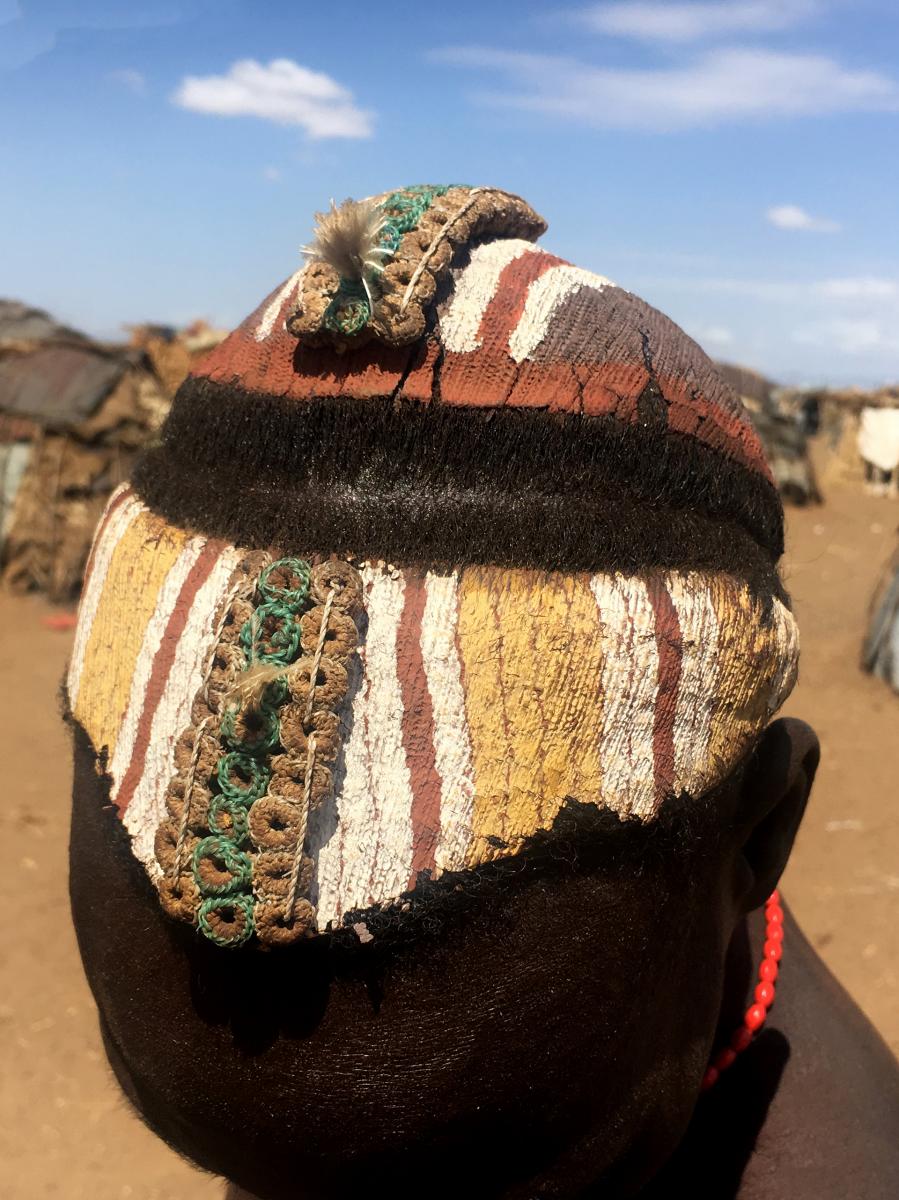 To avoid damaging their hairstyle during sleep, the Dassanech men use a small wooden head rest, a kind of pillow that is also used as a stool; also other populations in Southern Ethiopia use it.

Women's hairstyles are both aesthetic but also identify the status of the girl; the hair, differently styled, allows in fact to recognize if a girl is married or if she is single, if she is in the first pregnancy or if she already has children.

Single girls wear an elaborate hairstyle, hair from the center of the head is partly combed back and partly forward sideways, sometimes with a small fringe. 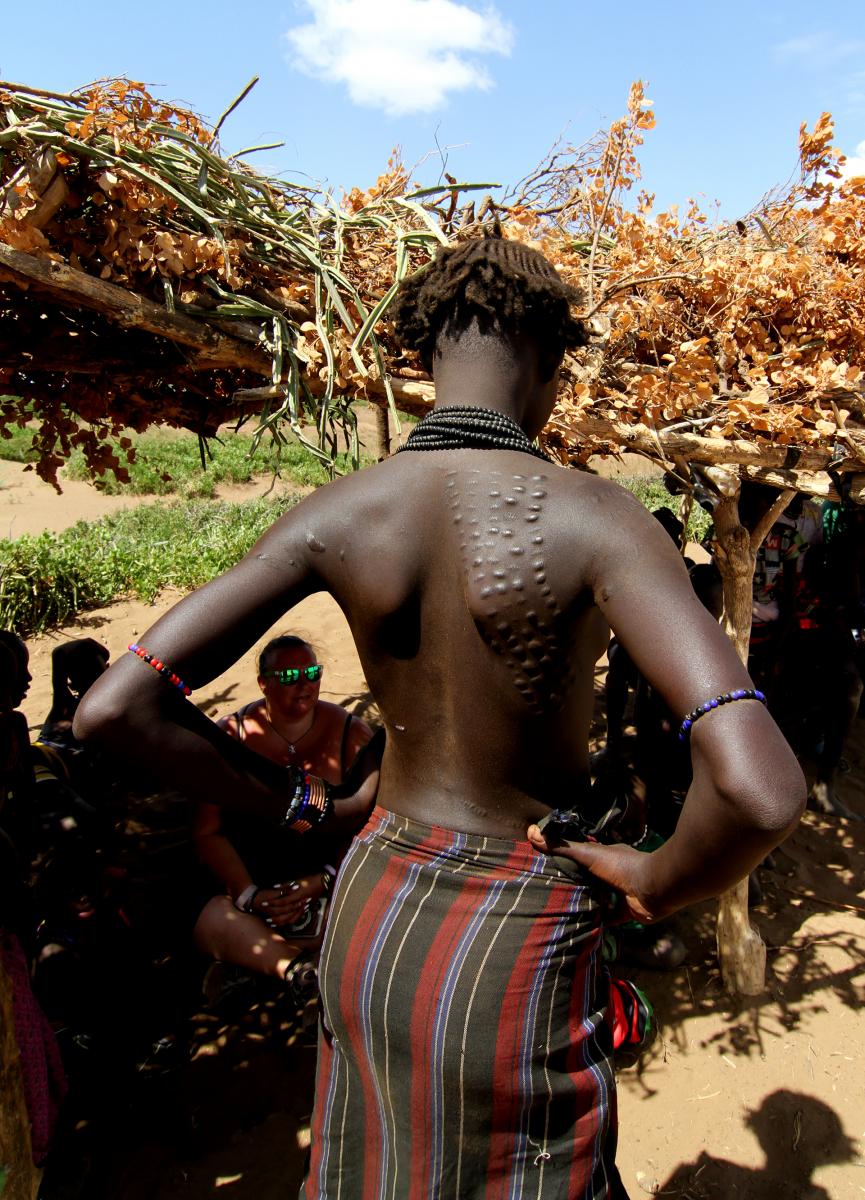 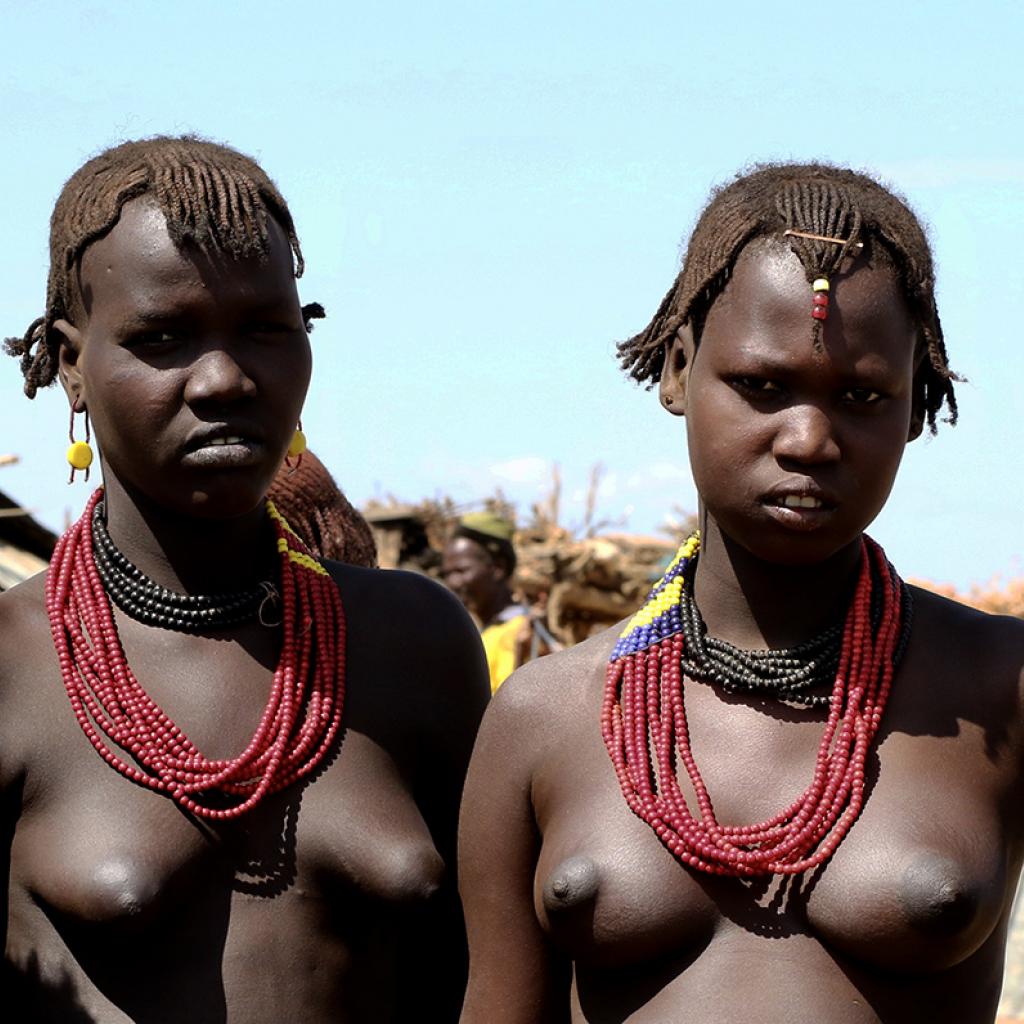 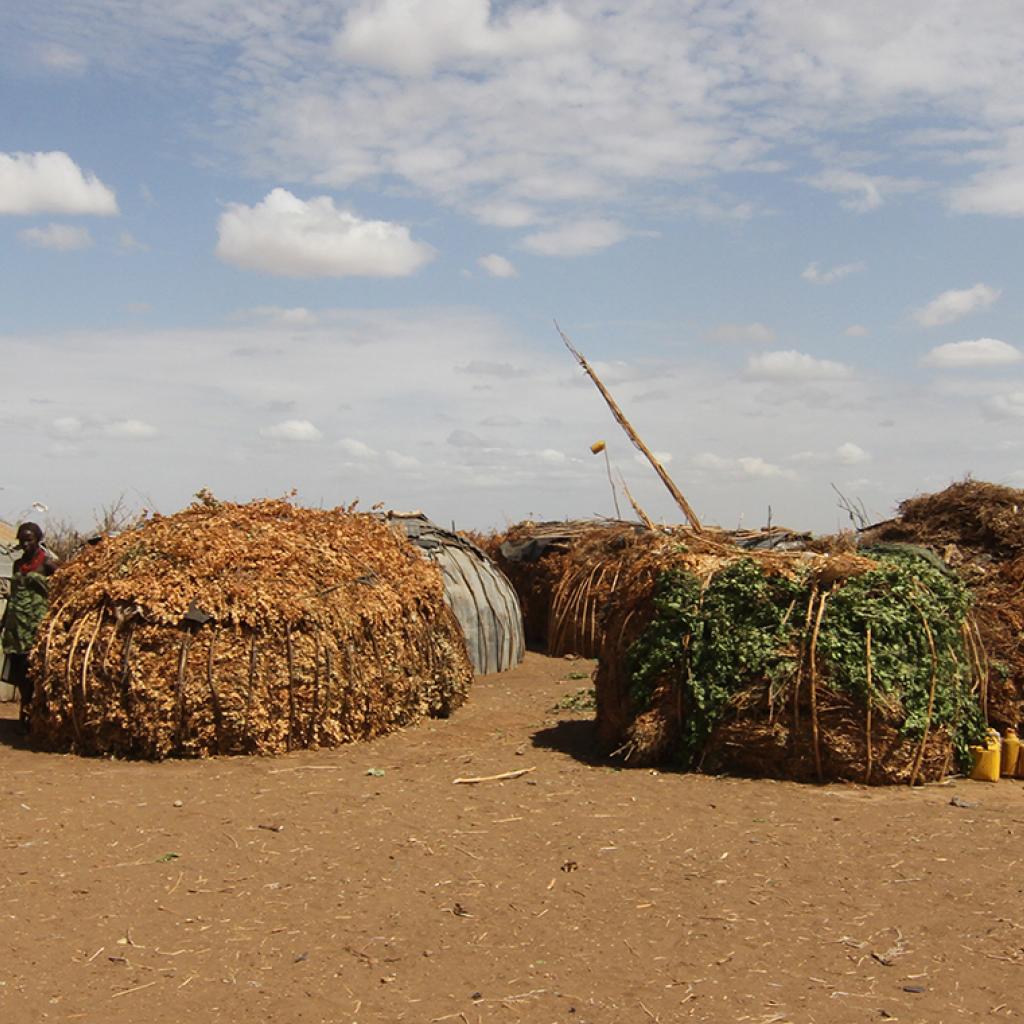 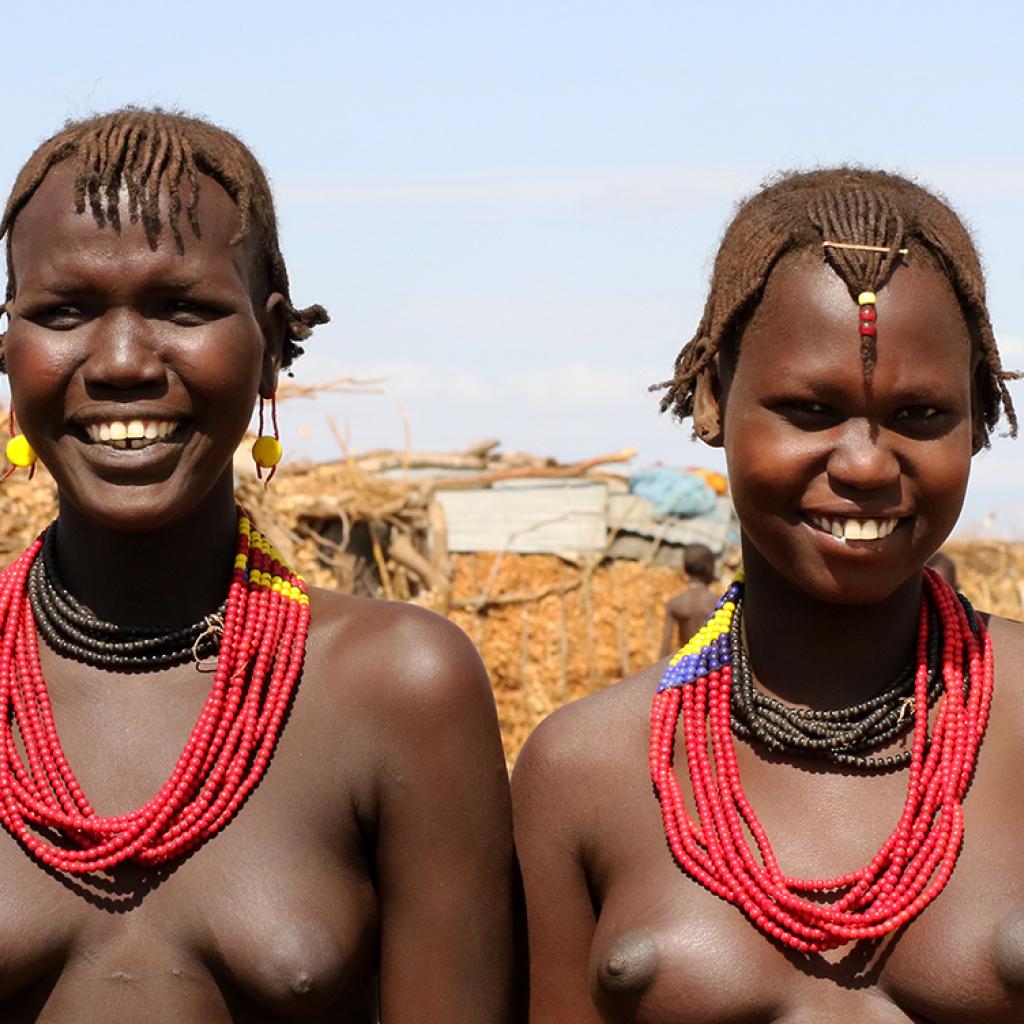 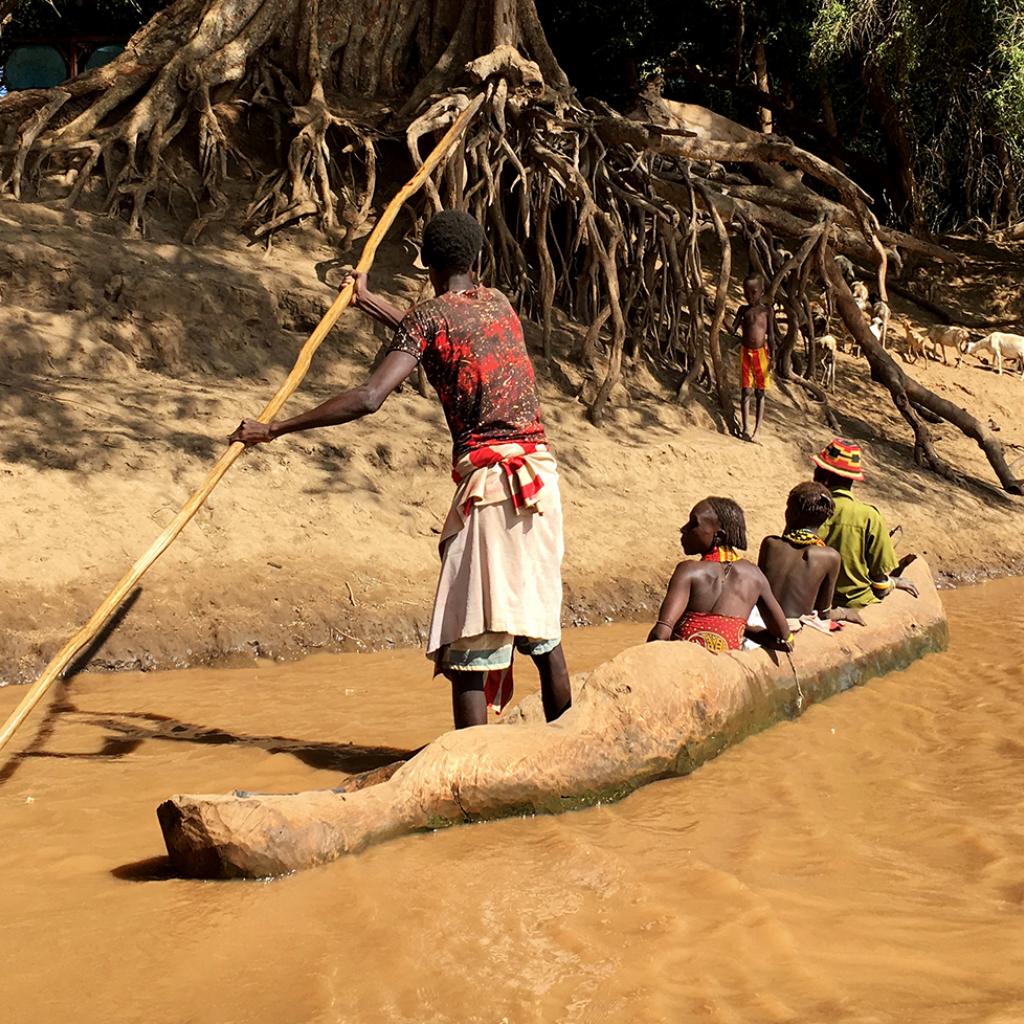 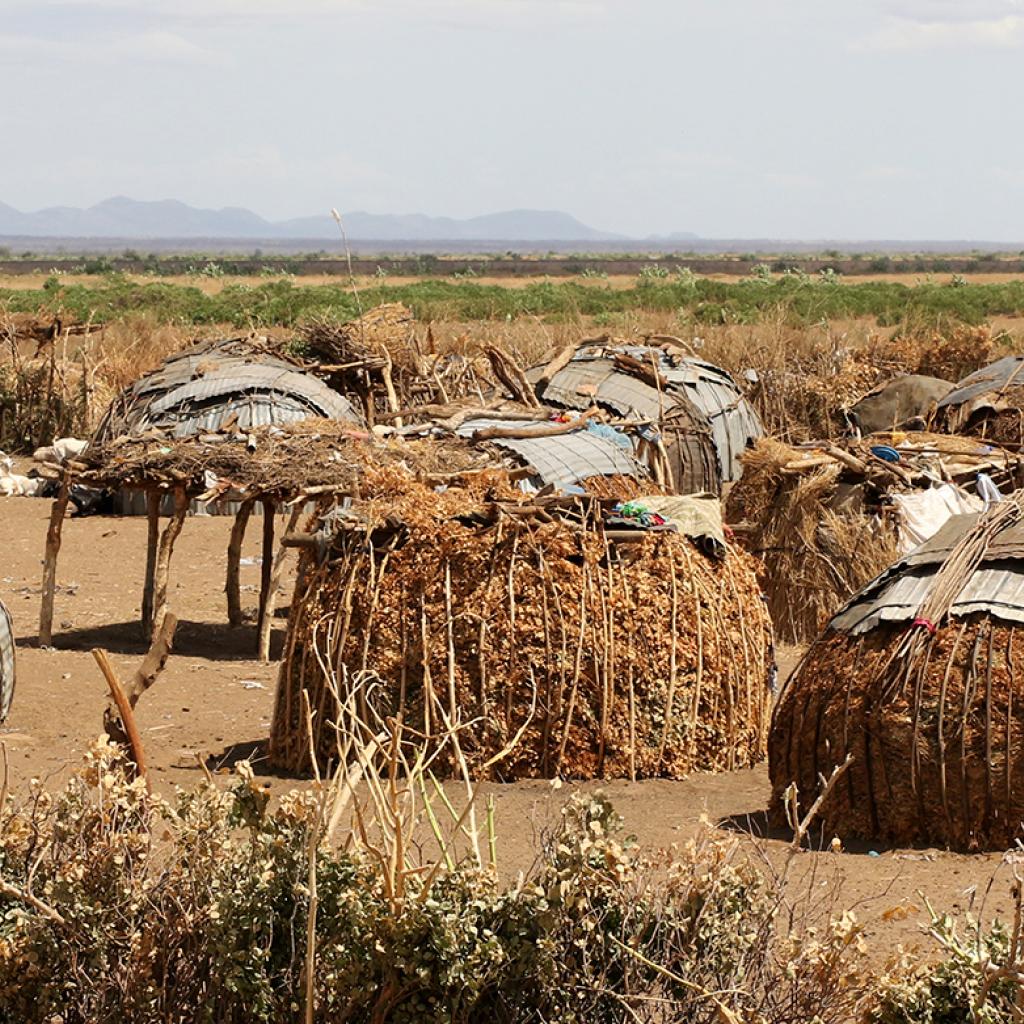 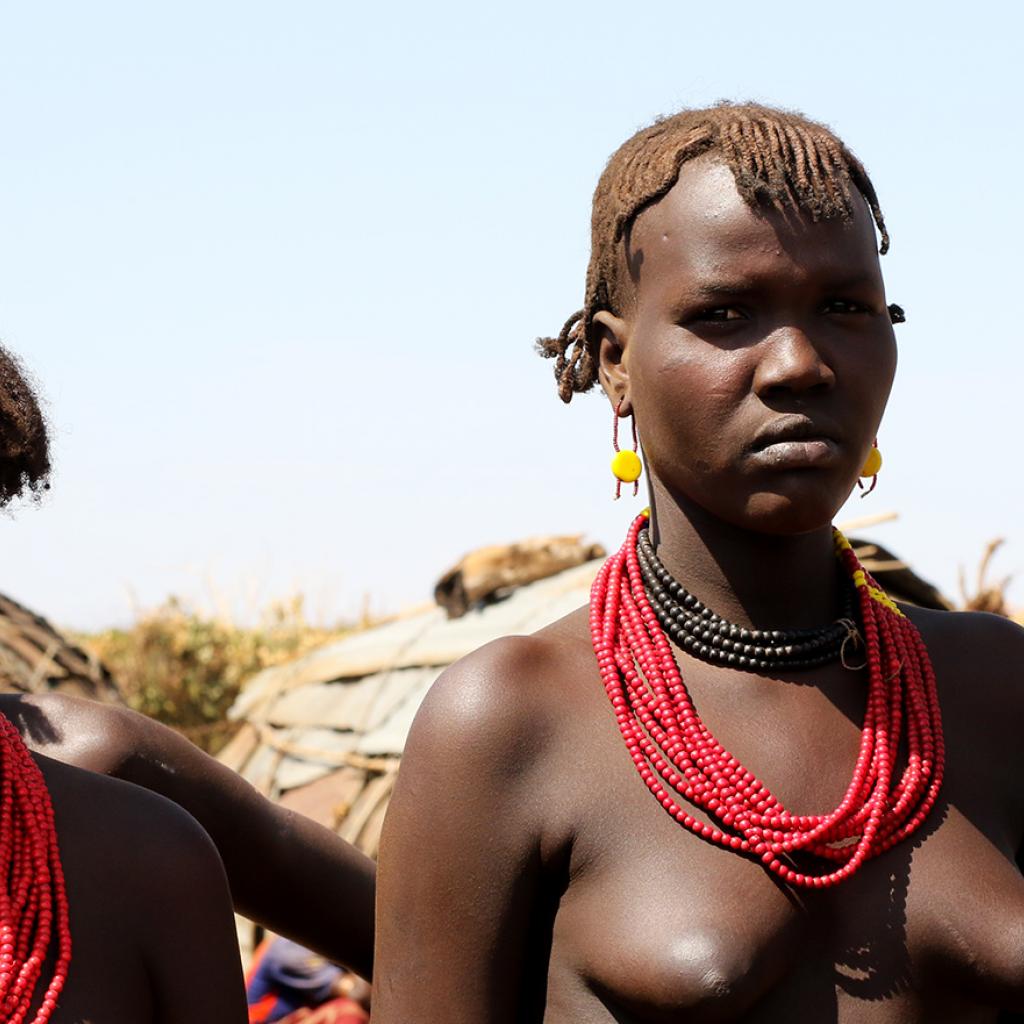