The Banna, sometimes also called Bana or Benna, are a semi nomadic indigenous group who lives in the lower Omo Valley in Ethiopia and consists of about 10,000 people.

The Banna are closely linked to the nearby tribe of the Hamer from which, according to the most accredited theory on the origins of the Banna, they separated centuries ago due to some disputes over pastures.

With the Hamer they share the language and the rituals of passage, furthermore some similarities are also found in clothing and in the hairstyle.

The Banna are a population of farmers and their culture revolves around livestock, the fact of living in a harsh environment forces them to be semi-nomadic, especially during the dry season during which men travel long distances with their herds in search for water and grass.

The Banna mainly breed cattle but in the herds there are often sheep and goats, while the camels are used as pack animals.

Some Banna families also practice agriculture using the floods of the Omo River and sporadic rains, the fields are prepared before the rainy season by sowing sorghum, sesame and beans but, due to the very hot and dry climate and the not particularly fertile land, the crops are not very luxuriant, also because the crops are generally left unattended.

During the dry season the gathering of wild honey is the main economic activity of the Banna, honey that they then sell in local tribal markets, especially at the Key Afer tribal market.

Looking at the layout of the village, we immediately understand how central the cattle are to the Banna, the huts are arranged in a circle and the cattle occupy the central part of the compound where they find refuge during the night.

We understand the importance of livestock also from other elements: for example in the Banna language there are at least 27 words to define the subtle variations in color and texture of the cattle mantle; moreover, every man has three names: the name given to him by his parents, the name of a cow and that of a goat.

When the Banna build a new family compound, the beds for women and children are built first; the structure of the hut is then built around them while the older men and boys usually sleep on straw, in the center of the camp, near the cattle to defend it from the incursions of neighboring populations.

The traditional huts are built with flexible poles fixed in the ground and form a circle, the poles are then folded inwards and, in the upper part, they are tied together to form a dome.

The huts are then covered with straw during the dry season and with cloth mats during the rainy season.

Like most indigenous populations in the lower Omo Valley, the Banna perform ritual dances and songs, in particular they share many traditions and rituals with surrounding populations such as the Tsemay, the Hamer and the Bashada.

One of these traditions is the jumping of the bull, a male passage rite that determines the achievement of adulthood by the individual and establishes the possibility of marrying and giving life to his family.

The young initiates must jump and run on the backs of the bulls positioned in a row, each boy is required to perform the strength test at least four times: twice in each direction.

The young man facing the trial is assisted by friends, called maz; they have already successfully performed the jump in previous years, their main task is to choose the cattle, position them for the jump and keep them still to prevent the young candidate from falling during the jump ritual.

If the young man falls, the failure is considered a bad sign and he will have another chance to try again only a year later; not infrequently he will suffer a beating by the relatives of the girl who is his future bride.

If the ritual is exceeded, the boy can marry as long as he pays the price of the bride to her family of origin, the payment is made with some heads of cattle; the celebration of the marriage includes parties and dances.

In the two months following the marriage, the married couple will share the meals that consist of blood, taken from the neck of cattle with a technique that does not kill them, and in the milk that is mixed with blood.

A rich and strong man can marry up to four women; moreover, men are sometimes given the responsibility of protecting a divorced woman, a widow or the wife of an absent husband, usually his brother.

In the Banna society, girls and boys are circumcised.

The Banna practice many rituals belonging to their traditional religion and believe that natural objects, such as rocks and trees, are inhabited by spirits; they also believe in the presence of spirits who are able to assume a human or animal form and to exercise a supernatural influence on people.

Particular care is given to styling by both women and men.

Men decorate their hair with a myriad of colorful objects, sunglasses, clothespins, beads and feathers, on some occasions they make elaborate helmets by mixing hair with colored clay and embellished with feathers.

Unmarried girls wear short hair that is not colored in red, married women instead have longer hair that fits in small colored braids with red soil called asylum.

At first glance the Banna women's clothing is identical to that of the Hamer women, the long leather dress has a similar structure but the way they decorate it is different. 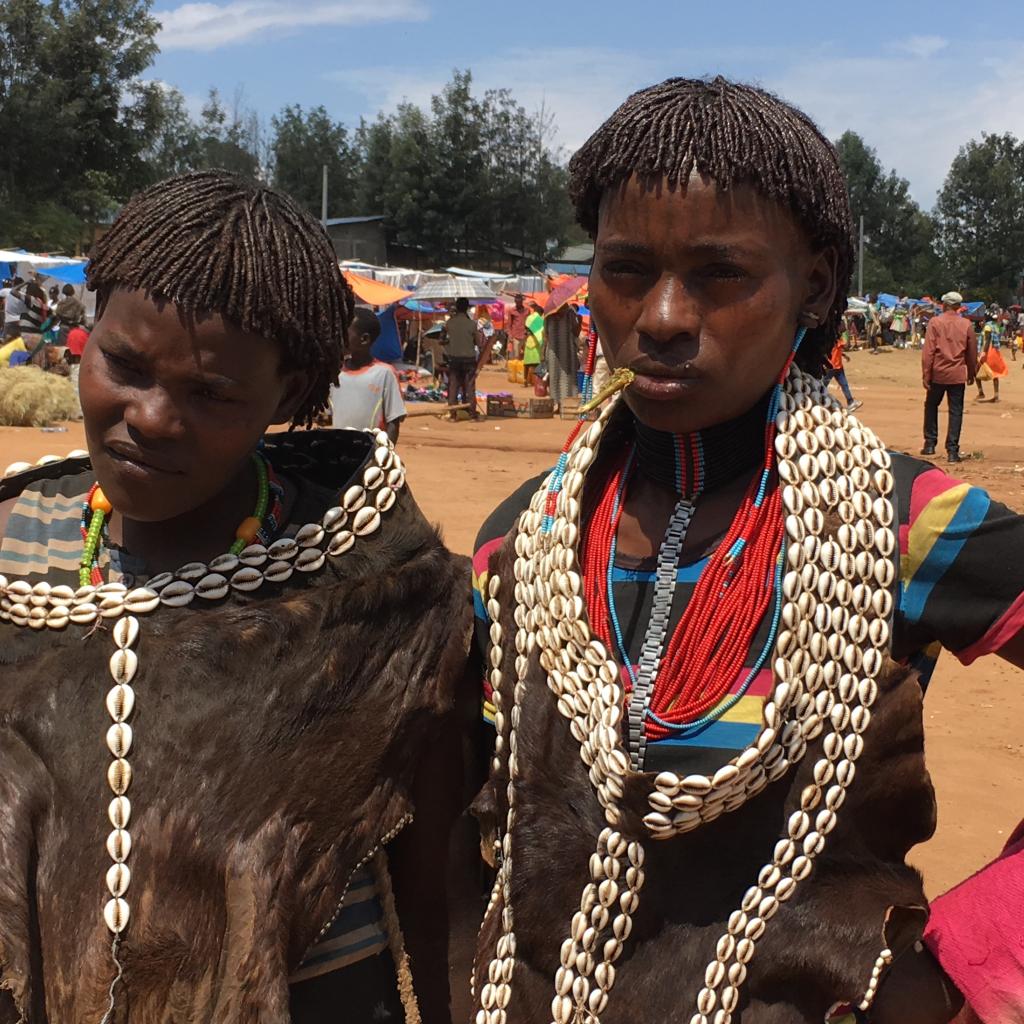 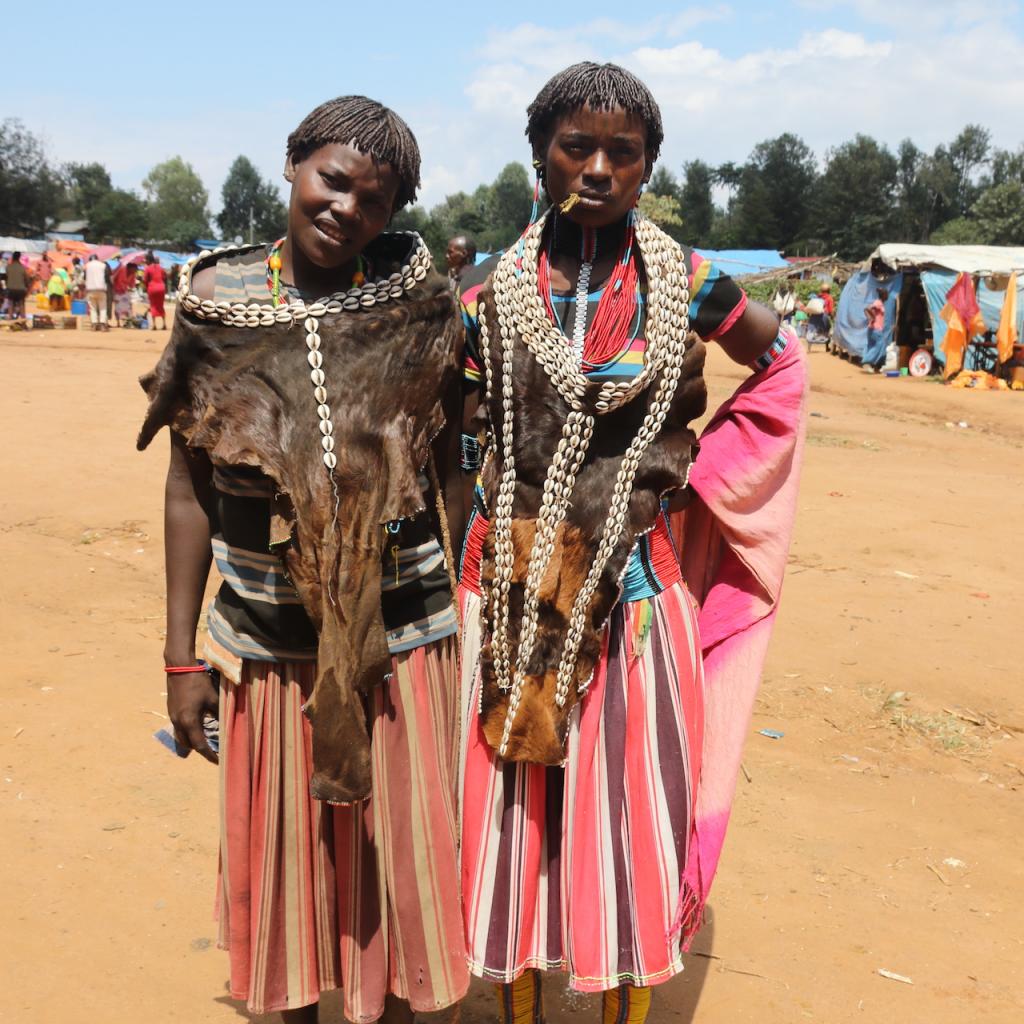 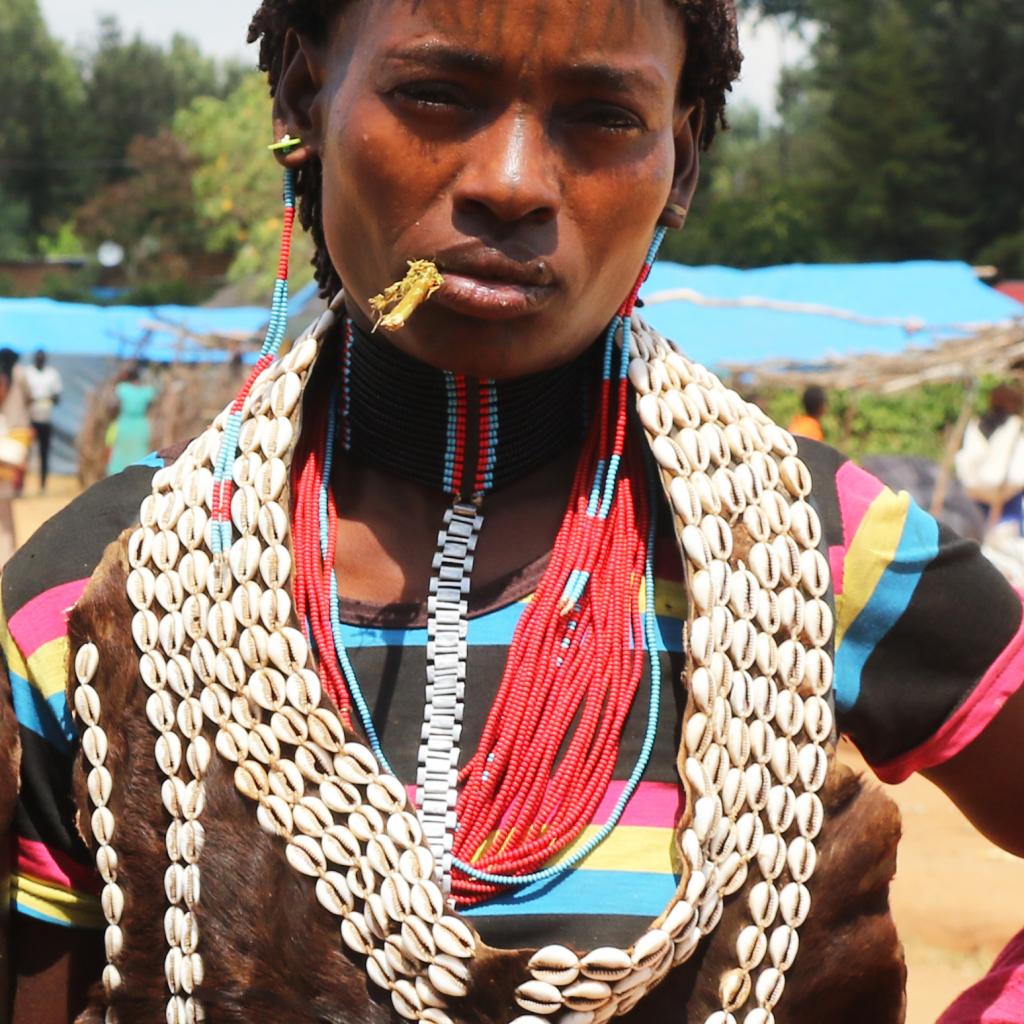 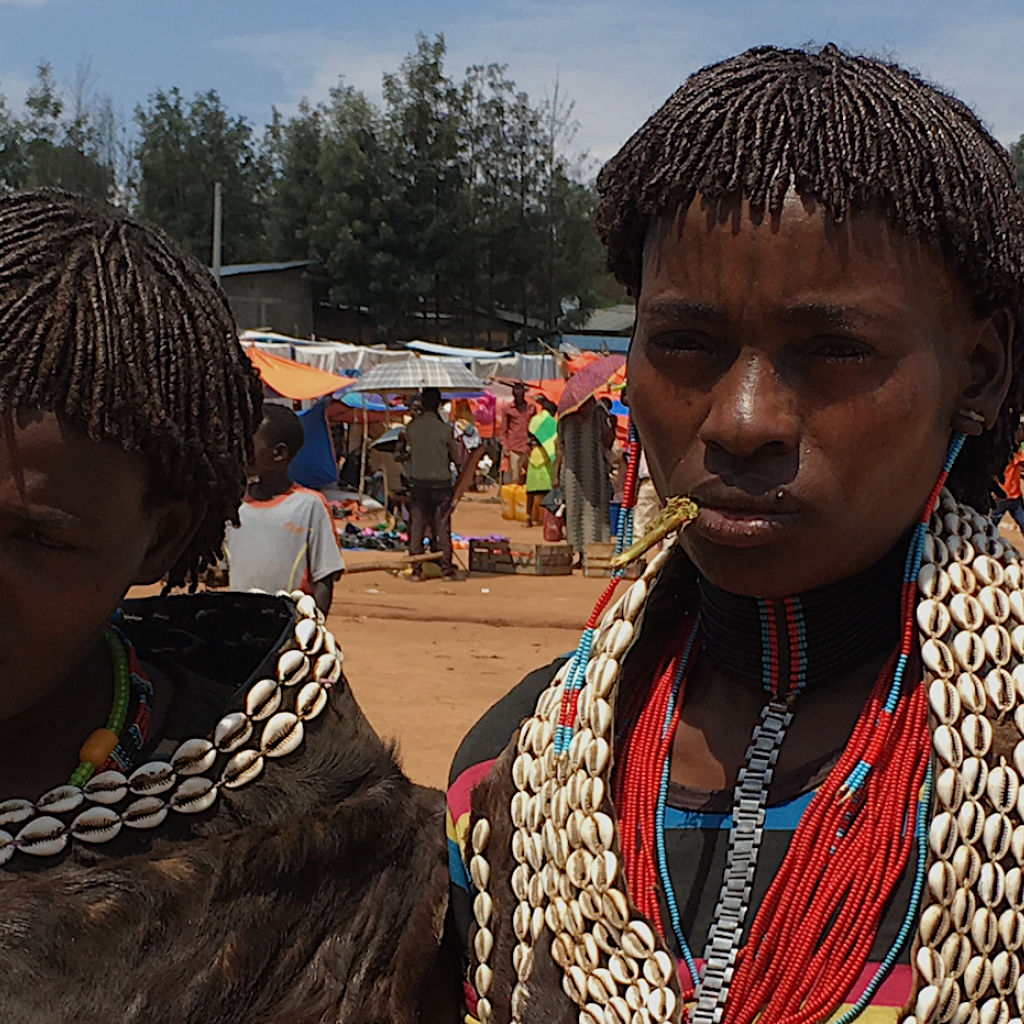