The Arbore, also known as Erbore or Ulde, are an ethnic group living in Southern Ethiopia, near Lake Chew Bahir, in the South-Western region of the Omo Valley.

The Arbore are divided into only four villages: Gandareb, Kulaama, Murale and Eegude, the total number of people belonging to this tribe is estimated at less than 10,000 people.

The Arbore live in warm and flat areas and are mainly livestock farmers; as most other tribes in the Omo Valley, livestock is the main source of livelihood and is a status symbol, wealth is measured by the number of cattle owned by a member of the tribe.

The importance of cattle is also evident from the name of the population, that literally means "land of the bulls", "Ar" means "bull" and "bore" means "land".

Suffice it to say that after marriage a woman gets a new name to add to her own, and is the same name as the husband's favorite cattle.

The main feature that differentiates the Arbore tribe from the other tribes of the Omo Valley is the spiritual and ritual power that is recognized to them by other tribes.

A local legend says that once the devil attacked the Arbore, but the tribe managed to win and survive, from that moment it is believed that the Arbore priests are endowed with a special strength and power and, if the priests of another tribe cannot solve a problem, a delegation of elders is sent by the Arbore to ask for help, bringing with them gifts.

The Arbore tribe has practically no conflict with neighbors, largely due to their spiritual power that means that no other tribe in the Omo Valley is brave enough to attack them or their livestock, partly because of sharing of natural resources, intertribal marriages and the knowledge of multiple languages ​​that allows them to dialogue and deal with other tribes.

The Arbore perform many traditional ritual dances, they believe that singing and dancing eliminates negative energy and that by expelling it the tribe can flourish.

Islam entered the Arbore society but has never completely suppressed pagan tradition, they believe in a Supreme Being, creator and father of all men, whom they call Waq; a man can marry up to four women and circumcision is practiced on both boys and girls.

Female circumcision is a prerequisite for marriage and must traditionally be performed by the mother.

The rituals associated with marriage are extremely important for the Arbore, as soon as the boy reaches marriage age, his father chooses a bride for him and four village elders are sent by the parents of the chosen one, bringing the fat of a specially slaughtered sheep .

If the gift is accepted, the bride's parents rub the fat on their shoulders and the family fixes the wedding date.

On the wedding day both families prepare four sheeps to be sacrificed for a rich meal and the next morning the bride is circumcised and taken to her husband's house where a special dish is prepared for the bride and groom: the lamb's tail, that they eat together, then their wrists are tied together with a piece of skin as a sign of strong union.

Arbore women wear very colorful accessories, beaded earrings, necklaces and bracelets are a characteristic of this population who believes that ornaments are fundamental to be more attractive, even leather skirts are adorned with bead and metal ornaments

The children are also shaved and wear a sort of shell-shaped hat made from a pumpkin to protect the head from the sun.

On special occasions the Arbore practice body painting that is performed using natural colors made with earth and ground stones, while scarification is not practiced by all members of the tribe, only some people have scarifications on their chest and abdomen.

Unlike the Karo or the Dassanach tribes that bury their dead right next to the huts, the Arbore use graves built further from the villages.

When a man dies, his ornaments are buried with him while butter and milk are placed in his mouth, the body is wrapped in a new piece of fabric and sheepskin.

The deceased is asked to bless the cattle of the tribe and after a few days the loved ones of the deceased slaughter a goat and one of the animal's paws and its fat are placed on the grave.

The assets of the deceased, and especially his livestock, are divided among his sons.

Unlike the neighboring ethnic groups, who build round huts, the Arbore build their huts with a slightly oval shape and are characterized by a very low and small entrance and are very dark inside. 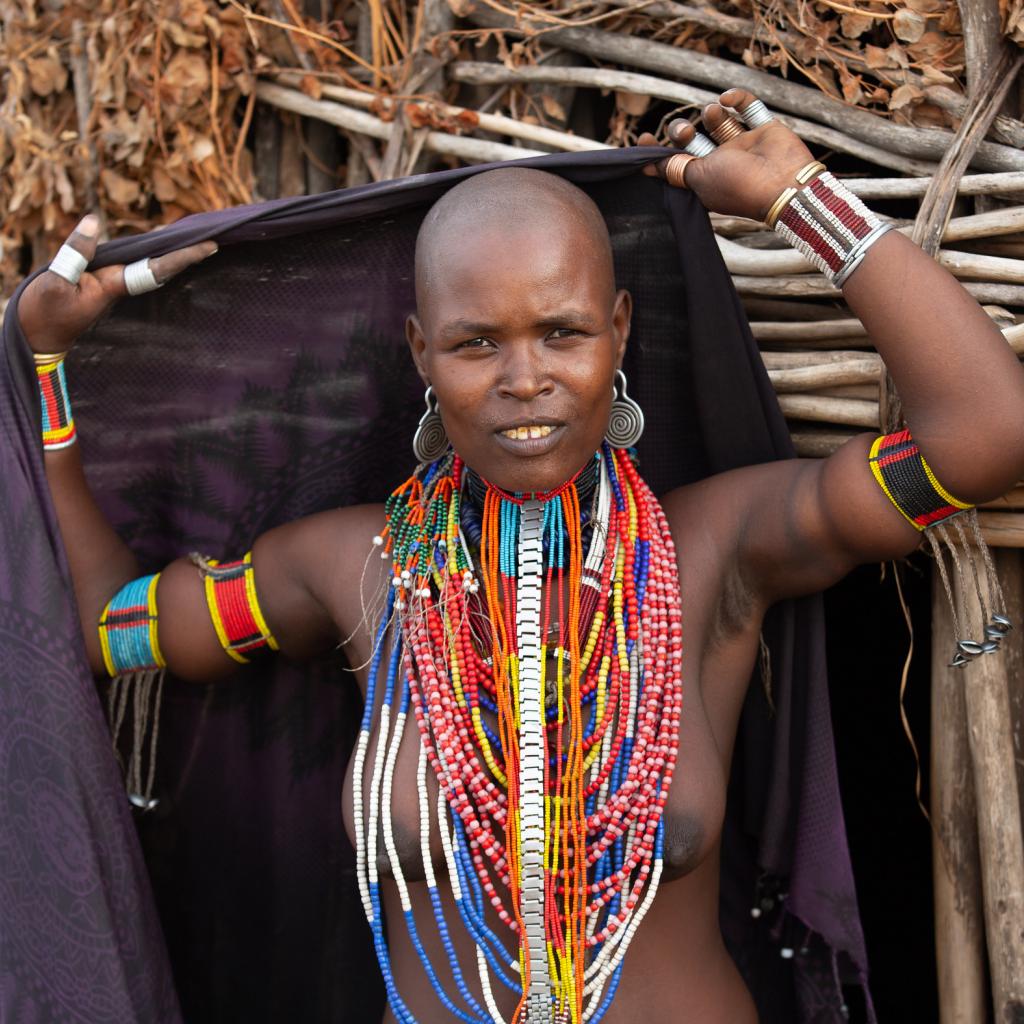 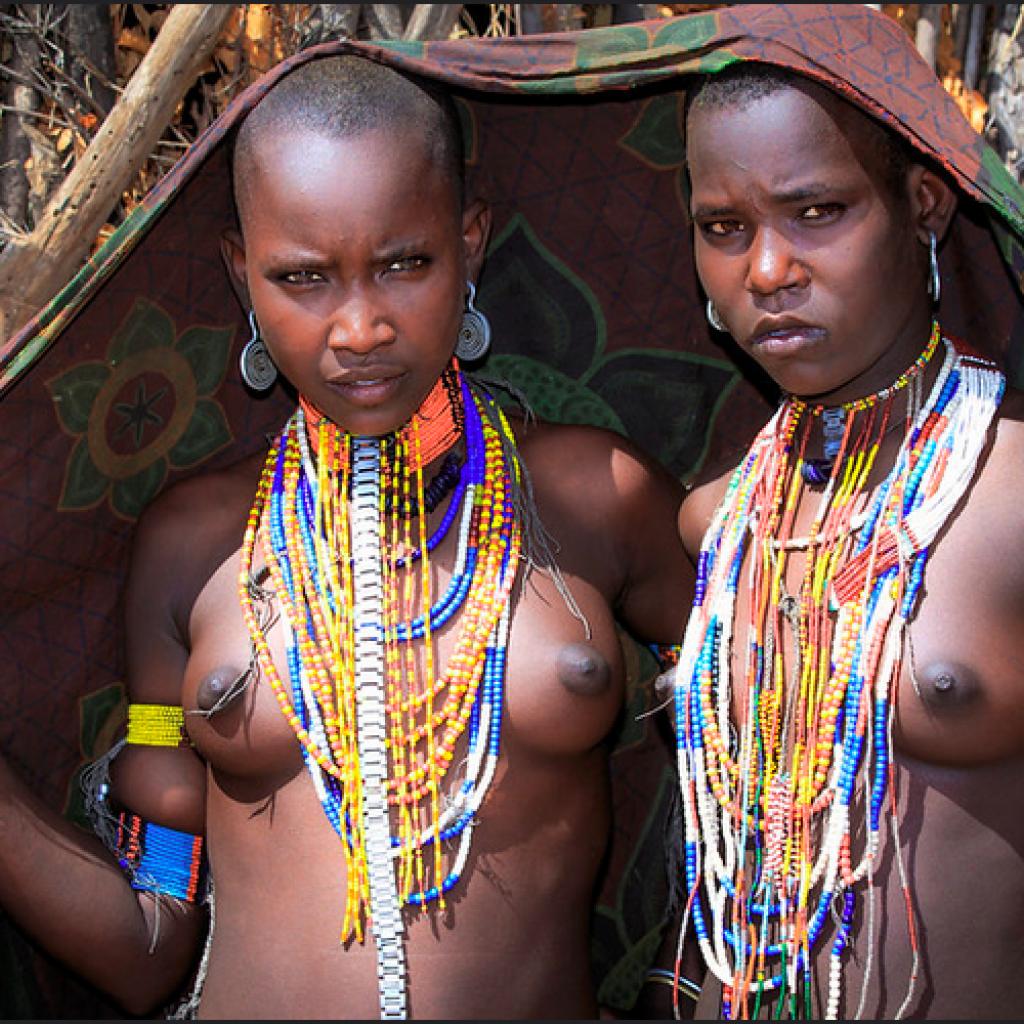 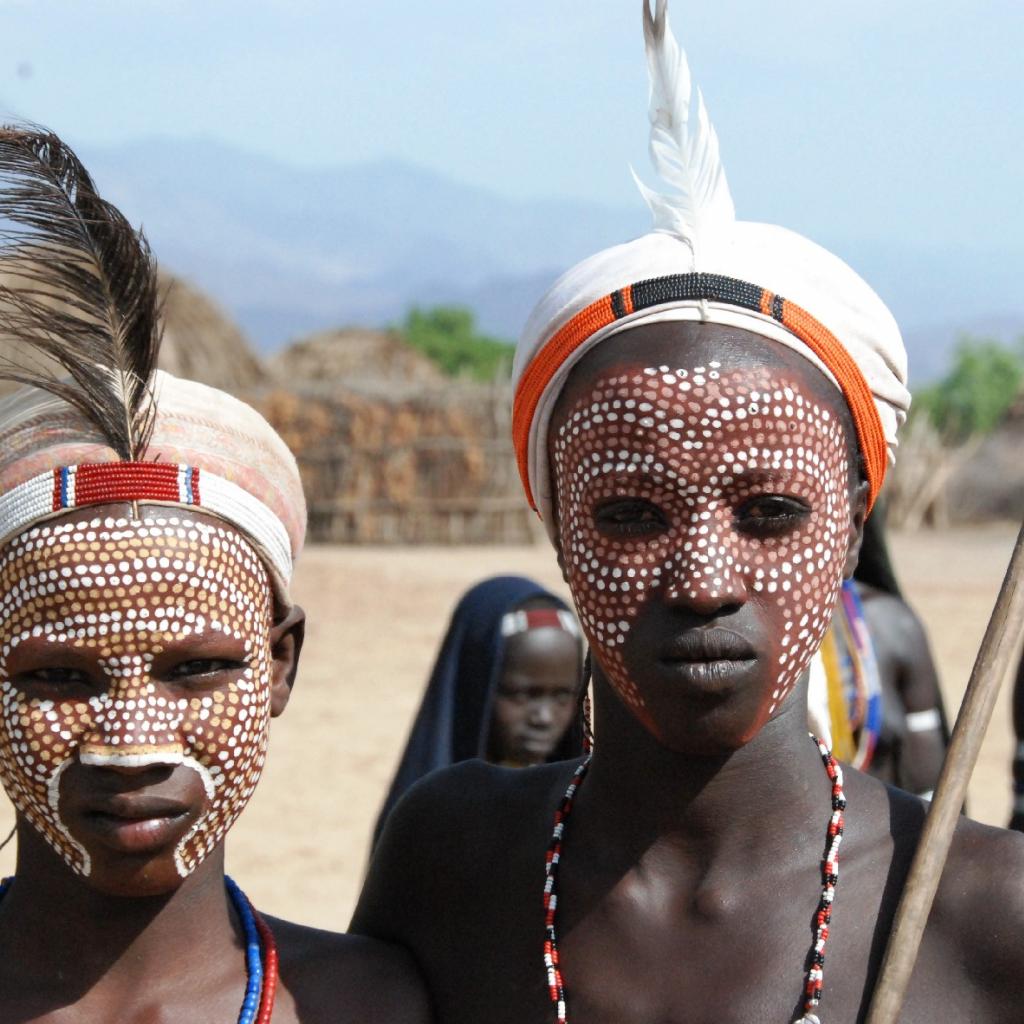 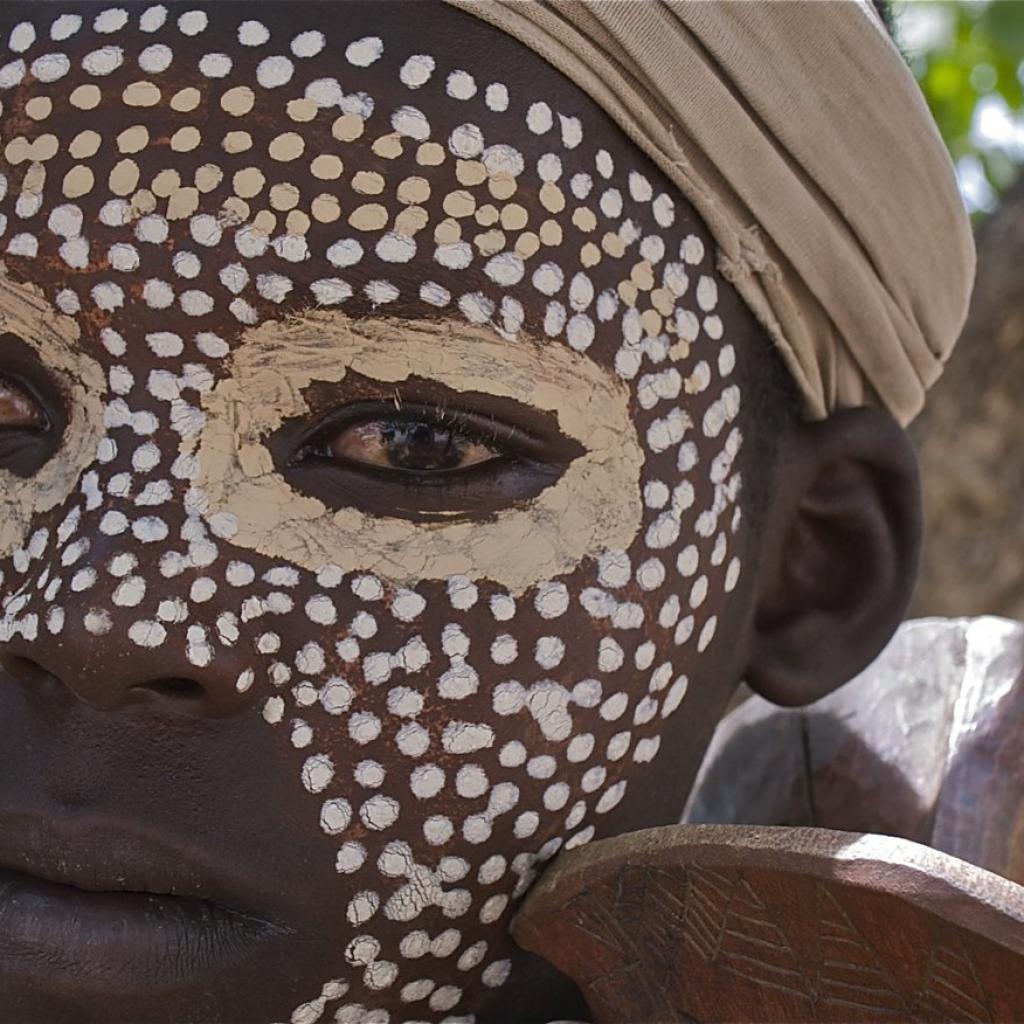