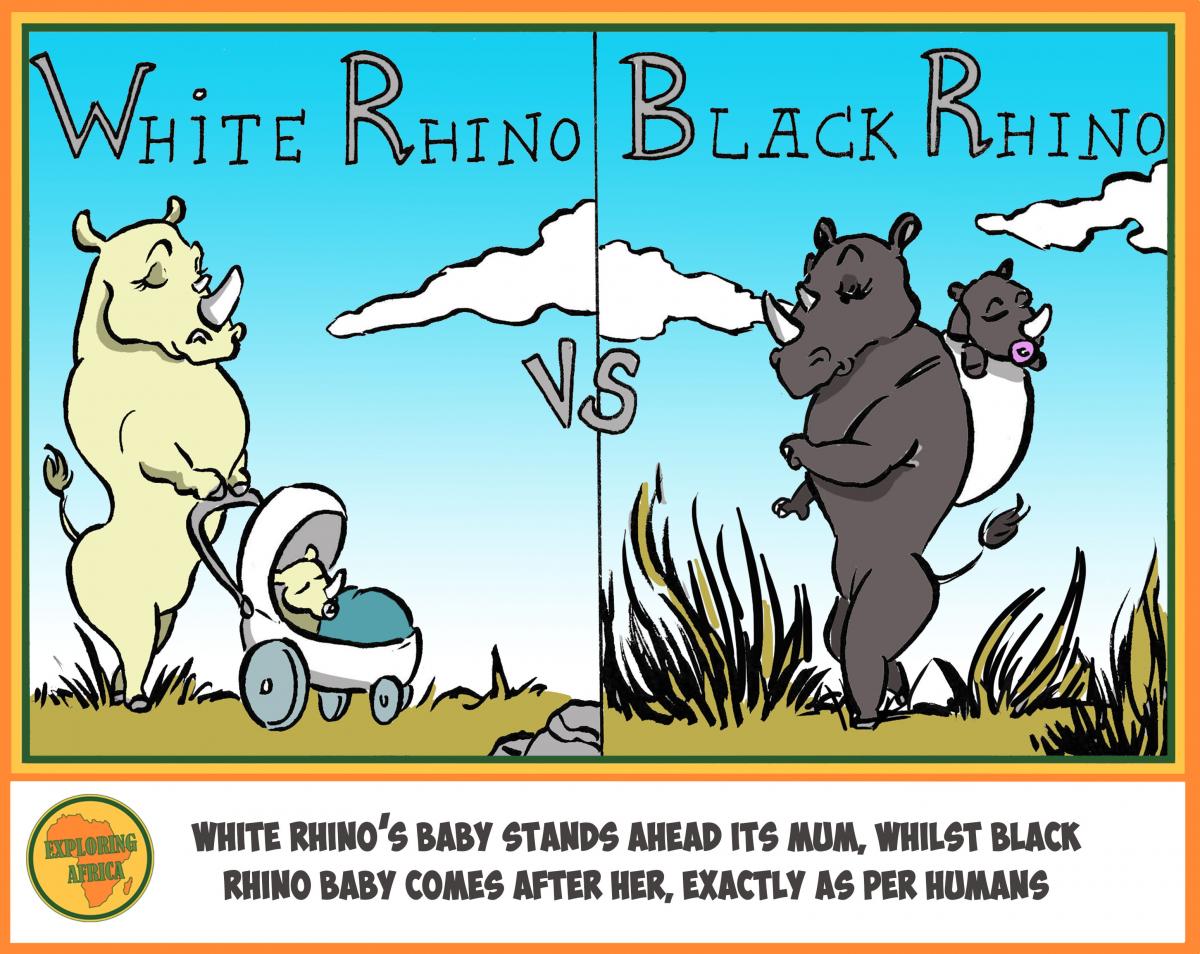 A white rhino can be distinguished from a black rhino according to different criteria: the physical aspectis one of these, furthermore the behavior and the habitat in which they live are unmistakable indicators.

Although the black and white rhino's habitats may overlap, there are certainly specific areas where it is more likely to find a white rhino than a black rhino.

So also the position in which they feed helps the identification: if you observe a rhino that always keeps its head turned to the ground is because it is feeding on grass, and then you are observing a white rhino; while if the rhino has its head raised it means that it is eating shrubs and therefore it is a black rhino.

Another distinctive feature is the position of the puppies compared to the mother.

The white rhino puppy usually precedes the mother, that with its body acts as a shield against possible predators; the puppy of the black rhino instead usually follows the mother, this because, living in a shrub area, the mother creates a gap between the branches, facilitating the passage of the puppy.

There is a curious similarity with what usually happens to human mothers: Western women usually hold the child in front of them, in their arms or in the pram; while African women carry their babies on their backs wrapped in a towel.

White and black rhinos can also be distinguished from their faeces; these, in addition to telling us that there may be a rhino around, can reveal the species of belonging.

It is necessary to know that the rhinos always defecate in the same place and repeatedly (dung middens), this mainly to garrison the territory; by carefully observing the stacks of manure it is easy to distinguish whether they belong to a white rhino or a black rhino.

Firstly, the white rhino's dung is made up exclusively of grass residues, it is badly digested and therefore looks very similar to grass coming out of a lawnmower.

The dung of the black rhino instead presents twigs and sprigs and every single piece present in its manure is cut at an angle of 45 degrees, this because of the way in which its teeth come together while chewing.

Usually the black rhino is solitary, if more than one specimen is seen, they are usually a mother with its puppy; while the white rhino often forms small groups of a few specimens.

Finally the black rhino is more aggressive than the white rhino. 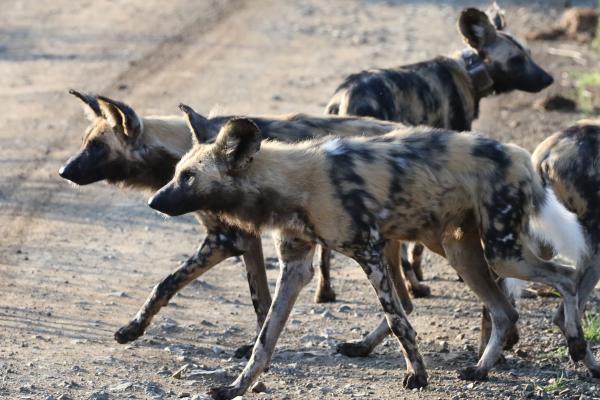 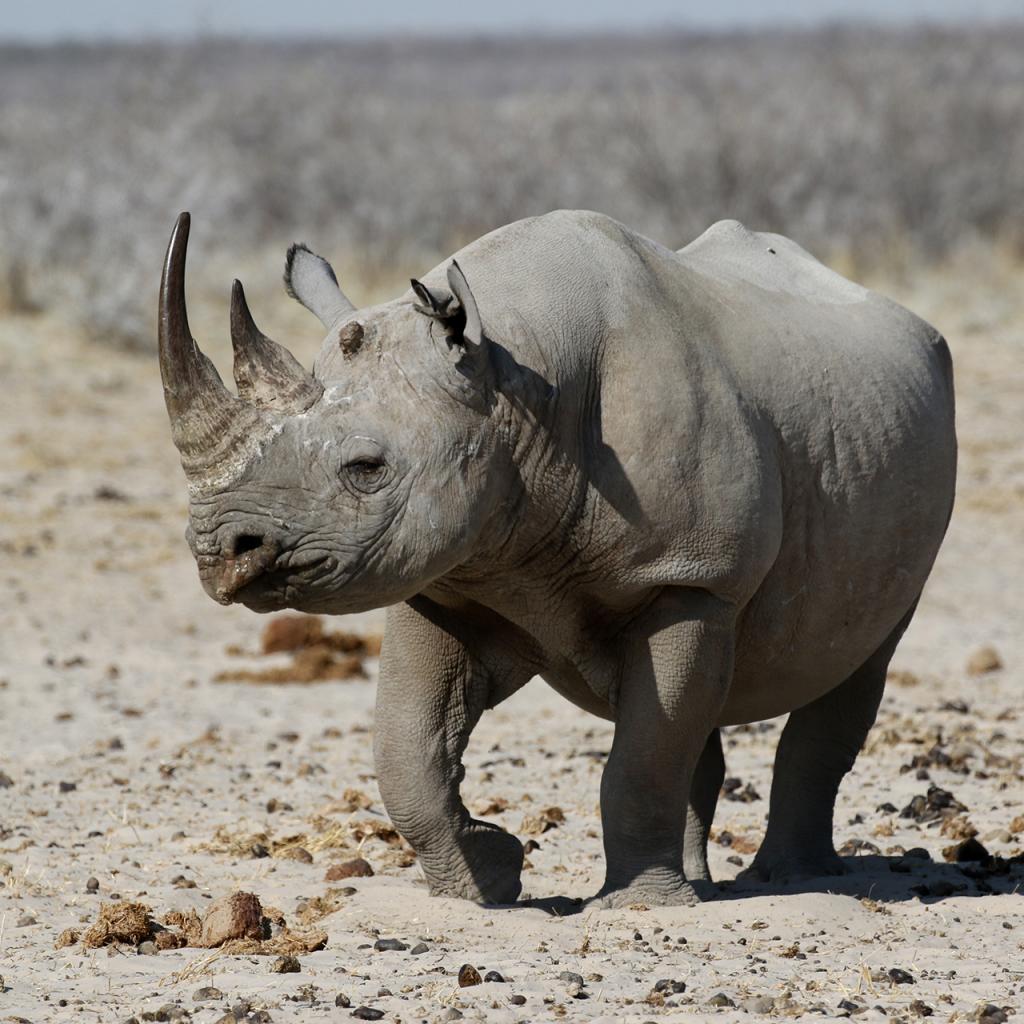 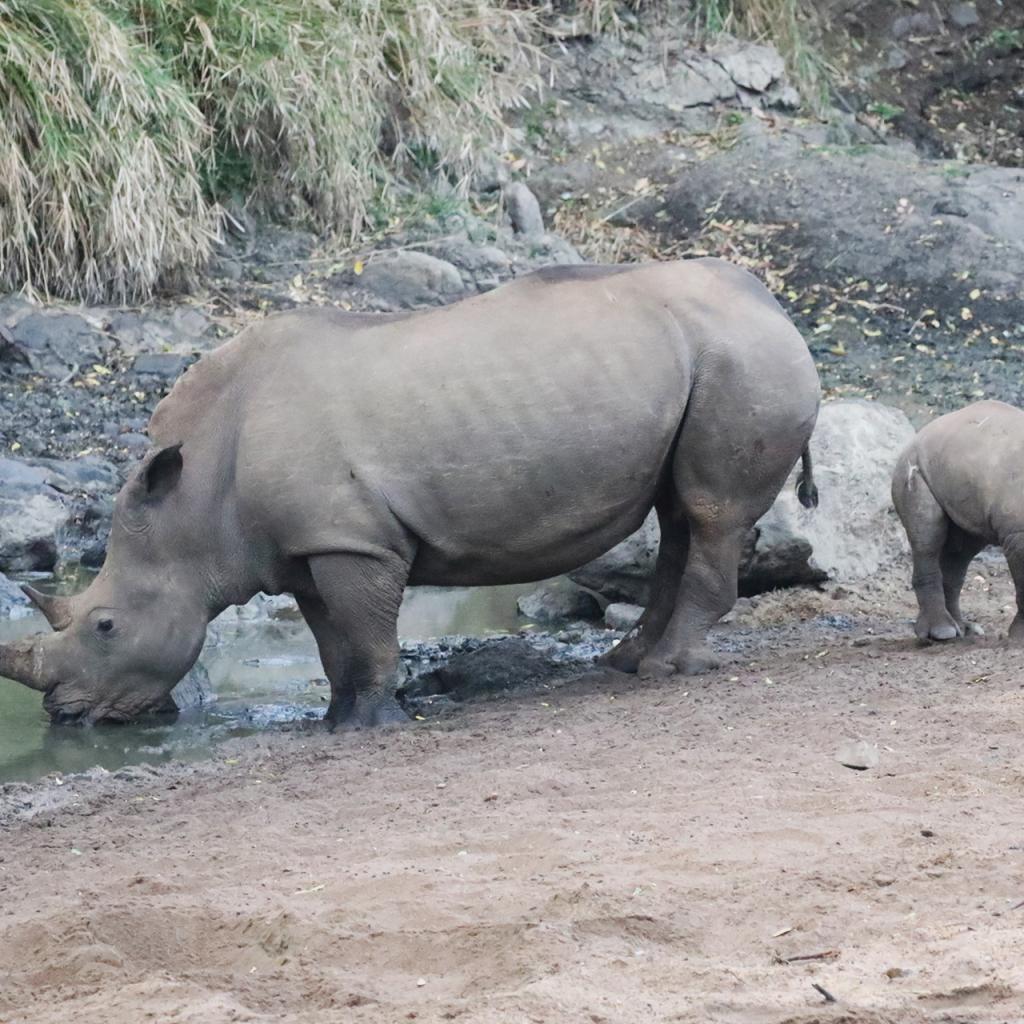 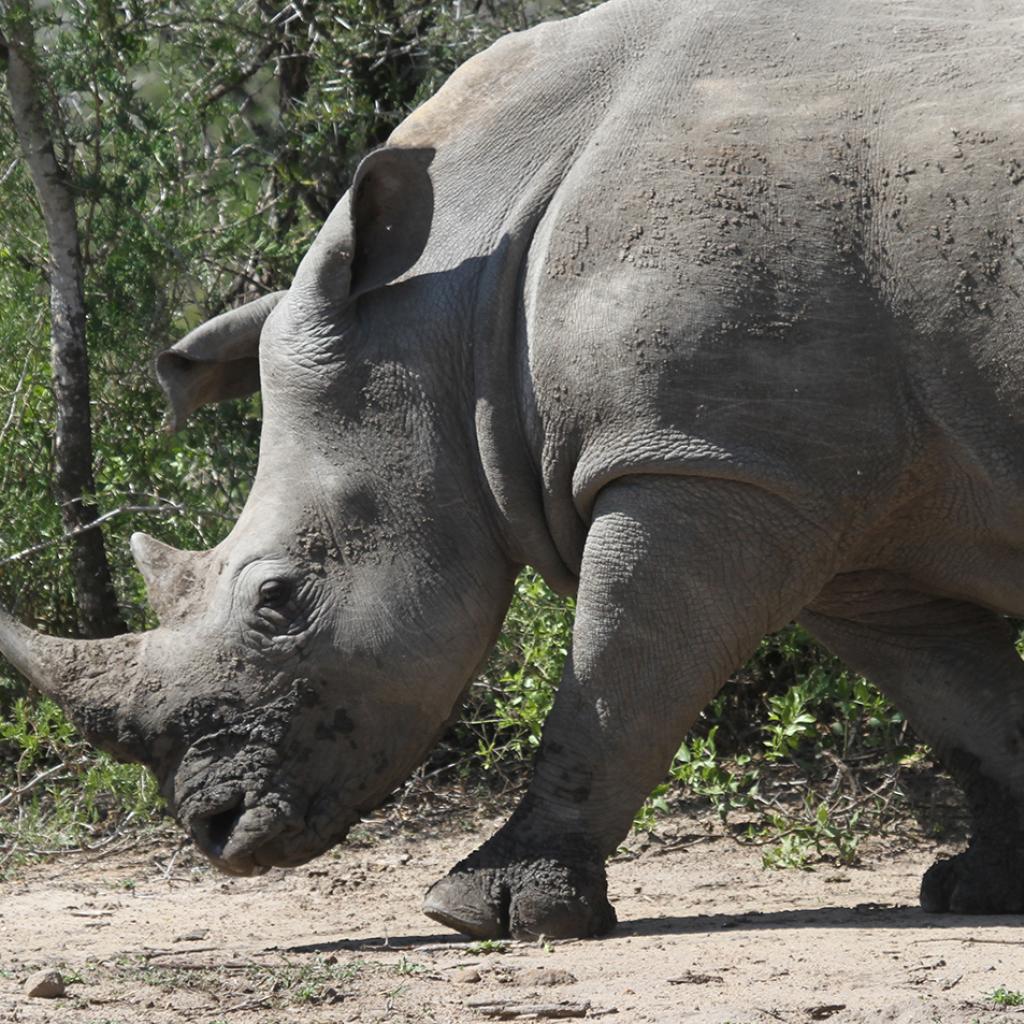