Did you know that zebras are actually black? 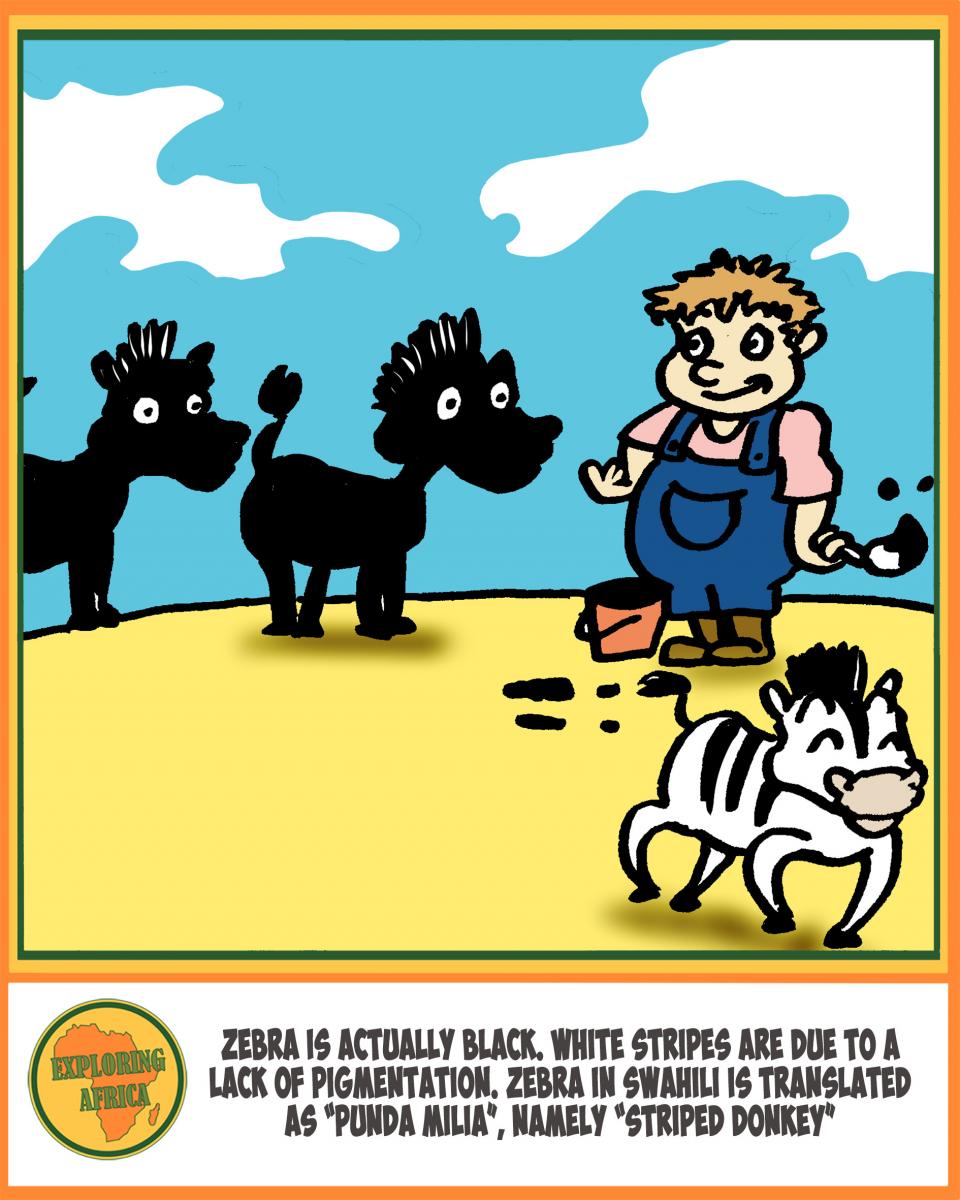 Zebras are among the most recognizable animals of the African savannah, thanks to their black and white striped coat.

Just their particular coat gives rise to the question: are zebras black with white stripes or white with black stripes?

How do we know? Genetics provides us with this answer.

The striped pattern is the result of selective pigmentation, the pigments that color the fur are produced by the skin cells, the melanocytes, and some specific chemical messengers that are responsible for the regulation while the melanocytes give the pigment to the zebra skin.

The pattern of coloring of each zebra is determined during the embryonic phase, before the zebra is born, the zebra embryos are completely black, the white stripes appear during the last embryonic stage.

The color is the result of the pigment activation process, of the color black, and the activation of the inhibition, of the white color or better by the lack of pigment.

This means that black is the true color of the zebra's fur while the white stripes are simply areas without pigmentation, it should also be emphasized that the skin of the zebra under the fur is also black.

Several studies have been conducted on the function of zebra stripes, the results of these researches are sometimes conflicting, especially regarding the fact that the striped coat serves to thermoregulate the animal or not.

Indeed, it was verified that the external temperature measured on a zebra was around 29 degrees against the 32 recorded on a hartebeest under the same conditions.

An explanation of this difference in temperature could be due to the fact that the white part of the hair reflects 70% of the sun's rays that are instead absorbed by the black stripes; it is even believed that the difference between the warmer air above the black stripes and the colder one on the white ones, would cause small vortices of air capable of cooling the skin, thus regulating body temperature, a sort of portable air conditioner; but to date, as we said, research has not yet been able to definitively confirm these theories.

What is certain is that the coat of zebras is different from one specimen to another, a bit like our fingerprints, and would also have the task of making recognition possible among animals, even in the presence of many specimens, and it facilitates social interactions among specimens.

The stripes also have a defensive function against predators they create a visual effect that confuses the view in different situations.

Thanks to the fact that zebras live in large flocks, when they are close to each other they appear in the eyes of predators as an indistinct mass of stripes and this confuses them and discourages them from attacking, the stripes thus provide protection against predators.

Furthermore, if an isolated zebra is attacked by a predator, it runs away by often changing direction, these changes of direction together with the movement of the stripes creates a visual confusion in predators that cannot focus on the prey.

Unfortunately for zebras these elements are not always sufficient to escape the attack of predators such as lions and hyenas.

Recent research also shows that the stripes of a zebra could serve to keep pests at bay, the chromatic pattern of the zebra's fur seems to escape the visual systems of the flies.

The striped coat in fact confuses the tsetse fly, the faceted eyes of the insect in fact do not give it the opportunity to perceive the perspective and therefore to distinguish a shape with the stripes; in fact reflecting the light in a discontinuous way the zebras are invisible to the eyes of these flies.