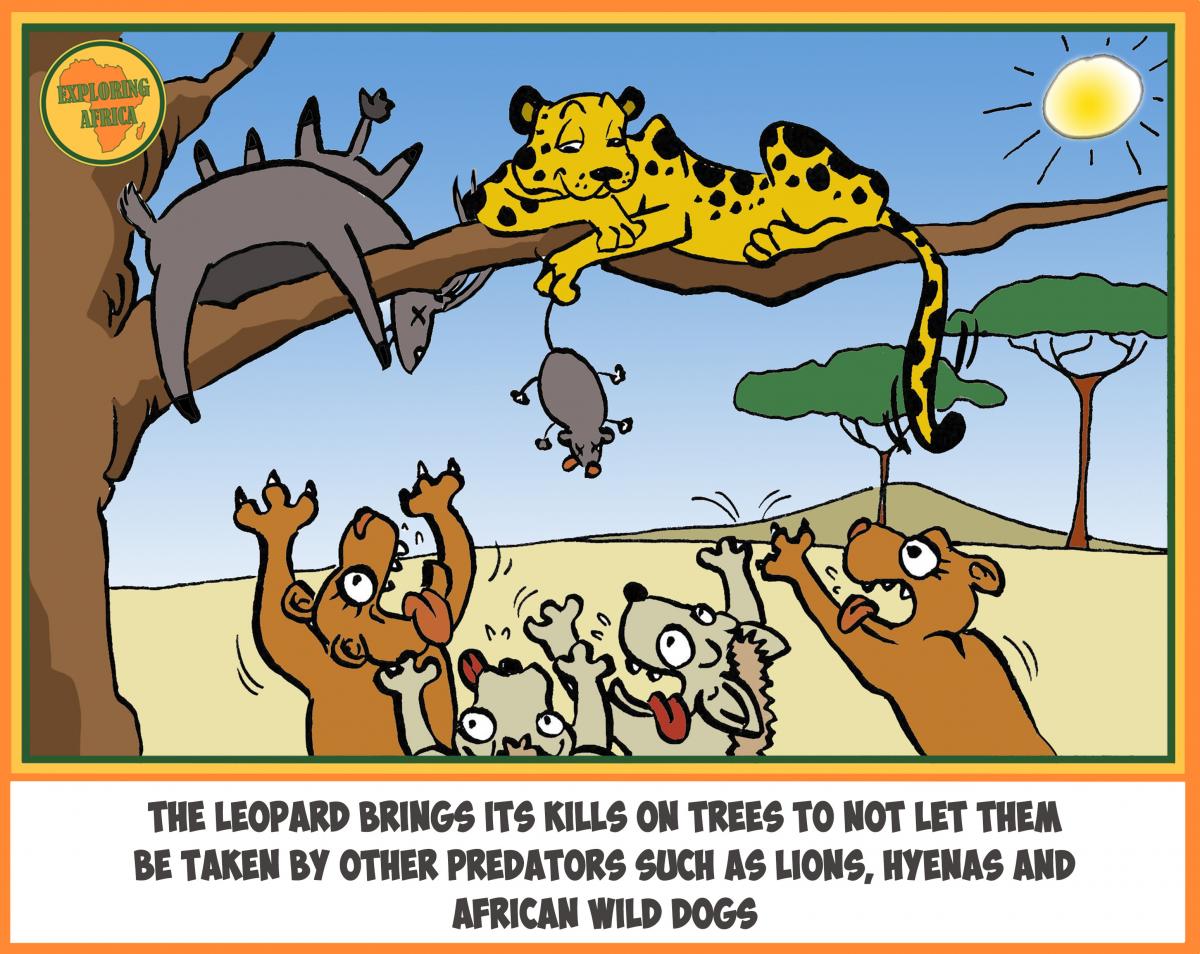 Leopards are skilled solitary hunters, they do not have the support of the pack either during the hunt or later, to protect the conquered prey.

The preys preferred by the leopards are the impalas, that represent about 30% of their killings, but the leopard is a feline that is unscrupulous and is an opportunist and hunts almost everything from insects to prey much larger and heavier than it, even the giraffe puppies; sometimes they hunt monkeys, baboons, rodents, reptiles, fish and birds.

When they kill a prey the leopards tend to eat a part immediately, this to start eating immediately, in the event that other predators come to steal their prey; but the bulk of their booty is then carried on the branches of a tree to be able to eat it quietly and calmly; once the prey is on the tree it is safe from other predators and scavengers.

In territories where the competition of hyenas, lions and wild dogs is high, the leopards immediately transport their prey on the branches, as quickly as possible, in order not to run the risk of their prey being stolen.

Since they often hunt preys that weigh twice their weight, they make a huge effort to be able to drag them first on the ground and then to bring them on the tree; to do this they use their powerful muscles of the legs and the neck.

Usually, before transporting the killed prey, they extract and discard the entrails, the leopard does not eat them, unlike other predators.

The removal of the viscera in addition to lighten the weight to be transported also has a further advantage: the odor they release attracts other predators in search of easy prey, in this way the leopard detects them and takes them away from the real prized loot.

The power of the paws, of the nails and the incredible grip of the jaw allow the leopard to transport prey of 50 kg, climbing vertically a tree up to 7 meters in height.

The carcass is laid down and wedged between the branches, to prevent it from falling on the ground and become easy prey for scavengers.

Climbing on the trees is not only a way to secure the prey, it is also an escape when the leopard feels in danger, it is a safe place to escape from hyenas, wild dogs and lions that are not able to climb with the same agility of the leopard.

It may happen that hyenas and lions are lurking under the tree where a leopard has taken refuge with its prey, but very rarely the siege gives positive outcomes for the besiegers.

When the territory is rich in prey it happens that the leopards create a sort of food supply, hunting and placing the prey on trees in different places within their territory, this to have several safe shelters and food available. 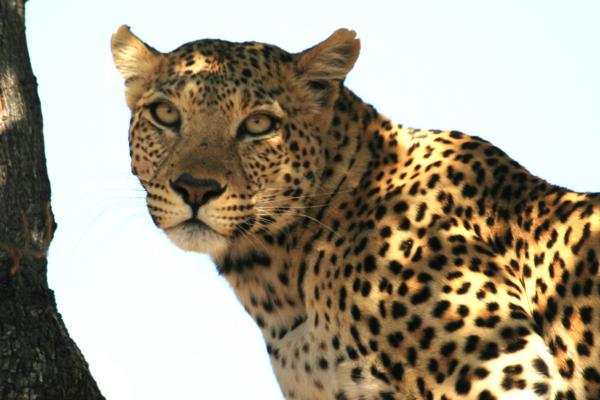 Do you know that the leopard is a real athlete?