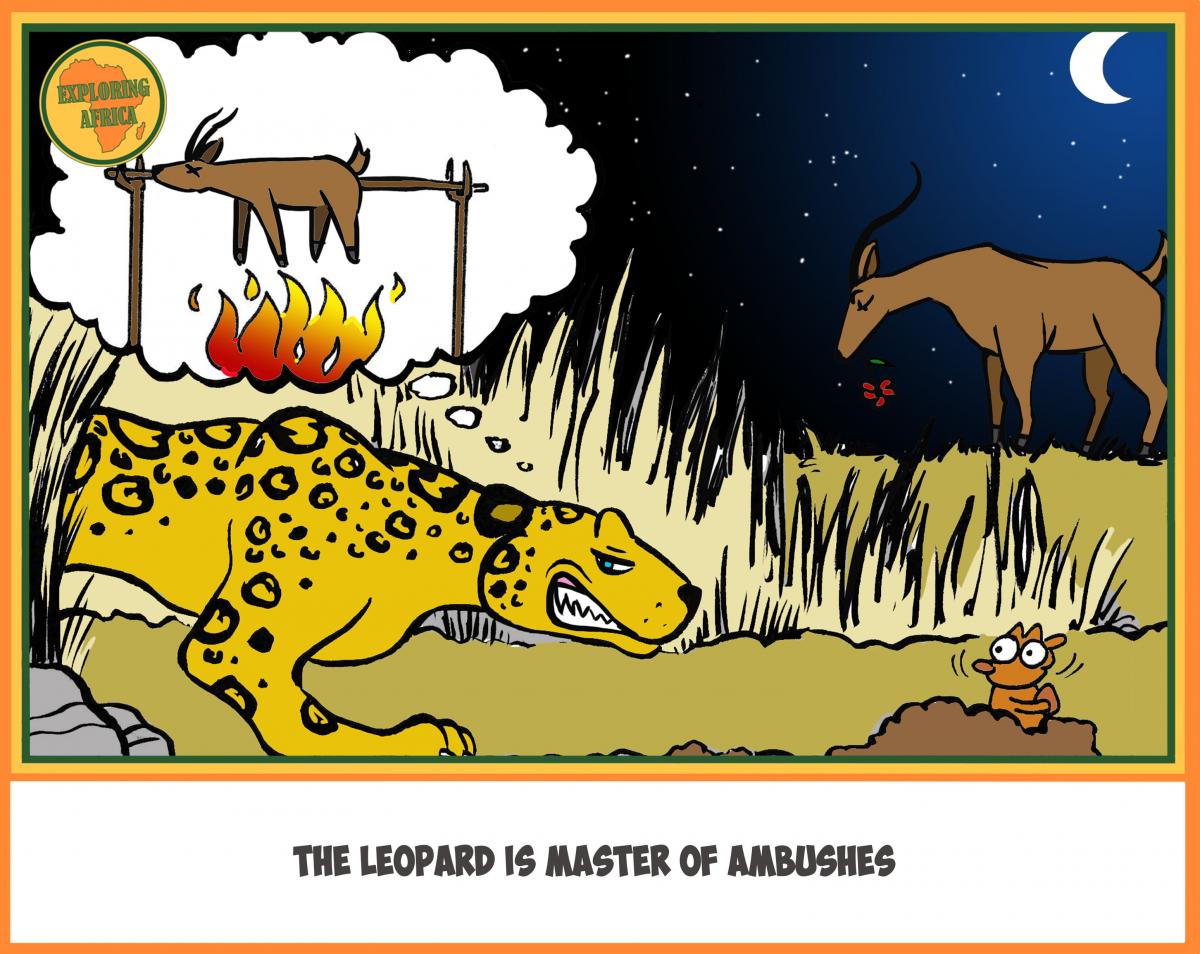 Leopards are beautiful and elegant animals, but their graceful appearance hides a killer that lurks to the prey and exploits in its favor every hiding place that nature offers.

They are crepuscular and nocturnal, that means they prefer to be active with darkness, while during the day they rest in the thick of the bushes or on the trees, where they usually carry their preyto protect it from other predators and scavengers and to eat it in tranquility .

The leopard aims to hunt any animal; it has a preference for medium-sized antelopes such as impalas, but does not disdain fish, birds, warthogs, amphibians, reptiles, monkeys and rodents.

When the leopard points its target, it slowly and surreptitiously approaches, it keeps its head down, the legs are bent to stay closer to the ground and hide in the grass, the movement is slow and stealthy, with the aim of making no noise to avoid being discovered.

The leopard can hunt its prey over long distances, or, can patiently wait in an ambush position if it understands that its prey is approaching.

When the prey is within 10 meters the leopard snaps, launches on the unfortunate prey, uses its hooked claws to lock it and settles the final blow by biting it directly on the back of the head or suffocating it by squeezing the jaws on the throat.

The smallest prey, such as mice, rats and birds, rarely have a chance to escape, a leopard can kill a small prey with a single paw.

The leopard is a master in camouflage and always tries to make intelligent use of the cover that nature offers, a stone, a depression of the ground or a bush are perfect.

Leopards have legendary abilities when it comes to camouflage and stealth, they are solitary and elusive creatures, they can easily approach their prey or homes without being discovered.

In Zambia, in the South Luangwa National Park, we witnessed an incredible hunting scene, the leopard lurked in a furrow in the ground, dug by the water during the rainy season, a sort of deep trench a one and a half meters deep and about two meters wide.

The leopard waited for an impala to jump from one side of the canyon to another to catch it, while the antelope was jumping; an incredible action where the predator has exploited its senses, to feel the animal approach, and its reflexes, to shoot and take advantage of those milliseconds that it had available to launch the attack.

Do you know that the leopard is a real athlete?