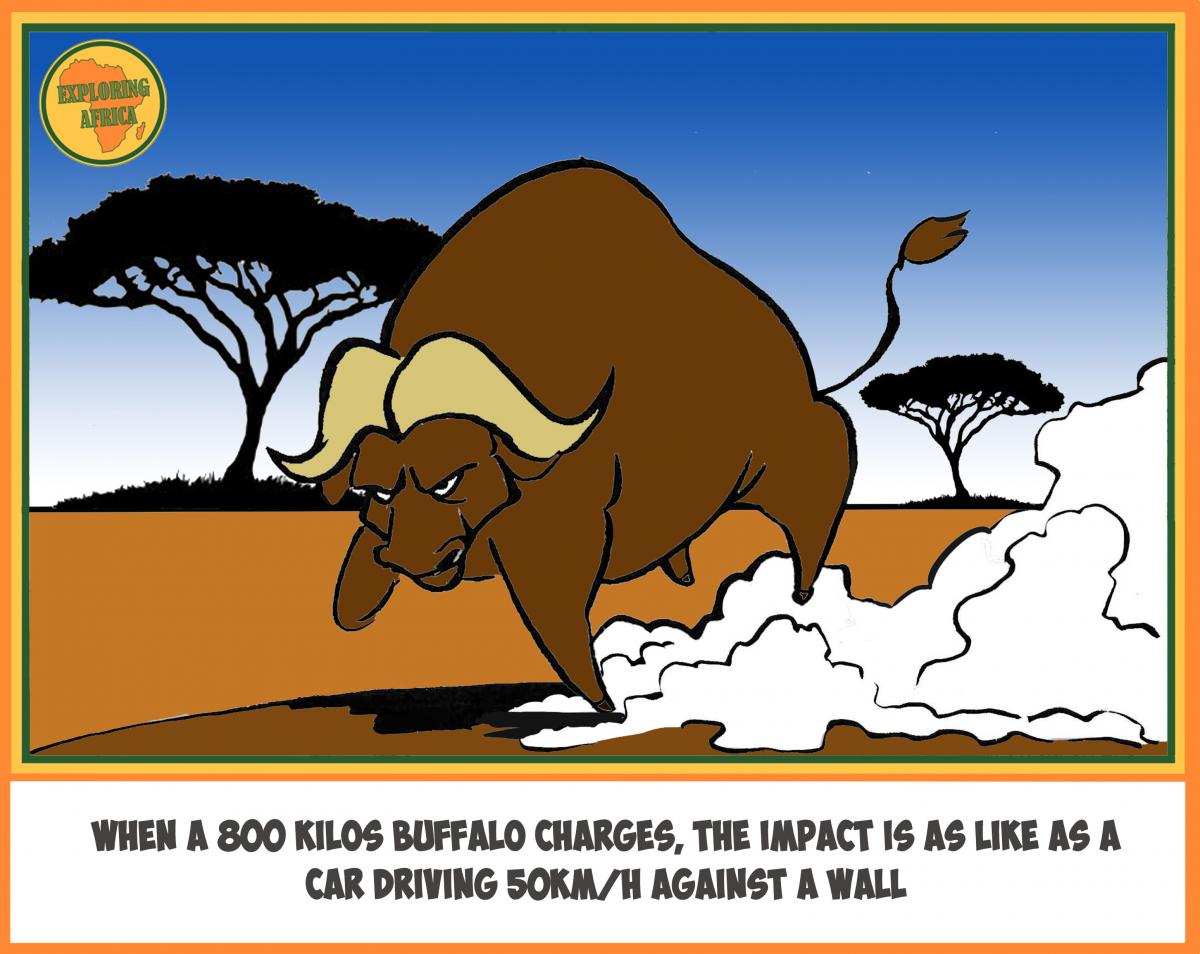 Three adjectives can define the Cape buffalo: powerful, aggressive and fast; all characteristics that make this animal one of the most feared of the African continent.

In fact, an African buffalo launched in a race is not a joke, and if it points towards you, well, let's say it's time to worry!

These powerful creatures have incredible strength and can reach a speed of 57 km per hour.

The build of these animals makes it difficult to stop their run in a short space, once loaded they will go all the way and the impact, with their massive horns, is comparable to the crash against a medium-sized car.

This is the main reason why the lions, when they attack the buffaloes, do so by avoiding the big horns and proceed sideways, from behind or grabbing them to the throat.

The lions are the only predators capable of attacking and killing an adult buffalo, the leopards have a chance to catch only the newborn calves; the real predator that these great herbivores must fear is man.

The uncontrolled hunting, practiced in the past, has considerably reduced the number of African buffalo specimens, in some areas where it was present it is now extinct; moreover, also the reduction of their habitat has contributed to decimating this species.

Although not particularly elegant and beautiful, the large herds that move compact leave people impressed by the force they transmit and, if you are lucky enough to see a herd run to escape an attack, you will feel the ground shake and see the dust rise; the noise of bellowing, like a dull rumble, and the clatter will lead you mentally into a sort of infernal circle described by Dante. 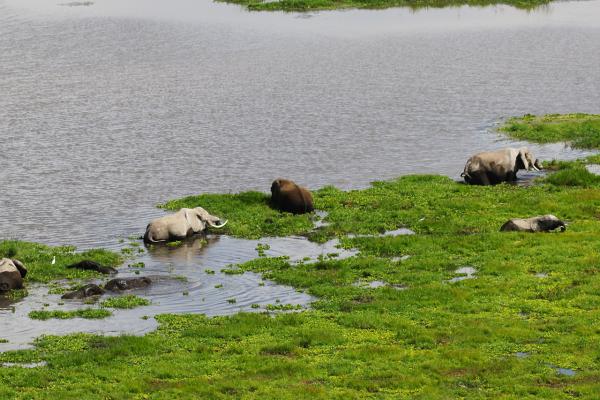 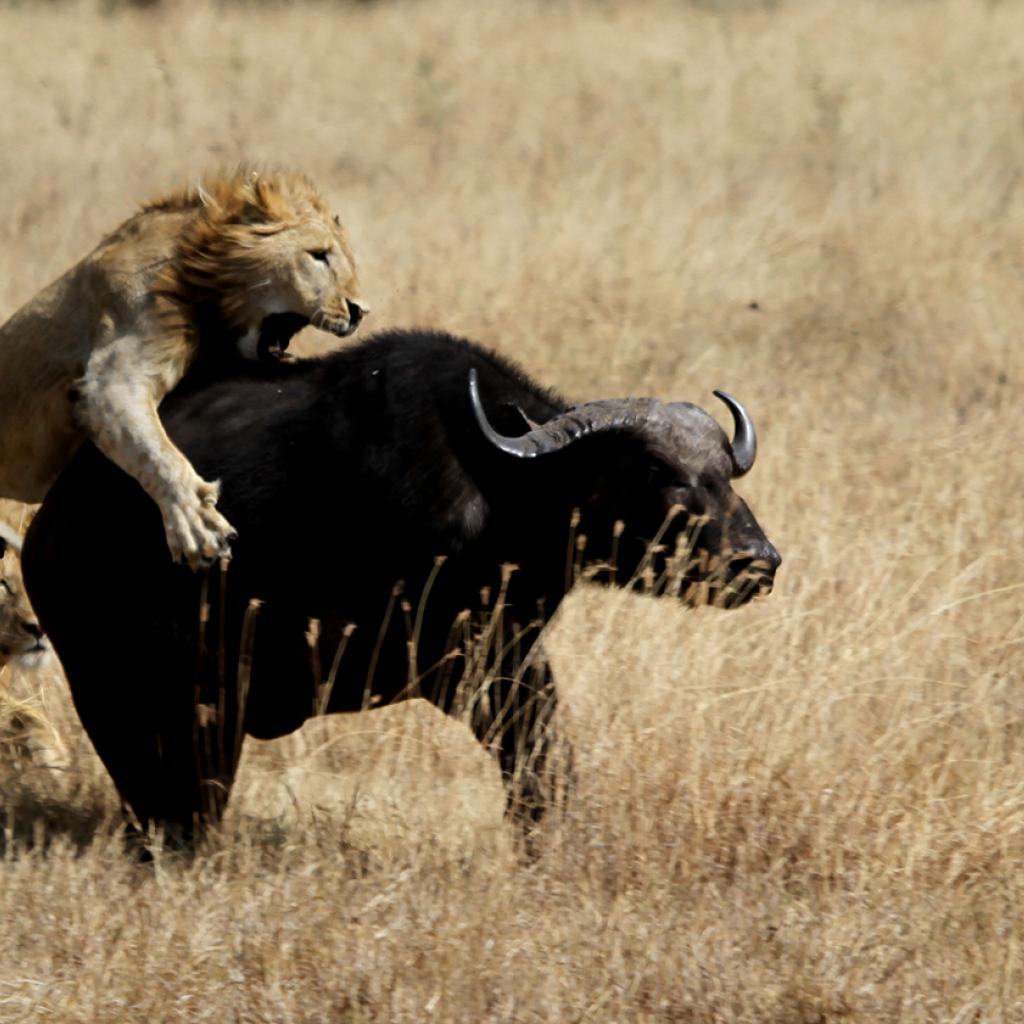 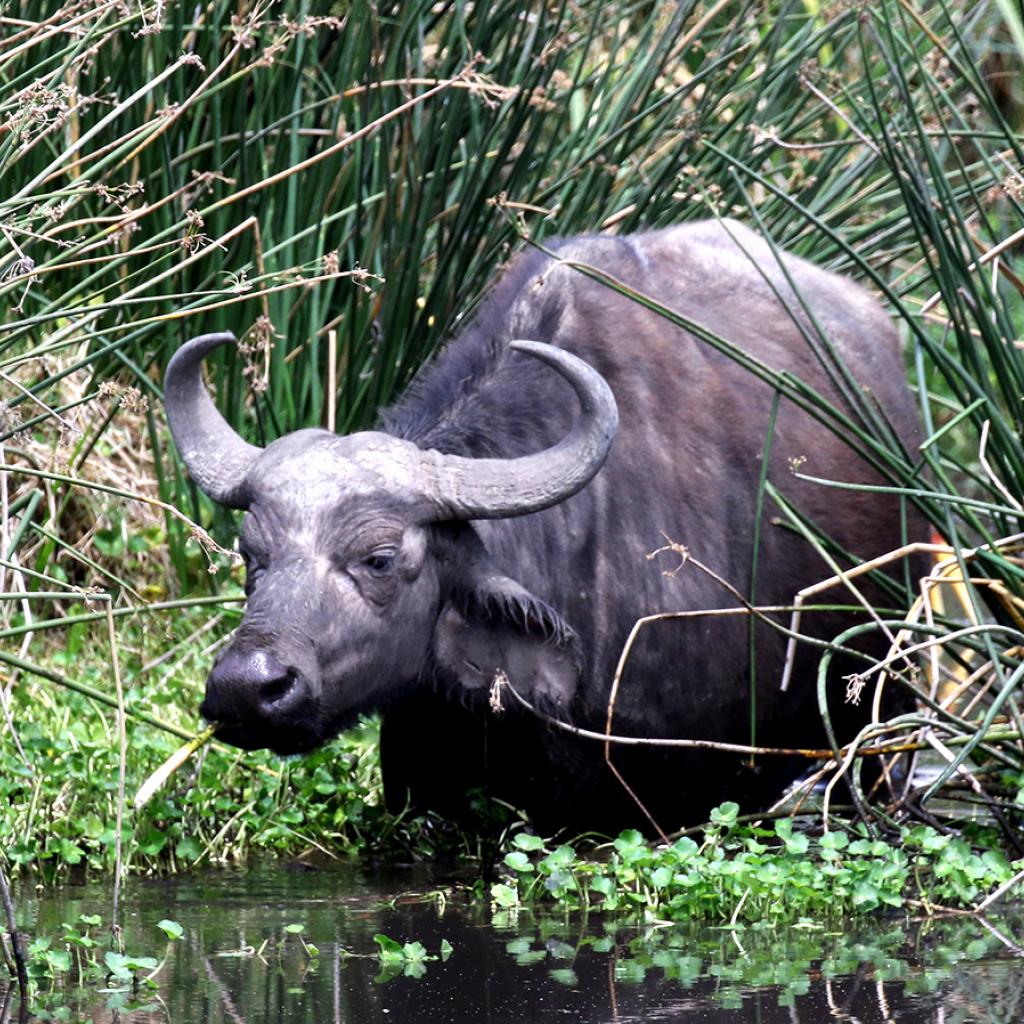 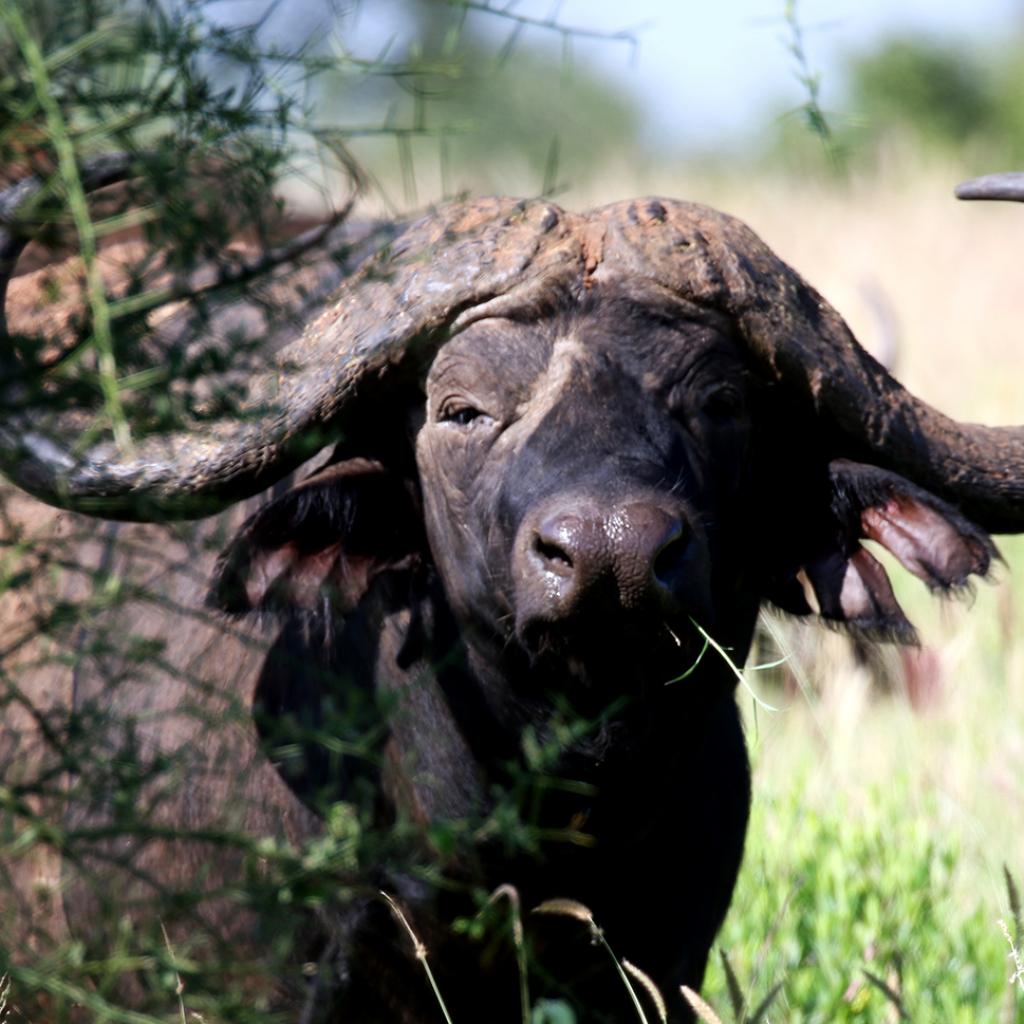