The San are the oldest inhabitants of Southern Africa, living in the vast expanse of the Kalahari Desert for 20,000 years, although some archaeological studies shift their dating to 100,000 years; they are considered to be genetically closest descendants of the Homo sapiens, from which the Negroid populations of Africa and the Pygmies descended.

The ancestral lands of the San, originally, were populated by large herds of antelopes, elephant ostriches and numerous other wildlife; during the XVII century some populations of farmers of Bantu origins came to these lands from Equatorial Africa.

This first invasion, that saw the reduction of the lands for exclusive use of the San, was followed by a second one, by the Boer and British colonizers, who invaded the lands of the San with their herds of cattle.

The San chase the bovine herds, as they used to do with the antelopes, triggering the wrath of the colonists who soon pushed them out of their lands, into lesser and lesser hospitable areas, and began the repression against them.

What followed was a real genocide, the San, who originally were several millions, reduced to just about 100,000 individuals and this was due to their "primitive" lifestyle.

More recently, in order to protect this population, the Central Kalahari Game Reserve, in Botswana, was set up; a reserve specially created to protect the traditional territory of 5,000 Bushmen and the game on which depends their survival.

Unfortunately, for the San, in the early ‘80s, diamonds were found in the reserve; this discovery had, as a first result, the government's request to clear the area and move elsewhere.

The San refused to abandon their lands of origin, and this rejection resulted in the government taking the first forced evictions in 1997, followed by others in 2002 and 2005.

In 2002, the San went to the tribunal against the state of Botswana, accusing it of illegal evictions; despite the referrals and delays, in 2006 the judges came to the verdict: the judges agreed with the San and confirmed their right to live in their ancestral lands, the judges also established that the Bushmen had the right to hunt and collect freely, inside their lands.

Despite the defeat, the Botswana government has not abandoned the mining project, and the actions of intimidation against the San are still being pursued; it is estimated that the mine has a value of about $ 2.2 billion, a figure too high to abandon the project.

Botswana is the largest diamond manufacturer in the world and 35% of its GDP comes from the exploitation of its mines that are controlled by a company named Debswana, owned by the government for 50% and by De Beers for the remaining 50%.

In the name of "comfort" one tries to improve the lives of the San, but the result is exactly the opposite, once abandoned the traditional way of life they are forced to perform humble and underpaid work, and like other populations that lose the bond with their origins, they are lost in the hell of alcoholism, prostitution and violence. 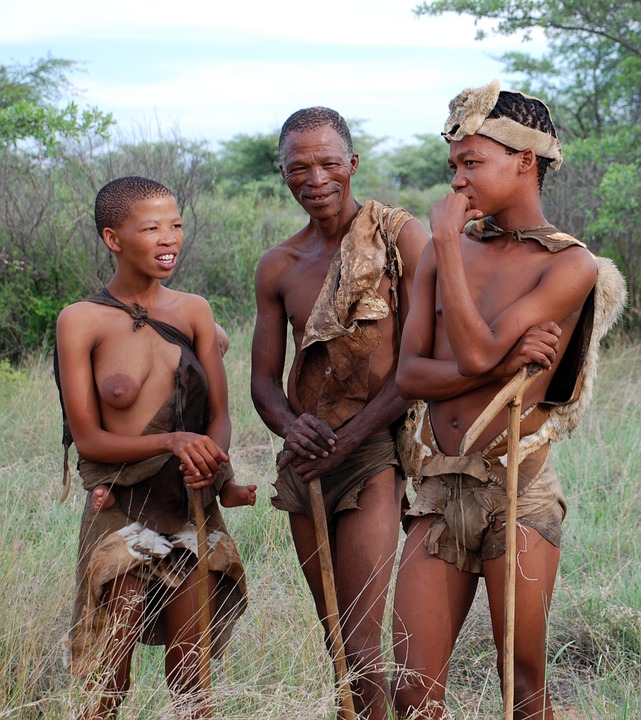