The Nxai National Park is in Botswana and it's a part of the large pan, or salty and dry lakes of Makgadikgadi, located in the Great Kalahari Basin; this park is located North of the road that leads from Maun to Nata.

This park, as well as the neighboring Makgadikgadi Pans National Park and all the other salty lakes, are part of the basin of an ancient lake that was in this area in prehistoric times.

Nxai is pronounced almost as "high" in English, but preceded by a click, typical of the language of the Khoisan; the correct pronunciation of the "x" is in fact made by making a palate slip, ie pressing the tongue on the palate and then removing it quickly.

Some signs of the presence of this "super lake", estimated to have an area of ​​80,000 sq. Km, are still evident today, at some points are visible what were once the banks of a lake deep even 40 meters, elsewhere, there are fossil dunes, molded in the past by winds and now covered with vegetation, predominantly prairie.

In addition to the grassy outskirts, there are acacia bushes, popular with giraffes, and a mopane forest in the North-Eastern area.

There are still some islands that were once surrounded by water, at some points the water level sign is still visible, as the fossil guano of birds that once nestled, is easily recognizable.

On some of these ancient islands there are majestic millennial baobabs, the most famous are the baobabs of Baines, they are called so since they were immortalized in a painting by the artist and explorer Thomas Baines during one of his trips, in May 1862.

Since then the baobabs have remained virtually unchanged, only one branch of one of the seven majestic trees has been broken, and some call them the "Seven Sisters".

The park covers an area of ​​2,658 sq. Km and develops from South to North, along the Southern border there is the only entrance, along the Maun-Nata road, continuing North along the only track, at some point you reach a crossroads: if you turn right, shortly after, you reach the Kadiakam Pan and the baobabs of Baines; while straight ahead you reach the Nxai Pan and from here, going North-East, you meet the Kgama-Kgama Pan, that is the only area of ​​the park where there are the mopane.

The pans, or salty dry lakes, remain waterless for the most part of the year; only when abundant rains occur in the months of December to March, they are filled with water, that progressively sprinkles under the sun.

During the rainy season, especially in the months of December to March, grassland and water puddles attract herds of herbivores from the nearby Okavango Delta; this is the best time to go to the Nxai National Park to see the wildlife, but the rain can make the soil very slippery and muddy, driving can become very difficult and the risk of getting bogged down is high.

The best place to spot animals, even during the dry season, is in the area around the Nxai Pan; you can see the springboks, the giraffes and the gemsboks and, of course, the lions and the spotted hyenas patiently waiting for their prey.

Before going inside the park, it is good to refill fuel, water and food, since there are no structures that sell groceries; only 4x4 vehicles can access the park, and it is also possible to camp, but only in designated areas.

There are not many visitors in the Nxai Pan National Park, and this is just a matter increasing its charm; the silence of this place, interrupted only by the song of a bird or by the noise of the herbivores' hooves, makes this park a true hidden jewel where you can live the true experience of wild Africa. 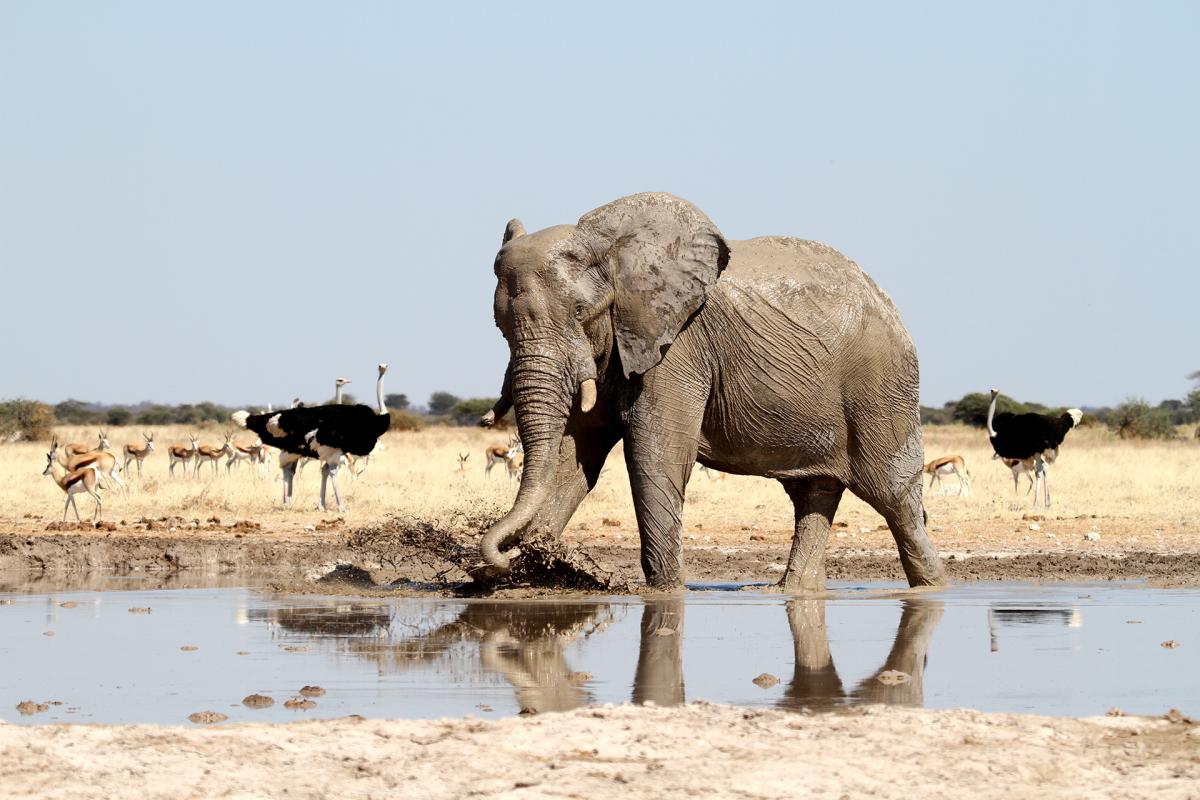