During the rainy season the pans are filled with water and the prairies of the Nxai National Park are covered with green pastures that attract many animals from the nearby Okavango Delta and other areas of Botswana.

There are several species that come and gather here after the rains, among these: great herds of Burchell's zebras, wildebeests, gemsboks, elands, hartebeests and steenboks; there are also springboks, and here is, among other things, the Northernmost point where you can meet them.

Burchell's zebras, about 25,000 specimens, and wildebeests pass through these lands and then continue their journey to the Boteti River, that, during the rainy season, has a good amount of water and its shores become lush green; at the end of the rainy season, the herds will return to the Okavango Delta, where they find reliable sources of water and food.

Sometimes you can see numerous tower of giraffes, at times with more than 40 specimens, walking in the park looking for acacia groves; while in the North-Eastern area, where there is a forest of mopane, there are kudus and impalas, here some water puddles are permanent and some of these animals never leave this area.

The impalas have a very varied diet, they can adapt to different types of vegetation and can feed both browsers and grazers and this park is one of the few places where they share the habitat with the springboks that are instead exclusive grazers; elsewhere, where impalas are found, there are no springboks and vice versa.

In the months between December and April it is the period of the birth of puppies of many species of herbivores; a unique event to attend, but predators are ambushed to wait for the right time to take advantage of the situation.

During the summer months, near the Kgama-kgama Pan, you can see elephant flocks with puppies, while lonely males enter the mopane forest.

Sometimes the tsessebes reach here, this is their Southern limit, and they cannot be spotted more South than here.

Rarely, some buffalos and some white rhinos were spotted.

In the winter months most of the herbivores abandon these places, where the water springs are scarce and few would survive with the drought and the warm wind that raises the salty powder; the only ones who survive and manage to live here are the springboks and some shy steenboks.

There are also small mammals such as the bat-eared fox, the aardwolf, the African wild cat, the genet, the various species of mongoose, the bush baby, the aardvark and the porcupine, as well as squirrels and hares.

There are also more than 200 species of birds, especially during the rainy season, when migratory species are also present, including some aquatic ones, especially if rains are abundant.

Lizard monitors, lizards, including the Makgadikgadi spiny agama, turtles and various species of snakes can also be seen. 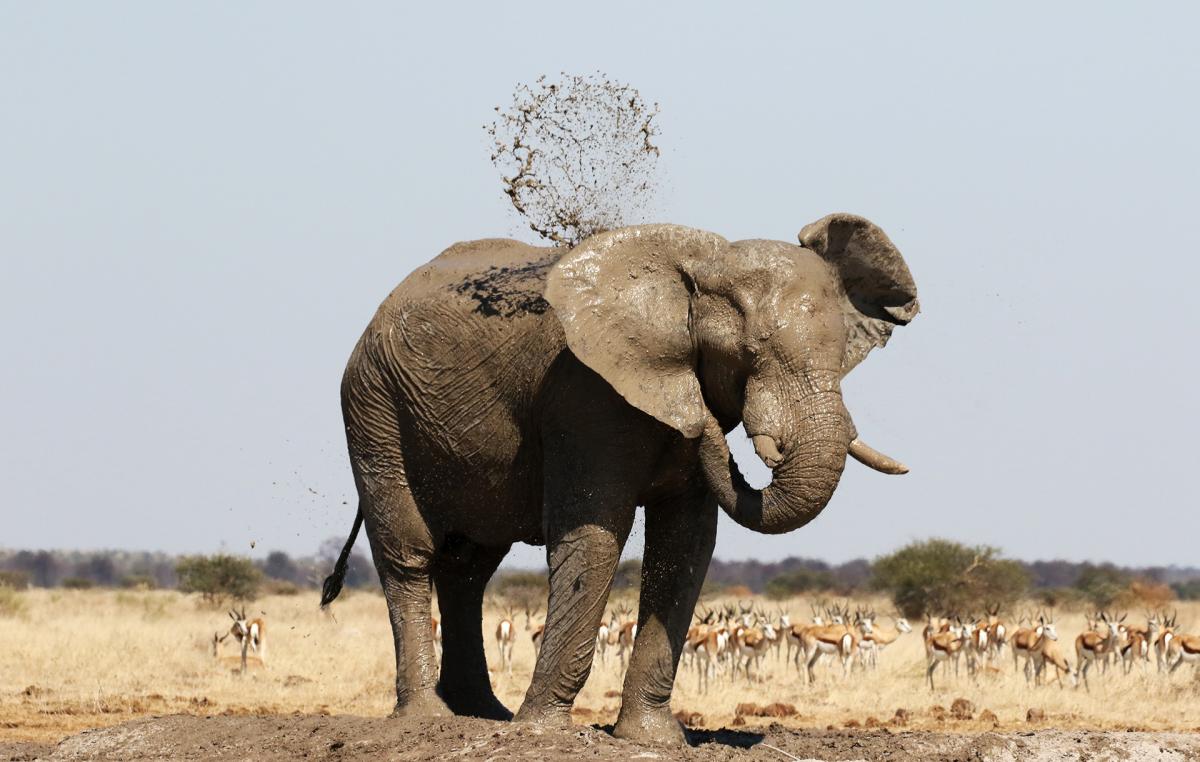