The Moremi Reserve is located in the Eastern-Central part of the Okavango Delta, North-East of Maun, and covers an area of ​​approximately 5,000 sq. Km, that is about one-third of the entire area of ​​the delta.

This is the only protected area of ​​the Okavango Delta and it is of great importance from a scientific, environmental and, of course, conservation point of view.

Many animals of many species live here, so much that it is one of the areas with the highest concentration of animals across the African continent, also thanks to the different habitats that are present; from mopane forests to areas of shrubs of acacia, from dry savanna to alluvial planes, from river forests along the canals, to innumerable swamps and islands lost and isolated from the land.

It is possible to say that the Moremi Reserve has two souls: the large areas of dry territory, where there is a forest of mopane and a portion of rainforest, and the vast swampy areas.

In the North-East part of the reserve lies the Khwai River that, with its perennial water, feeds lagoons and marshes and a wonderful river forest; here there is a high concentration of predator birds and of water birds; there are also good opportunities to spot the leopards.

Going South you will find the Mopane Tongue, a peninsula lying in the interior of the delta and covered in the central part by a mopane forest, while alluvional plains and canals lie on its edges; on the most extreme point there is the wonderful Xakanaxa lagoon.

Here the sightings are exceptional, there is a high presence of antelopes, elephants, leopards, cheetahs, lions and many other mammals, and there is also a large variety of birds.

Further South lies the Chief Island, an island surrounded by the Boro and Santantadibe channels and wetlands, marshes and sandy islets; inside there is a forest of mopane and a very high concentration of animals.

The sightings on this island are exceptional throughout the year as the animals present here cannot migrate elsewhere during the rainy season, as this territory is isolated from the land by permanent water channels and marshes.

Among the species of animals that can be seen during a safari in the Moremi Reserve there are: elephants, in Botswana there are 130,000 specimens, about a quarter of all the elephants in Africa, buffalos, especially on Chief Island where there are large herds, lions, leopards, cheetahs, wild dogs, spotted hyenas, the largest population of red lechwes, white rhinos, black rhinos, reintroduced respectively in 2001 and 2003, impalas, tsessebes, wildebeests, Burchell’s zebras , sitatungas, kudus, springboks, sables, roans, the ubiquitous baboons and vervet monkeys.

There are about 460 bird species including the sacred ibis, the wattled crane, the secretary bird, the African jacana, the African pygmy goose, the Pel's fishing owl, the hammerkop, the ostrich, various species of herons including the goliath heron, various cranes, egrets, hornbills, bee-eaters, rollers and African skimmers; there are also many predators birds, including different eagles such as the African fish eagle, kestrels, hawks and many others.

Finally, there are different species of reptiles, amphibians and insects, especially during the rainy season.

In the reserve you can make daytime off-road safaris with both tents guides and in self-drive mode, motor boat safaris or on board a mokoro, a typical local boat excavated in a trunk of a tree; night safaris and walking safari are not allowed.

The reserve is not fenced, as it is not even the Okavango Delta; the animals are free to move and go from here to the Chobe and to Linyanti or towards the Makgadikgadi Pans or again towards the Central Kalahari during the rainy season, then return to the delta and the Moremi during the dry season.

Herbivores are moving in the constant search for food and water sources, and during the rainy season, there is plenty of pasture everywhere and this causes the herds to disperse on the territory, migrating to other areas of Botswana; some felines follow these movements, while others are more sedentary.

During the dry season, instead, pasture lands, seasonal ponds and rivers dry up, so animals are forced to migrate where they are certain to find a secure source of water; in the Okavango Delta, in the months of June and July, the flood of the Okavango River spill over, and this causes the animals to find plenty of water. In the months to come, the delta is progressively discarded mainly due to evaporation and the amount of water absorbed by the plants.

The dry season is the best time to go to the Moremi Reserve, due to the high concentration of animals and the low vegetation that facilitates sightings; although in other times, the safaris in this reserve are far from disappointing.
This is one of the easiest areas of the Okavango Delta to reach and where there are several lodges of different levels, from the most luxurious to the cheapest ones, there are also some campsites.

A part of the reserve, the Mopane Tongue, can be reached by 4x4 from Maun, while the rest of the Moremi can only be reached by small planes landing on dirt tracks. 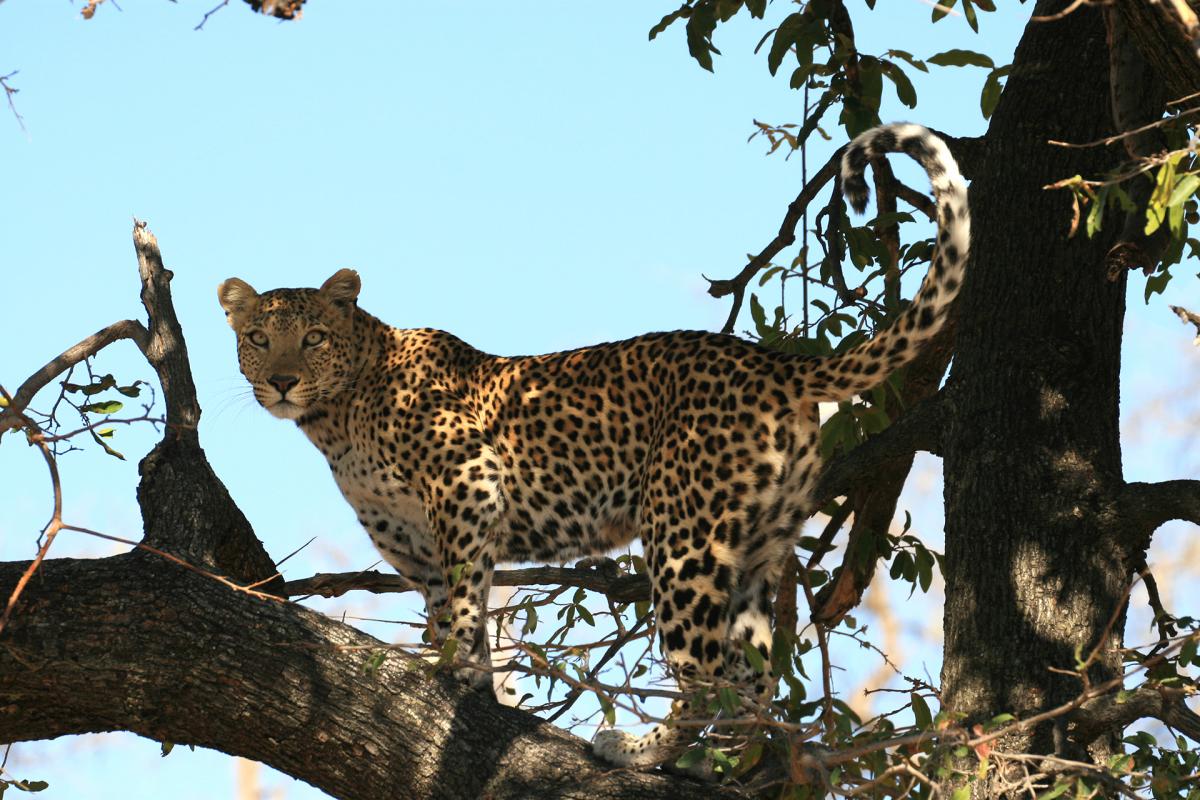