The Moremi Reserve hosts and protects a density and a variety of animals that makes it one of the best places in Africa for safaris.

Moreover, since the reintroduction of the white and black rhinos in the early 2000, it has become one of the places where all the Big 5 can be seen.

Buffalos and elephants are present in large number throughout the year and often form large flocks near the water.

It is estimated that in the North of Botswana there are 130,000 specimens of elephants, who account for about one quarter of the total population of the continent; many of them sheltered here, escaping from the neighboring countries where wars and poaching threatened them.

These wonderful elephants perform a real migration throughout the year, guided by the availability of water at different places at different times; many specimens come to the Moremi Reserve during the dry season, from June to October, coming from the Chobe and the Savuti, since here and in the Okavango Delta in general, they can find plenty of water.

There are also elands, sables and roans, but they are less common and are more difficult to notice, since when they hear the noise of an off-road vehicle, they tend to run away; there are more chances to see sables and roans when they go down to the river, such as along the banks of the Khwai River, in the North of the reserve.

Here is also the sitatunga, an antelope that lives in the swamps and in the marshes; but despite the fact that there are a lot of them, especially on Chief Island, it is very difficult to see them; you are more likely to approach them by a mokoro, so it is more difficult they get scared and run away.

Lions, leopards, spotted hyenas and cheetahs are present in large number in the dry areas of the Moremi Reserve, that is also one of the places where there are several African wild dogs, present in large a part of Northern Botswana.

In the Moremi Tongue, in the Khwai area, there is a large number of lions that have become famous because they are able to hunt medium-sized elephants; usually the lions do not try to hunt the pachyderms because it's often a mission destined to fail.

Leopards are especially noticeable in the river forest along the waterways and in the mopane forest, practically everywhere there are tall trees with strong branches, in order to save their prey from other predators.

On Chief Island the hyenas are the most common predator, but lions are also present in large number.

In the past at Mombo, on Chief Island, there was a large number of African wild dogs, now that herd, in the decades to come, has split into several groups that have moved from the original area, and at present they populate the Moremi Reserve; along the banks of the Khwai River these canines often dig their dunes to save their puppies; therefore, in the period when the offspring is there, they are more likely to be seen in this area, although, during the day, they also move several kilometers away from the den.

Here are both the black-backed jackal and the side-striped jackal, but the first one is easier to be seen as there are more specimens

It is possible to spot the brown hyena, present only in the dry areas of the reserve, this kind of hyena favors the most arid environments; it also focuses on areas where there is less concentration of other predators, since, in a direct confrontation with a prey, it would always have the worst and could even be surrendered.

In the Moremi Reserve, a little everywhere, there are also aardwolves, aardvarks, servals and caracals; they are hardly noticeable during a day safari because they are twilight and nocturnal animals, but it is possible they get around the tent camp during the night.

Bat-eared foxes are also present, but they prefer dry soils, so they are only present in some areas.

There are some species of otter in the water, including the cape clawless otter and the spotted-necked otter. They are usually very difficult to spot.

In the Moremi Reserve there are also the manis, but being nocturnal animals, they are difficult to spot; also here there is a lower density than in other areas of Botswana.

Within the reserve no night safaris are allowed, so the only opportunity to spot some active animal in these hours is that he goes to the tent camp; it is not uncommon to spot honey badgers, porcupines, African wild cats, civets, small-spotted genets, large-spotted genets, hares, springhares, bush babies and black-and-white striped polecats, although the latter are really difficult to spot even at night.

Since 2001, after poaching decimated them in the 90s, in the Moremi Reserve the rhinos have returned, before it was the turn of the white rhino and two years later of the black rhino.

Now the population of these animals is quite large, but sightings are anyhow not common. 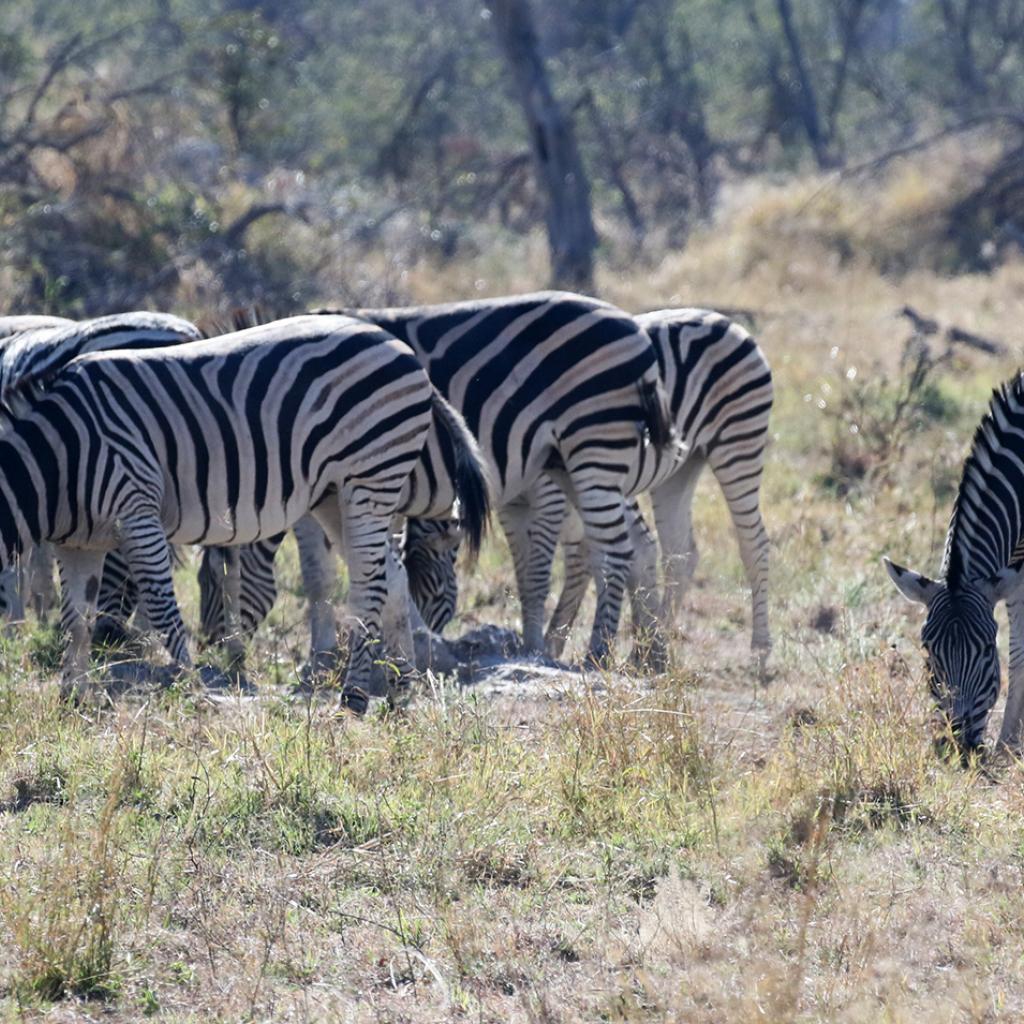 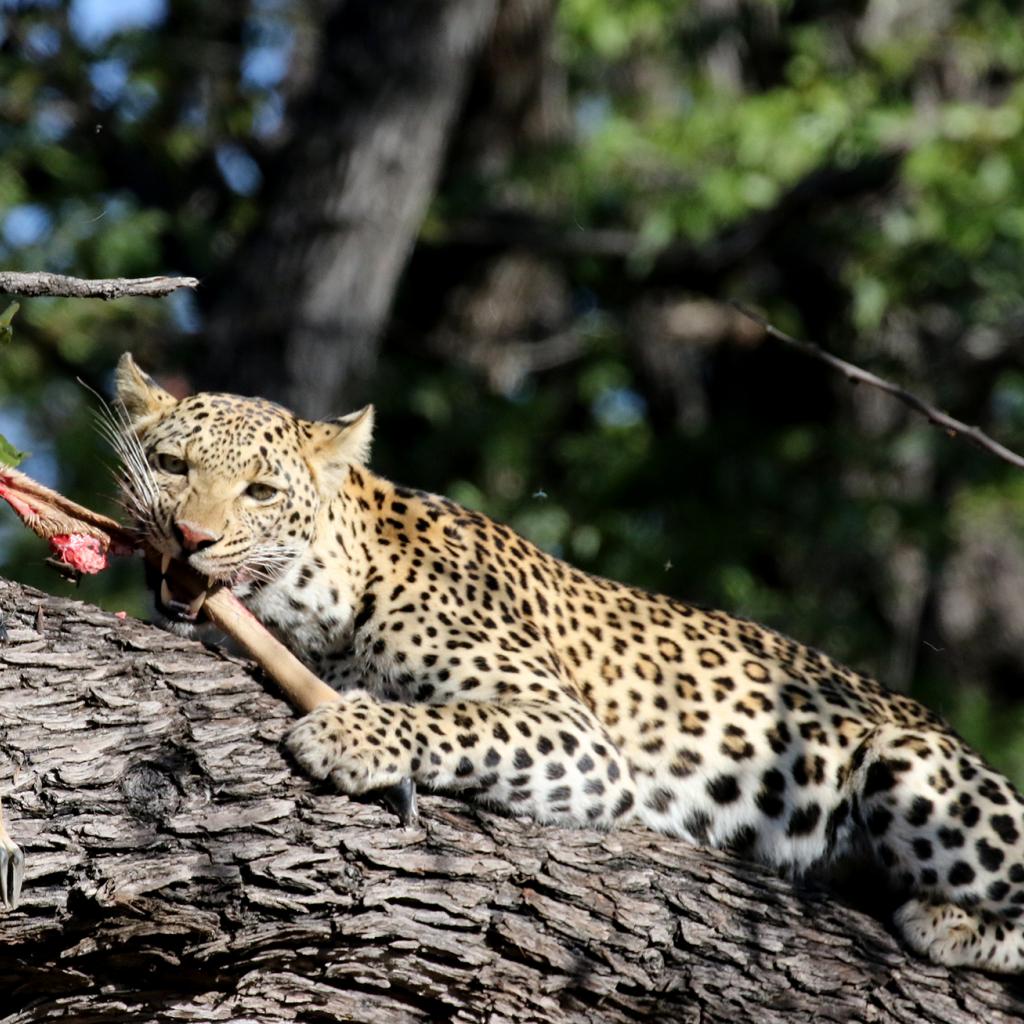 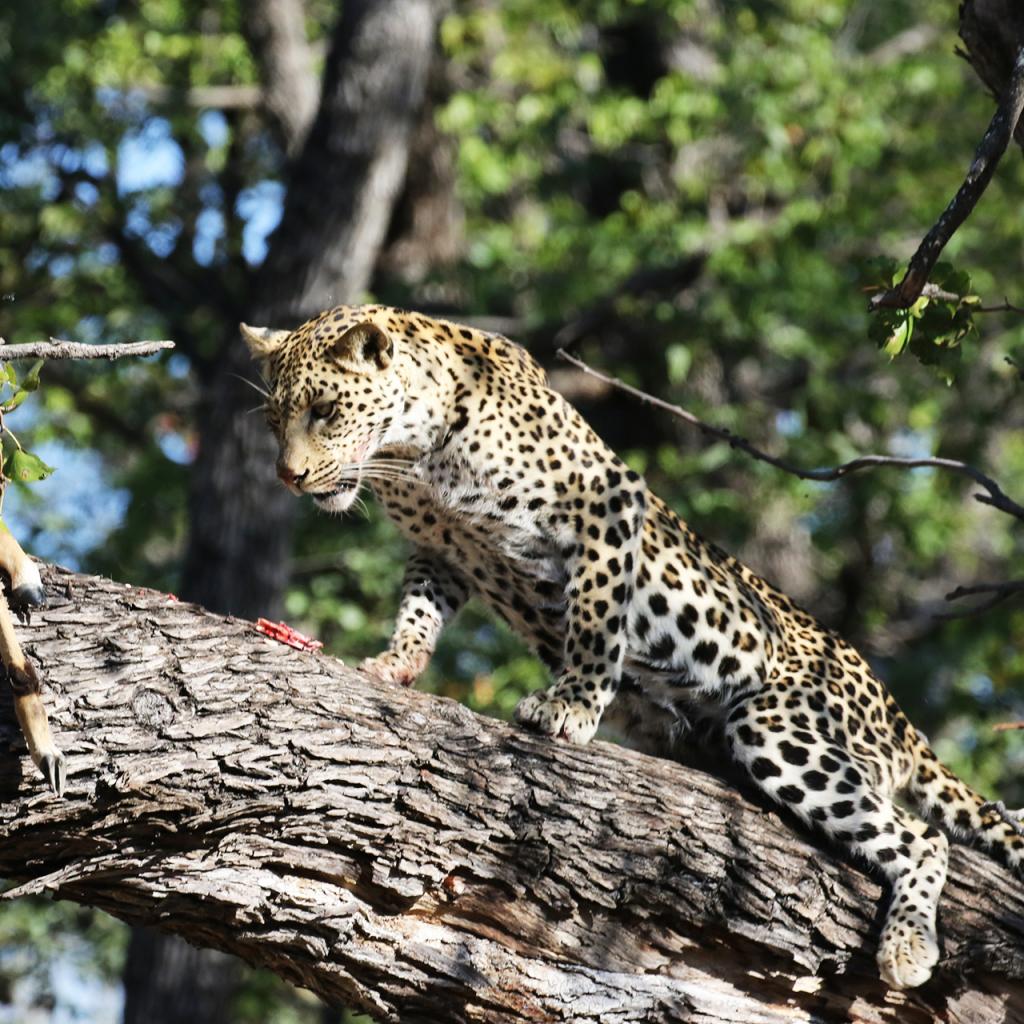