The Sua Pan is a great salty expanse, located in the North-Eastern part of Botswana and is part of the Makgadikgadi Pan complex; it is one of the two main twin pans and extends North from the town of Nata, to the South, where there is the village of Mosu, and it is divided by the Ntwetwe Pan by a long and narrow strip of grassy land that stretches throughout its entire length.

Sowa, the original name of the Sua pan, in Setswana means "salt", its surface is entirely covered by a salt crust that was formed following the dewatering of the super lake, the Makgadikgadi Lake, that was present here about 10,000 years ago; every year during the rainy season, especially if they are abundant, the salt surface is covered with water, that then evaporates during the dry season.

In the past, the San collected salt from the surface of the lake and transported it through the use of donkeys, but salt is now extracted from Botswana Ash (Botash), that is located along Sua Spit.

The Nata River is located in the North-East part of the Sua Pan and pours its waters into that part of the salty depression; the river comes from Zimbabwe, and in years of abundant rains, during the rainy season, the flowing water is enough to create a pond of warm water, deep no more than 50 cm.

Where the fresh water of the Nata River meets the salty surface of the Sua Pan, it forms a salty delta with muddy cane thickets.

During the summer months, from December to March, this area of the Sua Pan attracts many birds, especially the aquatic ones, who come here to mate; in particular, if rains are abundant, a large number of flamingos, both greater and lesser, come here to build their clay cone nests.

The Nata River Delta, that has an area of 230 sqkm, is now a protected area by the Nata Bird Sanctuary.

Another tributary of the Sua Pan is the Mosetse River, named after the village along its banks.

In the Sua Pan there are also two granite islands: Kukome Island and Kubu Island.

Of the two Kubu Island is definitely the most famous and is located in the South-West of the Sua Pan; it is accessible from the track that crosses the pan and runs along the narrow grassy strip.

It is a 1 km long and 10 meters high granite rock island on which some spectacular millenary baobabs have grown up; on the island there are the obvious signs of the erosion of water when, ten thousand years ago, there was a huge lake, and there are several archaeological finds, including some objects of the Stone Age and a circular wall of stones possibly built by the Kingdom of Great Zimbabwe.

On the surface of the Sua Pan were found fossil remains of molluscs and diatoms dating from the period when the Pans were part of a lake of 80,000 sq km covering these lands.

About a dozen kilometers South of Kubu Island there are the South Islands, two smaller islands than Kubu Island; on both baobabs have grown and the largest island in the East hosts several stone cairns.

Before coming here it is good to check the conditions of the pan soil; even during the dry season, some wet areas could persist where the car could slip under its weight

Kukome Island, instead, is located on the opposite side of the Sua Pan over Kubu Island, and here are the beaches with fossilized pebbles and human remains of the past.

In the Southern part of the Sua Pan, near the village of Mosu, there is a 40-meter high escarpment that shows signs of erosion by the water, it is believed that this was the shore of the Makgadikgadi Lake, that was here more than 10,000 years ago; here are also several underground springs that emerge along the edge of the Pan.

When traveling in this area it's good to follow the tracks of the slopes and not venture into the Pan, even during the dry season, in fact there may be areas where the ground is still damp, sometimes it is understood too late when the car is already stuck in the mud; it is also necessary to bring along everything necessary: food, water, fuel. 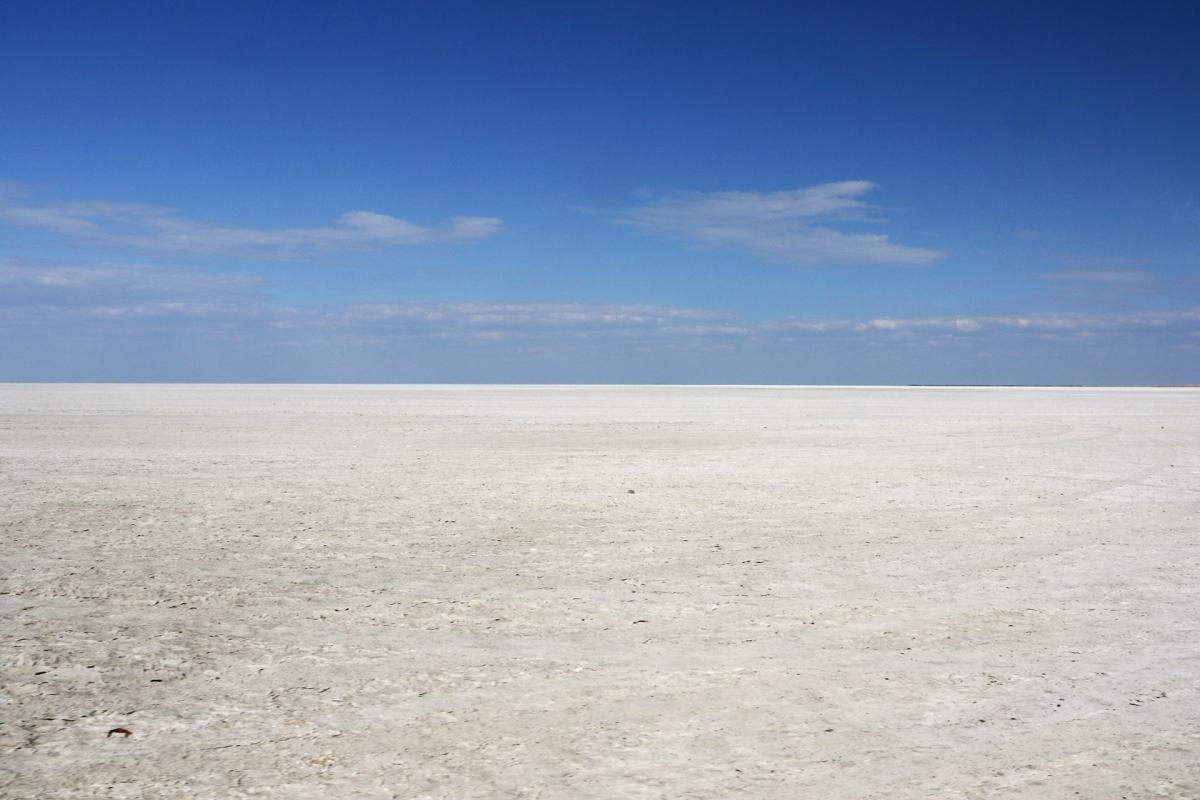