Now the bed of this lake is almost always dry and the sand of its ancient backdrop, deposited here in the Triassic, is covered with a white crust of salt stretched out of sight; rock formations are a rarity and can be spotted at a distance.

This sand, deposited here 300 million years ago, is made of basalt, sandstone and clay, it also contains some minerals including gold, copper, silver and nickel.

During the Cretaceous, some 80 million years ago, some cracks in the earth's crust allowed the release of highly liquid magmatic material from various "pipes" of molten materials, this material is known as kimberlite; the very high temperatures and the high pressure in these funnels have created the diamonds that are present throughout this area.

It is thought that the great lake was formed 800,000 years ago, when the first telluric movements caused the rivers, that at that time were flowing in these lands, to no longer continue their journey to the ocean; it is thought that the rivers could be the Okavango and the Zambesi, in addition to the present tributaries.

It is estimated that the lake has dried up about 10,000 years ago, probably due to other telluric movements that have further elevated the soil, diverting the streams that fed it; some believe that there has also been a climate change.

There are some exposed rocks in the pans, and some granite outcrops, Kubu Island and Kukome Island, in the Sua Pan are the two most known and recognizable islands, on these islands live millenary baobabs, and on the rocks you can still see the sign of where once was the water of the super lake; there is also a fossilized rounded pebbles beach, a typical sign that here broke the waves of the great lake between 17,000 and 14,000 years ago.

In the Ntwetwe Pan there are no granite outcrops but some dense barchans, of these Gabasadi Island is the largest; probably formed at the bottom of the lake following the wave and currents movement and then, when the lake drained, shaped by the wind.

The traces of the shores of what was the prehistoric lake are still visible to the South of the Sua Pan; near Mosu, in fact, rises the Gidikwe Ridge, about 40 meters high, where there are signs of the erosion of the waves of the lake.

For the rest the pans are completely flat and, during the dry season, from June to October, an expanse f salt dried in the sun above a layer of clay; while during the rainy season, if the precipitation is abundant, the pans are filled with water, but the level never exceeds 50 cm in height, however sufficient to bring life back to this place, otherwise completely inhospitable.

The main tributaries of the Makgadikgadi Pans are the Boteti River to the West and the Nata River to the East and, if the seasonal rains are abundant, these rivers are able to flood the salty surface of the Pan.

Herbivores gather on the banks of the rivers, where they find the vegetation, while the birds come in large numbers, especially the pelicans, and flamingoes, both lesser and greater.

Soda ash has many uses: it is a component of glass, it is used in swimming pools to raise water's ph, it can be used as a fabric softener and also to remove stains of grease, oil and wine; while sodium chloride is table salt, that is also used to preserve food.

In the Eastern part of the Sua pan there is an industry for the extraction and collection of salt and soda ash. 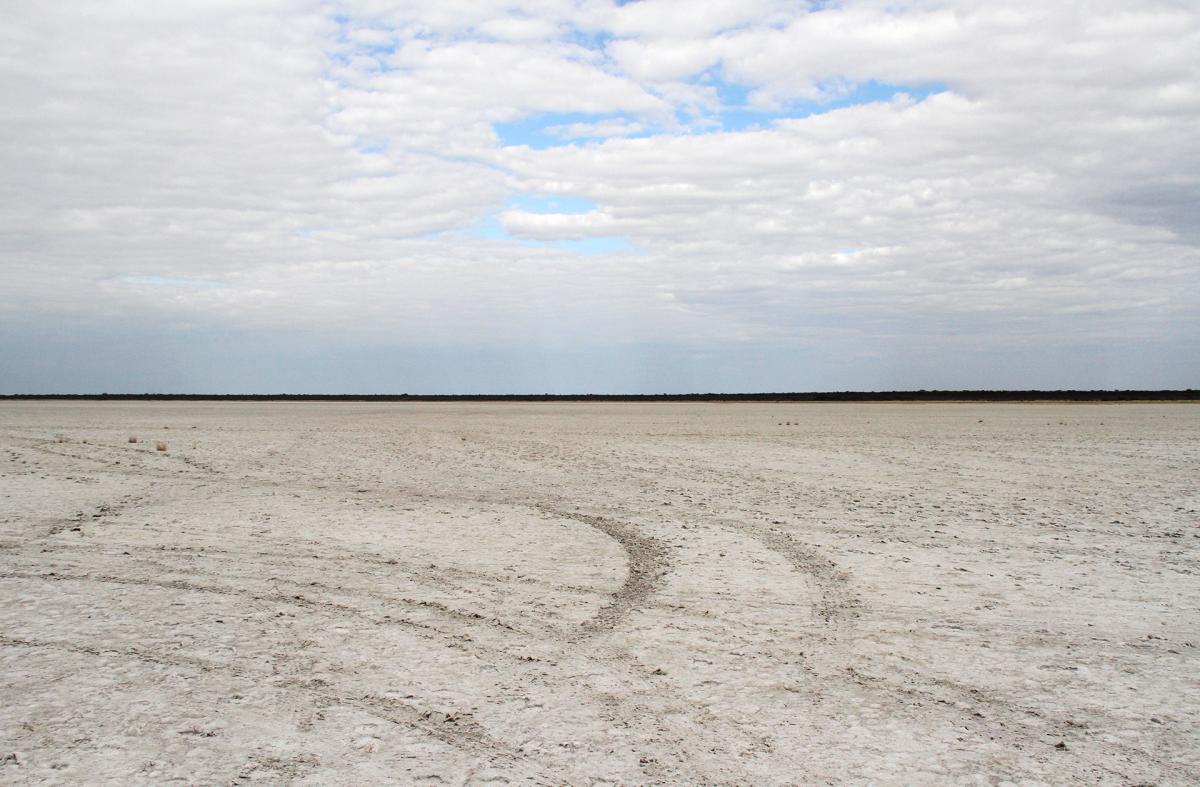