The Makgadikgadi Pans National Park in Botswana contains a wide range of plants, shrubs and herbaceous, as it hosts various habitats, ranging from the salty desert to the wooded area, that is located near the Boteti river.

In the Western part of the Makgadikgadi Pans National Park, far from the salty surfaces, we find ourselves in front of a very different landscape from the rest of the park: swaying prairies and the fossil dunes covered with vegetation of the Njuca Hills; here are acacia bushes and along the banks of the Boteti river there is a river forest.

The Boteti river, especially during the dry season, has several sandbanks, beyond which there are several plants including the camelthorn acacia, the blackthorn acacia and the silver clusterleaf that dominate the forest located on its banks; here are also some sycamore figs and some African Kigelia, the latter are also known as sausage trees, due to their large sausage-shaped fruits.

From the beginning of the ‘90s until 2009 the Boteti river was almost completely dry, there were only a few pools, otherwise the bed was a stretch of sand; since 2009, however, the river has returned to be perennial and therefore the vegetation in its vicinity has benefited from it, growing more luxuriant.

Usually the river flows for a period ranging from 20 to 40 years, after which it dries up and remains dry for a similar period; therefore, it is not known when, but it is probable that it returns to be a seasonal or dry river.

The Eastern part of the park, especially towards the South, is dominated by the salt expanse and the vegetation is the same that is found in most of the Makgadikgadi Pans complex.

The summer rains usually revitalize the vegetation and the grass becomes green, some plants bloom and the park is completely transformed; while during the winter months it is possible to see an expanse of golden grass on an immense dusty expanse.

Where there is the crust of salt of the Pan does not grow any kind of plant or herbaceous or shrub, because nothing can tolerate such a high concentration of salty minerals, associated with the force of the wind that often blows, raising the dust.

Where there is a lower presence of salt instead grows a turf, consisting primarily of some species of Digitarias, that, during the dry season, turn yellow, while during the rainy season become green and lush and attract the herds of zebras and wildebeests.

On the edge of the salty pan there are some spots of Odyssea paucinervis, a yellowish and thorny grass, that can tolerate the high salinity and therefore is able to thrive on this difficult terrain; here are also some bushes of a succulent plant belonging to the family of the Chenopodiaceae, it is a halophyte plant, that is able to grow in difficult environments such as deserts, dry steppes and soils with a high presence of salt.

On the edge of the pan also grows a plant that looks like a cactus, at the top of which are large garnet flowers, it is the Hoodia lugardii; impossible not to see it because, in addition to being higher than the surrounding vegetation, it has a color that definitely attracts attention.

The open grasslands are dotted with wooded islands with dense vegetation, in particular here you can find the Catophractas alexandri and the Rhigozum brevispinosum, that bloom among the acacia bushes.

All these different environments offer shelter and food to different animals and, the alternation of the seasons, radically changing the appearance of some areas of the Makgadikgadi Pans National Park, is responsible for the migration of zebras and wildebeests, that are constantly looking for pastures. 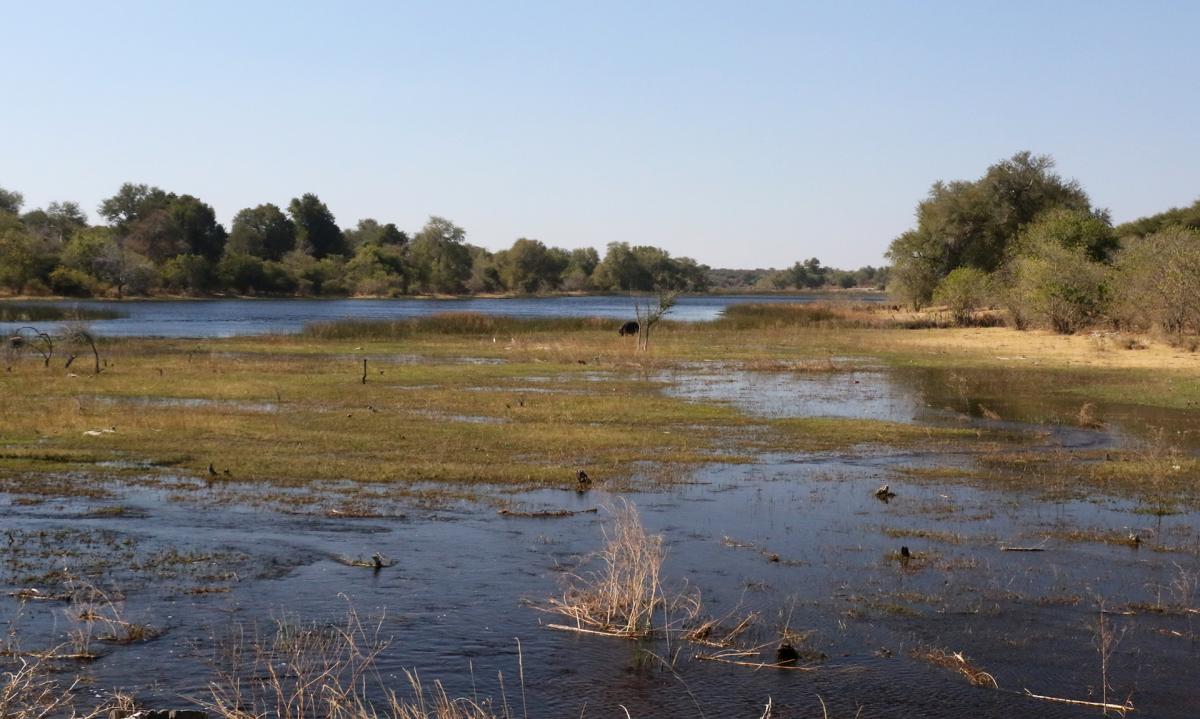 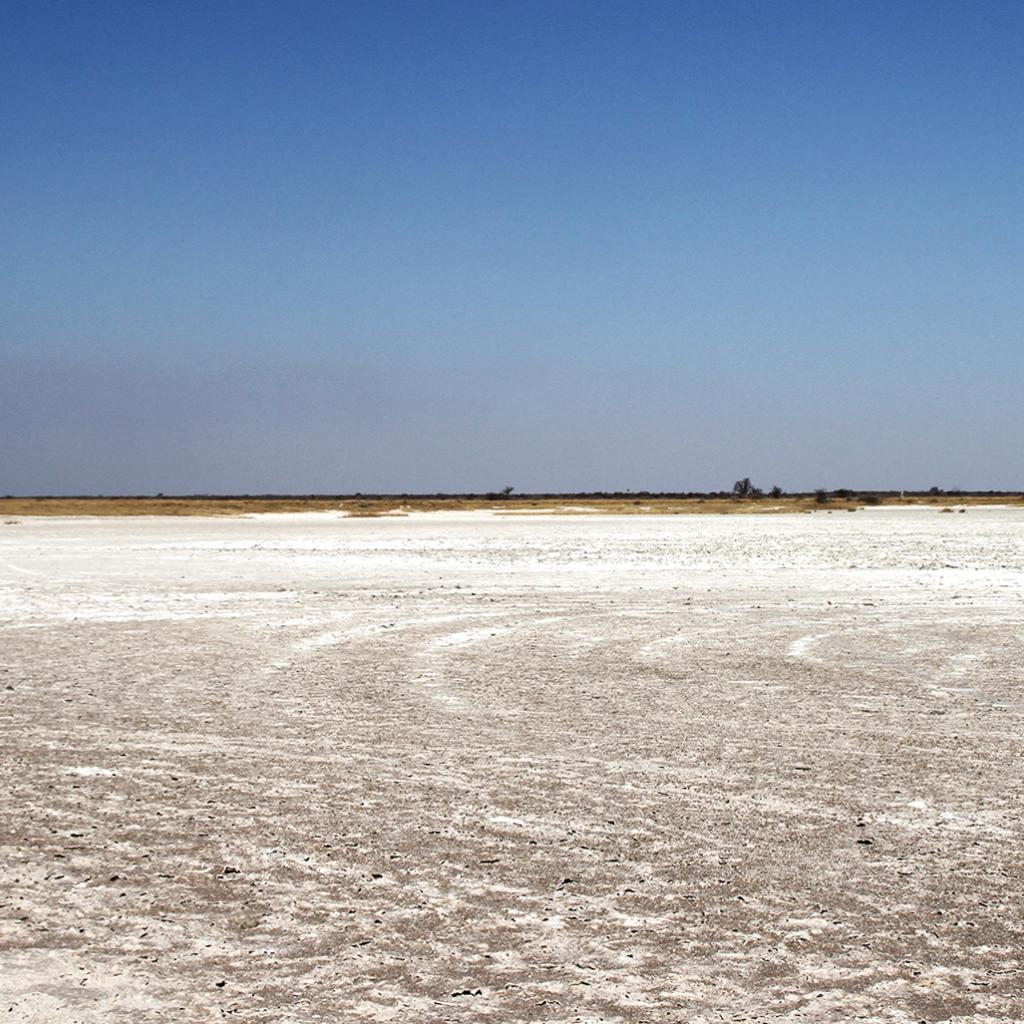 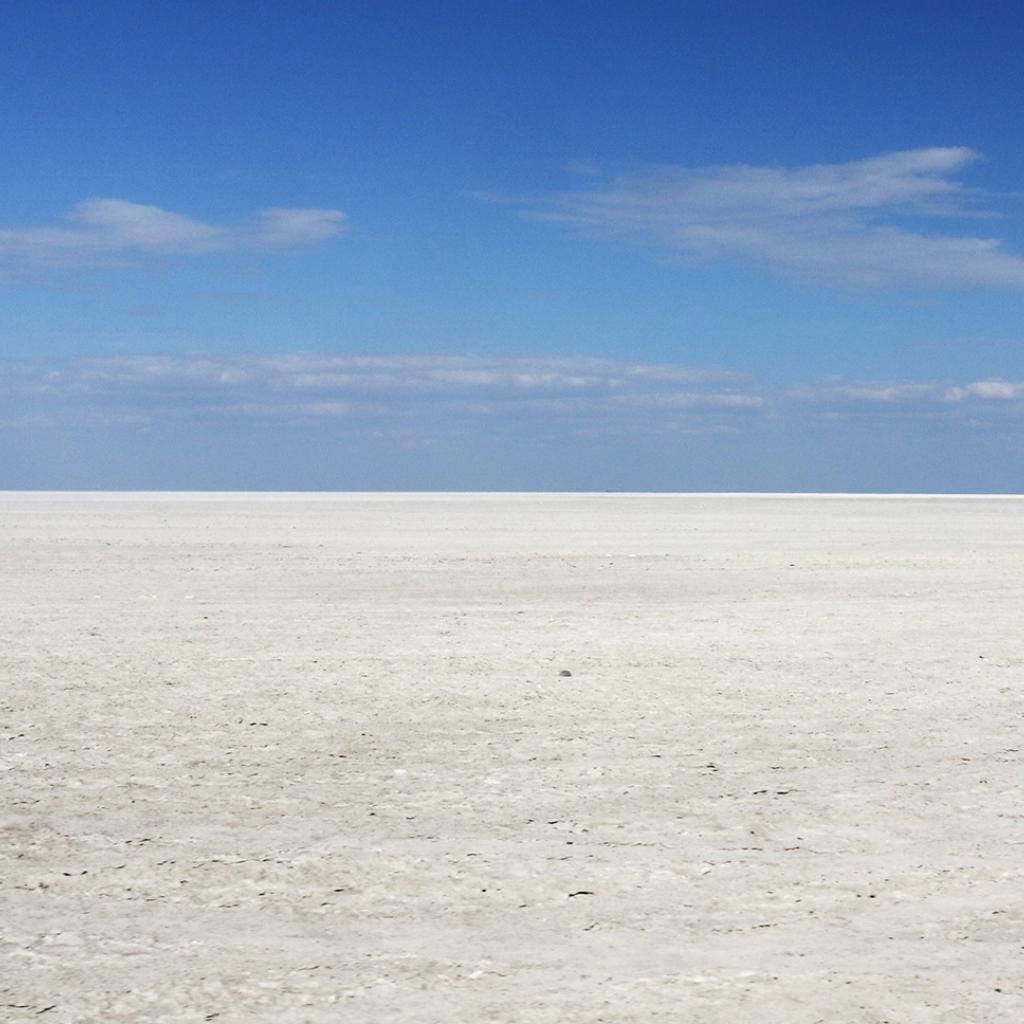 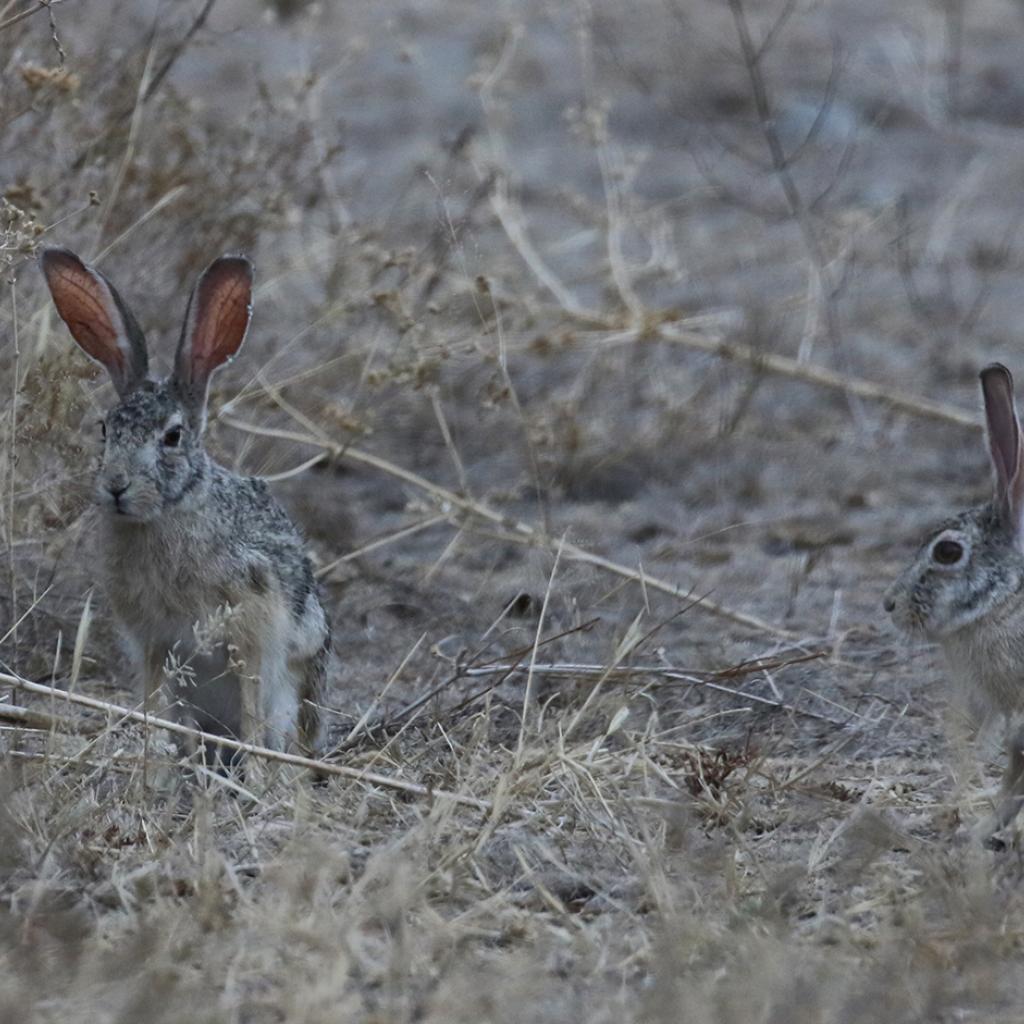 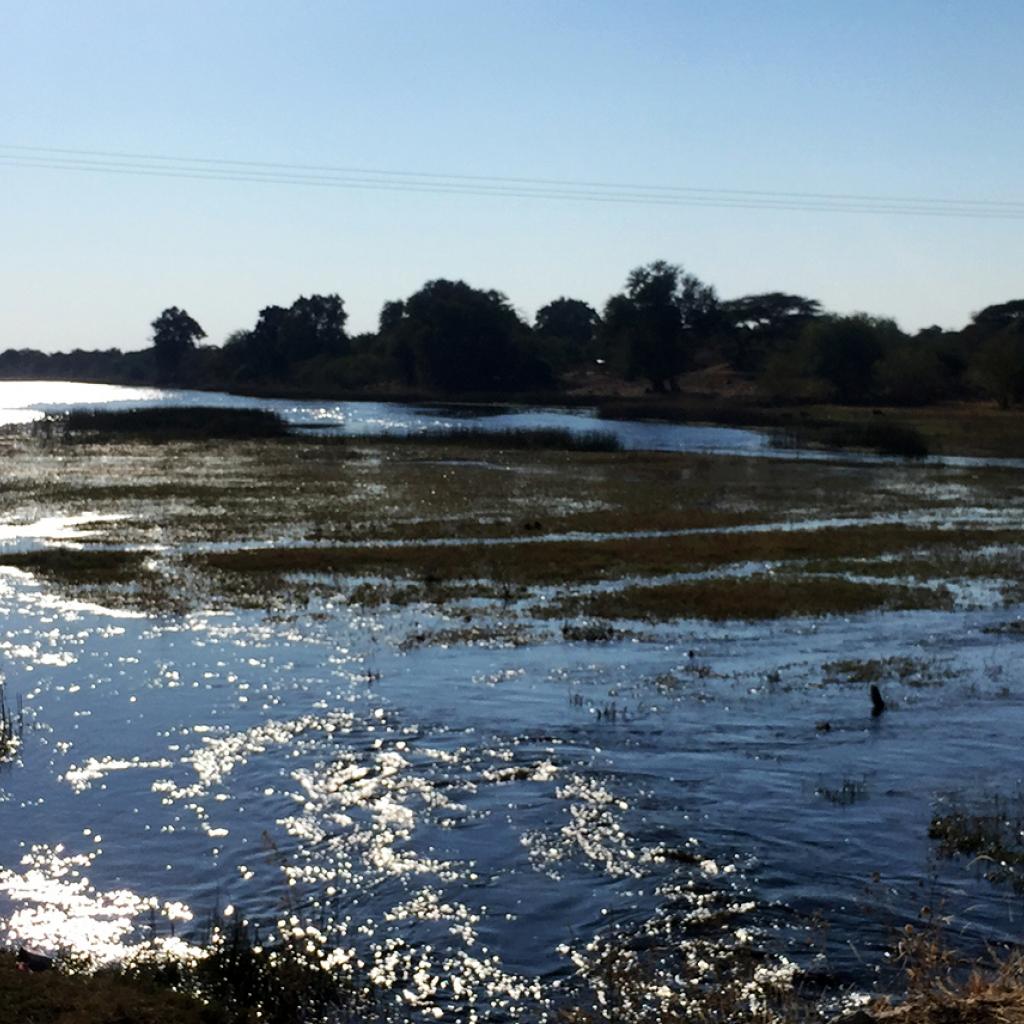 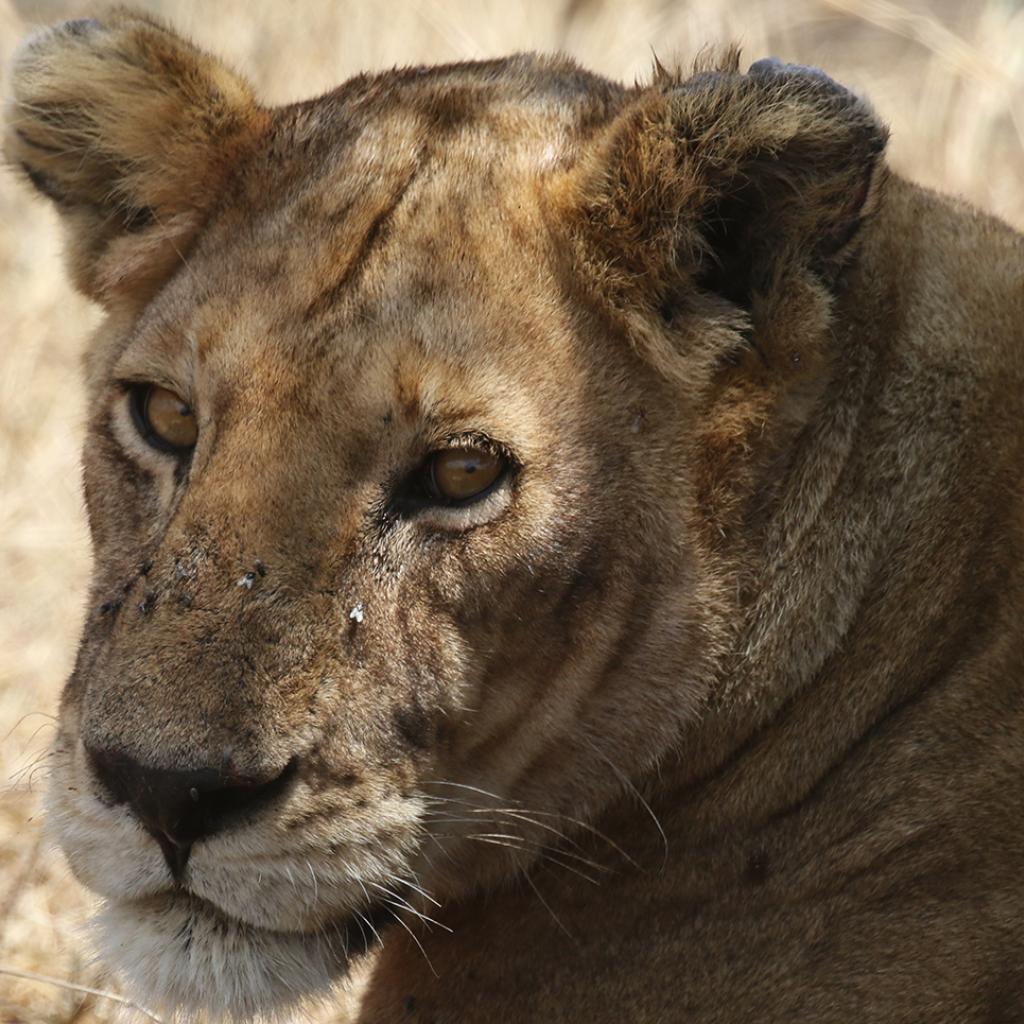 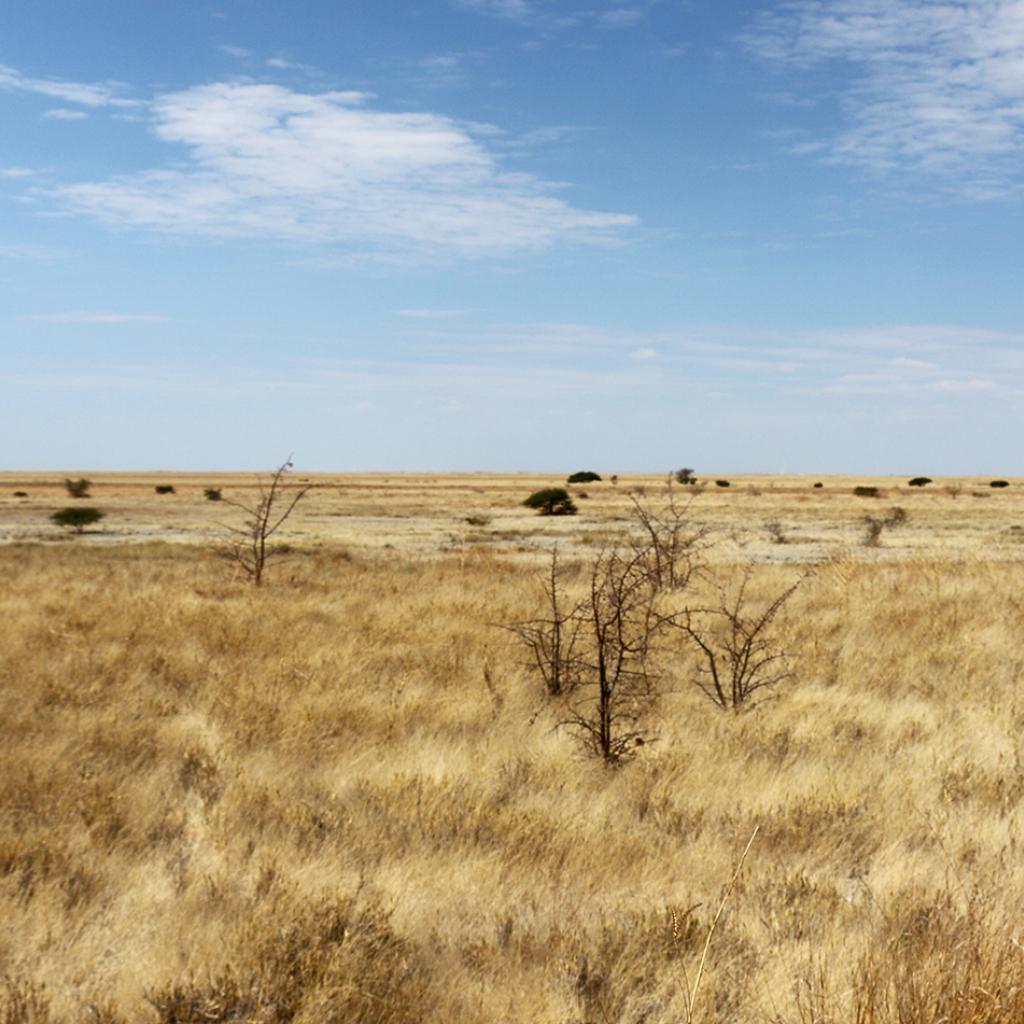