For the Hambukushu there is a single supreme being, a God Creator, called Nyembe, a god who punishes the wicked and blesses the good.

The god Nyembe, after creating men and animals, made them descend on the earth using a rope, dropping them down to the hills of Tsodilo, precisely on the top of the hill; the Hambukushu claim that the signs imprinted on the rock are the imprints of the first men and animals.

The Hambukushu believe in the existence of the spirits of the ancestors and, in order to procure their favors, perform several ritual sacrifices.

The beliefs about death and life after death are centered on the conviction that a person is not dead even if the body lies inert, the spirit in fact leaves the body and the real world and rises to a spiritual world.

Good people will see their spirit ascend to heaven and live alongside the god-creator Nyembi, while evil spirits will reach the wicked Shadapinyi, the messenger of death, where they will work hard by eating bad food and drinking nasty beer.

Both good spirits and evil spirits can come into contact with their families, so rites to propitiate their favors are needed.

The Hambukushu traditionally are very related to water, so to be considered the "rain men" by other populations living nearby.

There is a Hambukushu legend linked to watercourses, that tells of a monstrous creature who lives in the Okavango River, a huge snake monster called Dikongoro.

Dikongoro is the spirit of a great dead leader, whose soul left the body to flee into the river and here turned into the serpent monster.

Even today, when a village leader dies, burial must take place along the banks of the river, if the burial place was far from a stream, the Dikongoro monster would kill the whole family.

Dikongoro lives in rivers where the water is dark, deep and does not flow, it looks like a huge python but has spiral horns like a kudu, if a canoe is caught by this monster, fishermen have to pay a tribute to Dikongoro, dropping a silver or gold object or some drops of blood into the water.

But Dikongoro is not just a wicked one, it protects natural resources and water, cares for grass growth and, early in the morning, deposits some fishes on the banks of the river to help the population.

When the Hambukushu descend to the river to collect water they do so with great respect, thanking Dikongoro for its protection.

The monster is the representation of the challenges the Hambukushu have to face daily, in the waters where they fish there are numerous hippos that can override the mokoro and invisible crocodiles ready to attack.

Another mythological creature is Mbava, a big bird like a cormorant, the extension of its wings goes from side to side of the river.

Meeting Mbava is a sign of misfortune, the river is colored in red and once back home one of the family members will die. 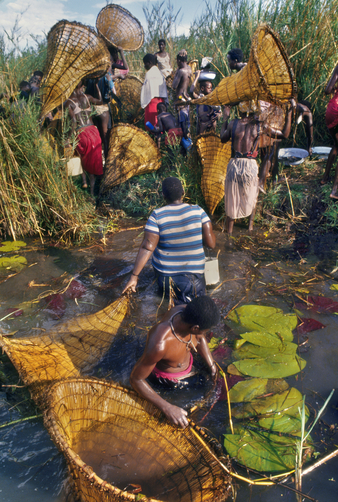 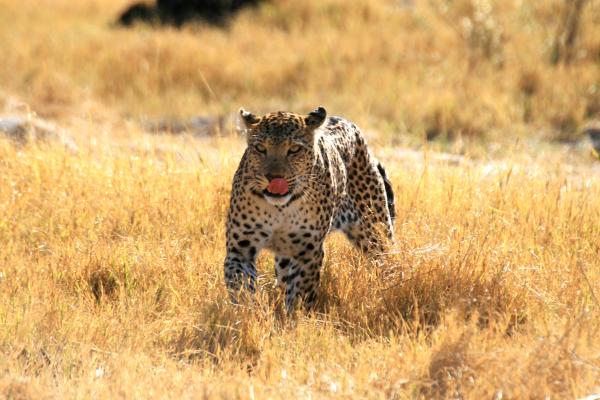