Xigera is located in the center of the Okavango Delta, near the Western border of the Moremi Reserve.

The Xigera Camp was built by Hennie and Angela Rawlinson, two very well-known Maun inhabitants, in the place Hennie used to call the "Paradise Island".

In 1992 the boundaries of the Moremi Reserve were extended West and North, including the area of ​​Xigera and Mombo; this measure was taken to protect a larger area of ​​the Okavango Delta, that also included other habitats previously excluded, such as the Northern papyrus swamps or the wetlands.

In 1998 the Rawlinson renewed the concession for another 15 years and shortly thereafter the camp was demolished to be reconstructed not far away; now the whole area is owned by the Wilderness Safaris.

The area around Xigera offers one of the most beautiful and exciting experiences on the water with seemingly endless papyrus swamps, you only see a few islets here and there.

Xigera is close to the Jao River that flows into the Boro and is one of the main canals of the Okavango Delta.

Here are many species of aquatic plants, in particular papyrus or Cyperus papyrus, that are very present; in the lower waters there are also many common reeds or Phragmites australis and Miscanthus junceus (miscanthus grass).

On the banks of some canals or on the edge of some lagoons there are small water fern bushes or Thelypteris interrupta.

On the islands there is the same vegetation of the larger islands in the Okavango Delta, in particular a good number of Gymnosporia senegalensis, that in English are called "confetti tree " because of their small and fragrant flowers blooming between May and June.

In this area, off-road safaris re not bad, there is a bridge that crosses the canal and leads to an island; there are several animals here, especially in the night, among which the spotted hyenas are seen regularly, lions are often seen, there are also leopards, albeit less frequently.

During the day, however, baboons and vervet monkeys are regularly observed; in the alluvial plain you often see red lechwe, elephants, impalas and tsessebes.

Xigera is the Okavango Delta region with the highest concentration of sitatungas, although there are many, they are difficult to be spotted because they are very fearful and you cannot approach them by car, only with a safari by mokoro you may have the chance to see them without letting them escape.

There are several species of fish in the clear water of the canals as well as the funny spotted-necked otters.

In the large thickets of papyrus, in the marshes and on some islands, several species of water birds, in particular the African skimmer, floating in water, can be seen, diving the lower part of the beak as if to scan the water in search for fish, a unique fishing technique; usually the skimmers arrive in the lagoon of Xigera in October and November.

In addition, there are several species of kingfishers, herons, egrets and other aquatic species such as the American or purple gallinule, the lesser jacana, the common moorhen, the lesser Moorhen, the green-backed or striated heron, the bittern and the little bittern.

Other birds that are regularly sighted and that may be of interest to birdwatching enthusiasts are: the cisticola chirping, the tawny-flanked prinia, and the swift palms.

Xigera is an area that can be visited all year long, as activities are mainly focused on bird observation; the main activities are the mokoro tours and the boat excursions.

There is an area where you can take off-road safaris during the months of May to October, that is, during the flood of the Okavango Delta, you reach this area by taking a short boat ride and then head for the safari; while from November to May, when the water level is low, you drive directly from the lodge, during this period the boats are moored not far from the lodge, since there is little water in the canals, and they can only be reached by mokoro.

Night Safaris and Walking Safaris are not allowed and not even off track as the area is part of the Moremi Reserve; only short walks are permitted but guides cannot be armed.

The only way to get here is to take a flight, virtually there are no roads or tracks leading here. 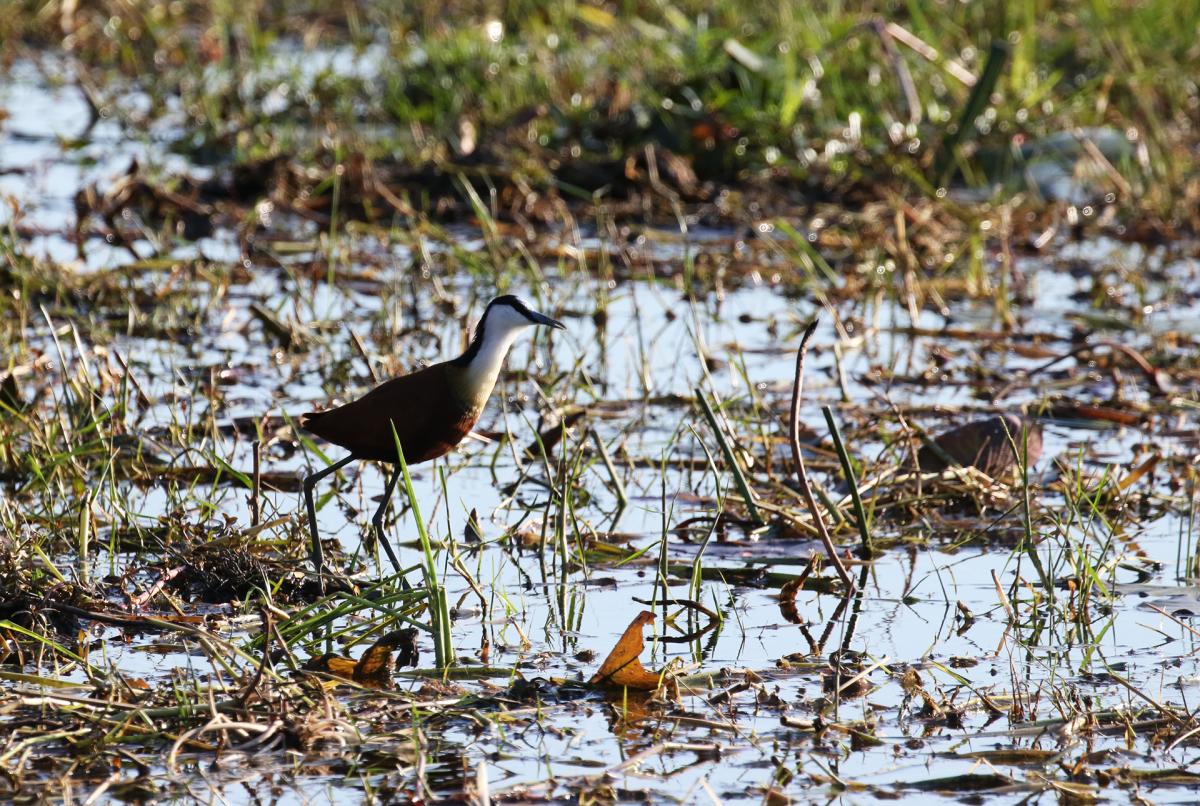