A new sanctuary for elephant and rhino thanks to Angiolina Jolie 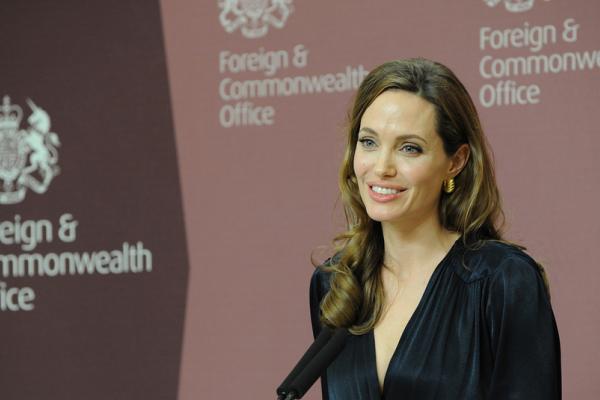 Angelina Jolie and her children recently attended the especially meaningful opening of the Shiloh Wildlife Sanctuary in Namibia; a special refuge for rhinos and elephants recovering from poaching attempts.

The sanctuary was named after 11-year-old Shiloh Jolie-Pitt

The main aim of the Shiloh Wildlife Sanctuary is to assist and care for any rhinos or elephants that have been injured or orphaned in a poaching incident.

The Sanctuary is one of many projects at N/a’an ku sê funded by the Jolie-Pitt Foundation.

An update on our car's work 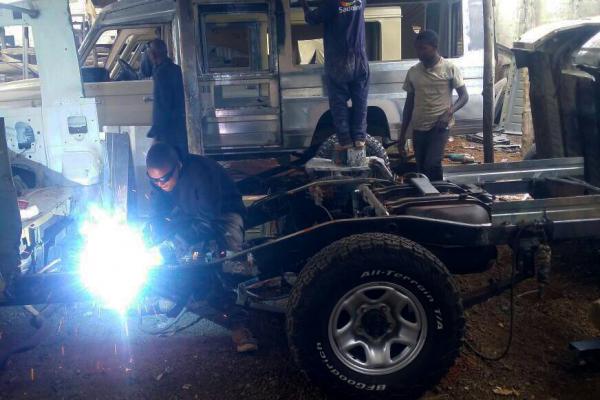 Work at the Arusha workshop does not stop, indeed, they proceed at an incredible pace!

The mechanics, after removing the pick-up box, cut the chassis in two parts, a little bitter and apprehensive in seeing the cut car in two, but they assure us that this operation has already been done many times And now they make it with eyes closed.

The chassis has been cut to extend it and can thus "accommodate" a longer and comfortable cabin for our future guests. 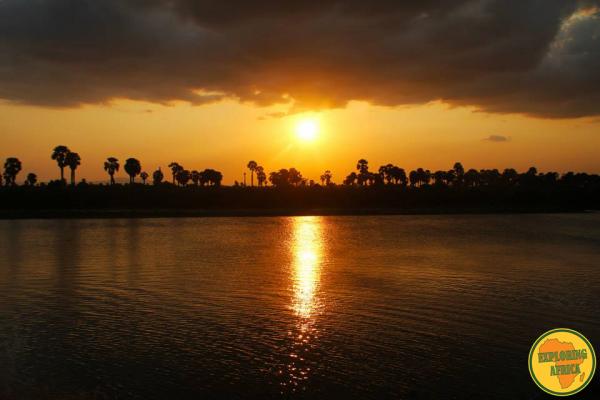 Since a few days, Exploring Africa handles an address book on an important Italian site: NanoPress.it, an online information magazine.

Our address book is called "Exploring Africa" ​​and tells curiosity, useful news, tips, anecdotes and travels on the world's most beautiful continent. 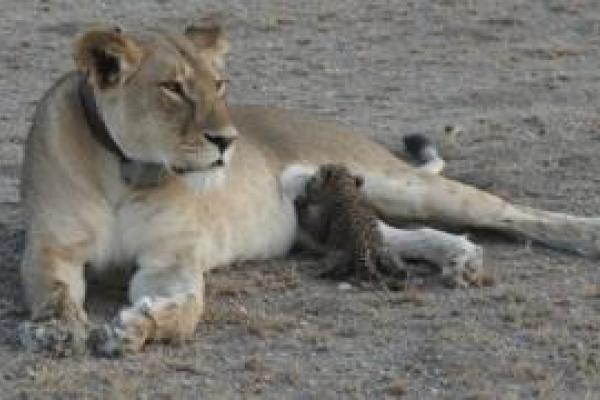 These beautiful picture, take in Serengeti, is the first ever taken of a wild lioness nursing a cub from a different species, an extremely rare event.

"It's not something that I'm aware has ever happened before between large cats like this," he said.

"We know there are cases where lionesses will adopt other lion cubs... But this is unprecedented.

Works on our car have begun! 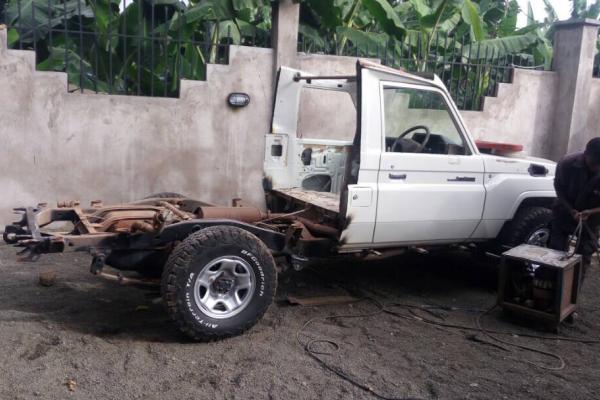 For some days our mechanic has started working on our car; The pick-up caisson will soon become a cozy cabin with comfortable armchairs, sockets to charge batteries and phones, objects holders, large windows to look at nature and of course the sunroof from where to go out to better see and photograph animals.

The first thing to do is remove the pick-up back caisson and stretch the car's floor by about one and a half meter. 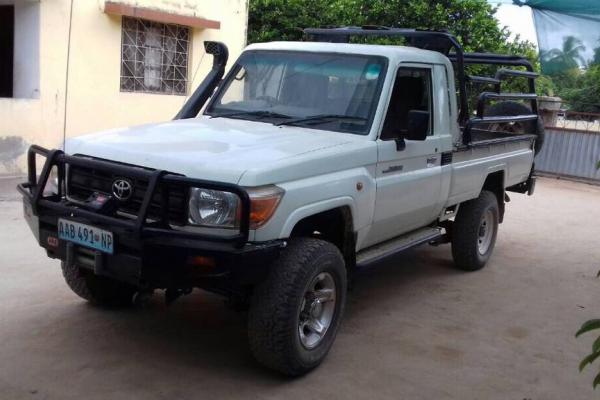 We are really excited, we just bought our first car to be used to take our guests around for safaris in Tanzania.

To tell the truth we bought a pick-up, that, to be transformed in a car good for safaris, needs to be tuned, but it is a good starting point.

The pick-up is a Toyota Land Cruiser, like most of the cars used for safaris in Africa; it is basically new and it has a been a real bargain, thanks to our good Tanzanian friend who has been monitoring the situation for us during the last several months. 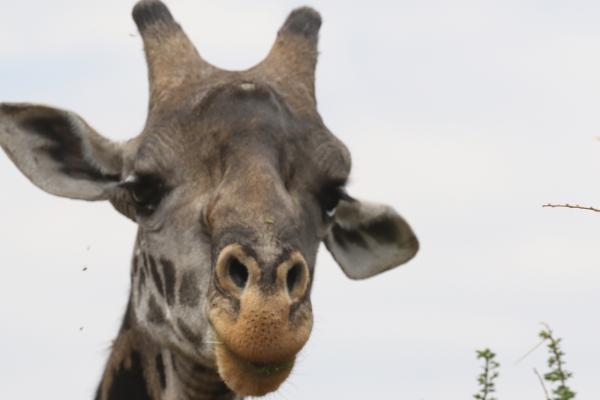 The Giraffe Conservation Foundation is excited to announce that World Giraffe Day, 21 June 2017 is dedicated to saving Masai giraffe in Kenya and Tanzania.

Giraffe have recently been listed as Vulnerable to extinction on the IUCN Red List of Threatened Species. Giraffe numbers in Africa have plummeted by a staggering 40% over the last 30 years. We estimate today that there are only less than 100,000 giraffe remaining in all of Africa. 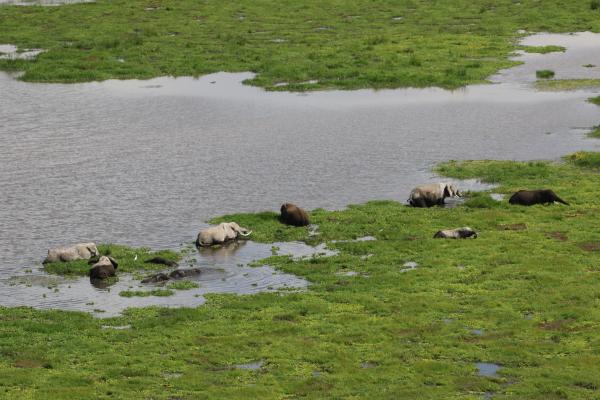 Today, June 5th, is the World Environment Day, and in 2017 ONU has chosen “re-connect with nature” as theme, encouraging people to build a conscious and healthy relationship with the environment around us.
This them want we become aware about resources’ wastefullness.
Aroung the world there are tons of initiatives with the objective to let discover nature and protect it; e.g. guided tour or cleaning beaches to remove waste and harmful things for the environment.
Read more 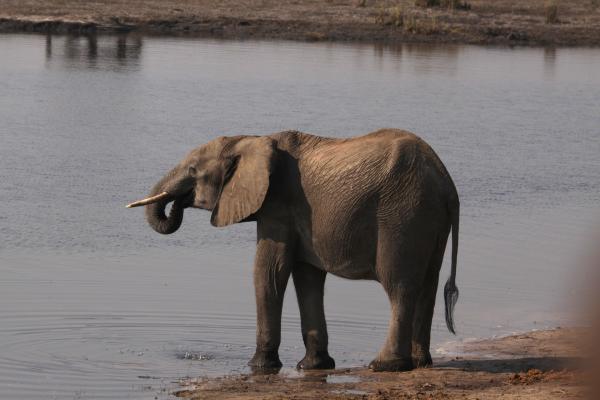 Good news coming from China!
Since the Chinese government shut down the factories carving ivory in March 2017 and with the closure of all ivory items outlets expected by the end of 2017, the ivory price, as raw material, further lowered reaching the historical minimum.
Over the past three years, the price has fallen down by two-thirds, according to the Save the Elephants analysis, and this is due to a general fall in demand.
Read more

Welcome to our blog! 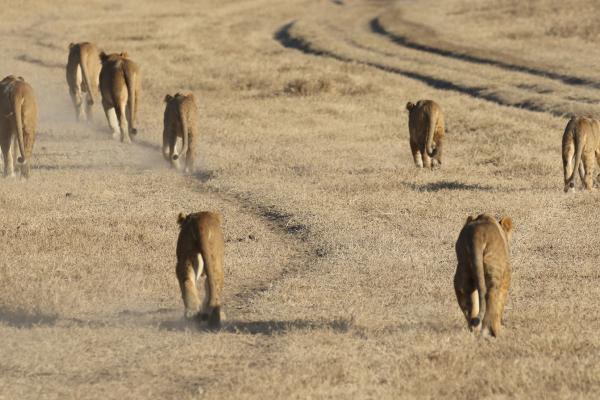 Here you will find updates on our initiatives, our travels, our safaris, as well as articles on conservation, events, festivals and some current news as well as thousands of curiosities on our beloved African continent.
By following our blog you can always be informed about our travel offers and you can follow us during our expeditions looking for and exploring remote places and corners of our beloved Africa.
Follow us, and if you like, send us your suggestions, they are very appreciated.
Read more