YLANG YLANG. The sensuality of an exotic flower

In the Mozambique Channel, among the archipelago of the Mitzio islands, Nosy Be is surely the best known of the Madagascar islands.

A little less when it is called with the name of Nosy Manitra, or "Island of Perfumes": there are in fact crops of Ylang Ylang, but also coffee, vanilla (of which Madagascar is the world's first producer) cocoa, cinnamon, pepper, frangipane and other typical plants. Surely among the most inebriating fragrances, a place of honor belongs to the Ylang Ylang plant.

Also called "the flower of all flowers, the Ylang Ylang (Cananga Odorata) is one of the most used components in the formulation of many famous fragrances.

The name of the shrub seems to have doubtful meaning, it is thought that it can derive from two distinct words in tagalor, ilang, a lost and wild region, and ilang ilan, uncommon and rare. However precious, the flowers, collected early in the morning, are distilled in water with a particular procedure, blocking and making distillation resume so as to obtain four distinct fractions and therefore four essential oils with a different aroma. The first fraction, called "ylang-ylang extra" produces a sweet, soft and slightly spicy essence with a floral-balsamic character. The second, the oil of "ylang-ylang I" and the third fraction, called "ylang-ylang II" are mainly used for the production of a fifth essential oil called "complete ylang-ylang", that has olfactory characteristics of all the oils.

The essence of Ylang Ylang is as sweet as a few, soft, sensual, deeply feminine: it stimulates the brain to produce endorphins with a pain-relieving effect. In aromatherapy it is used for relaxing massages because it melts physical and mental tensions, relaxes and soothes.

According to a legend, the birth of the plant dates back to the story of two peasants who, unable to have children, turned to a shaman - who succeeded, thanks to supernatural mediation, to have the gods granted, on one condition: the child that would be born should not have been touched by any lover. The girl who was born became so beautiful that one day a young man, seeing her walking in a garden, fell madly in love with her. But when he handed her a bouquet of flowers, he accidentally touched her hand ... And so it was that the beautiful girl turned into a beautiful tree with fragrant flowers.

Perhaps for this reason too, the essence of Ylang Ylang is, since 1921, the main component of the sensual perfume par excellence: Chanel n.5.

If you want to visit Madagascar and enjoy its perfumes, contact us here. 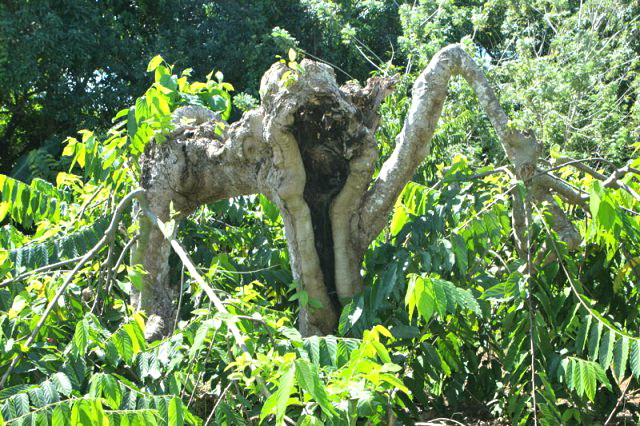