This morning we get up a bit quieter at 6.30 and prepare for our breakfast outdoors, certainly not hot, but the sun has already risen and even psychologically it seems less cold.

We set up the car and leave, we are leaving the Etosha National Park today and heading West to reach the Atlantic Ocean and the notorious Skeleton Coast; here in the past, but even nowadays, many vessels and fishing boats are wrecked due to the strong marine currents.

We drive along the C38 road leading us to Otijo, here, after getting fuel, we turn to the West, taking the C39; this road is paved to the town of Khorixas, after that bye bye asphalt and welcome on the dirt roads of Namibia. 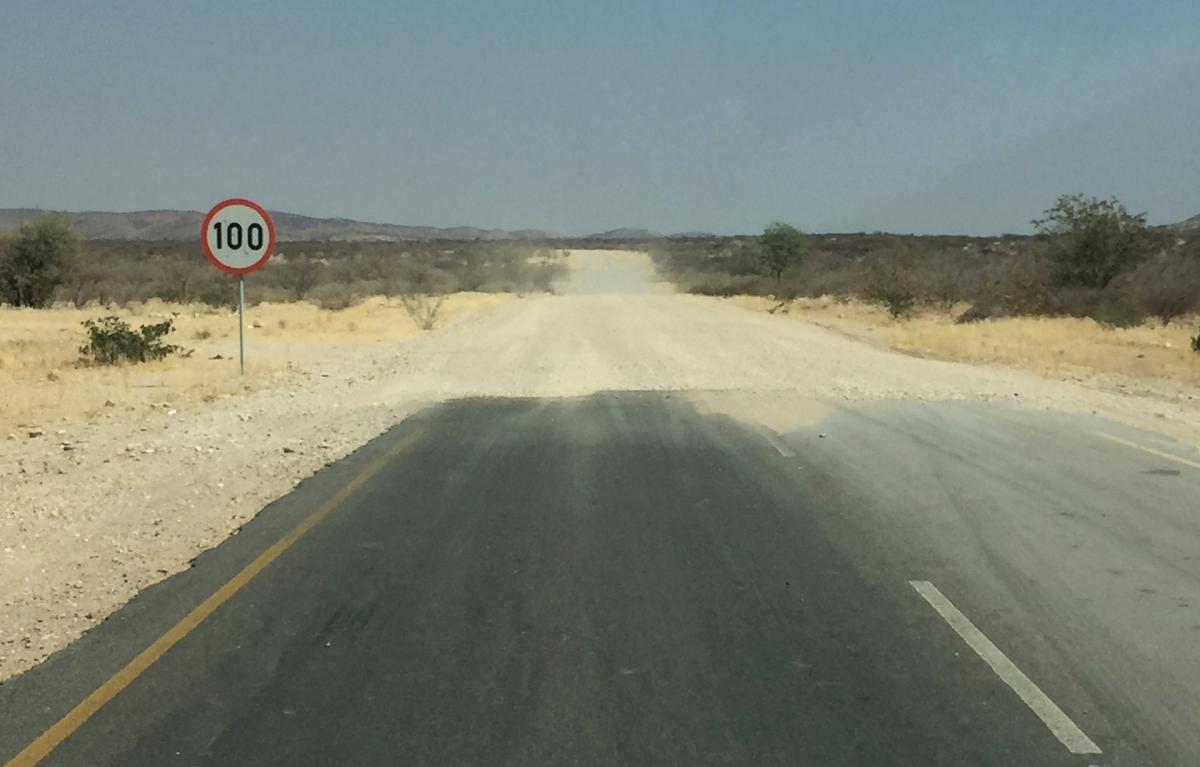 The road is very panoramic, passing through the Pietrified Forest, the Doro Nawas Conservancy, where the very rare elephants of the desert live; these elephants are not a species apart, but they are savannah elephants that have adapted to live in this very arid place, modifying some of their habits.

The road runs between hills and promontories, they are ancient mountains that have, in large part, crumbled over the millennia; in some places, they remind of the Monument Valley in the United States.

I must say that, unfortunately, the Namibian dirt roads have worsened, they have always been well kept and smooth, so that often it seemed to drive on the asphalt, while this road is corrugated and the car vibrates a lot. 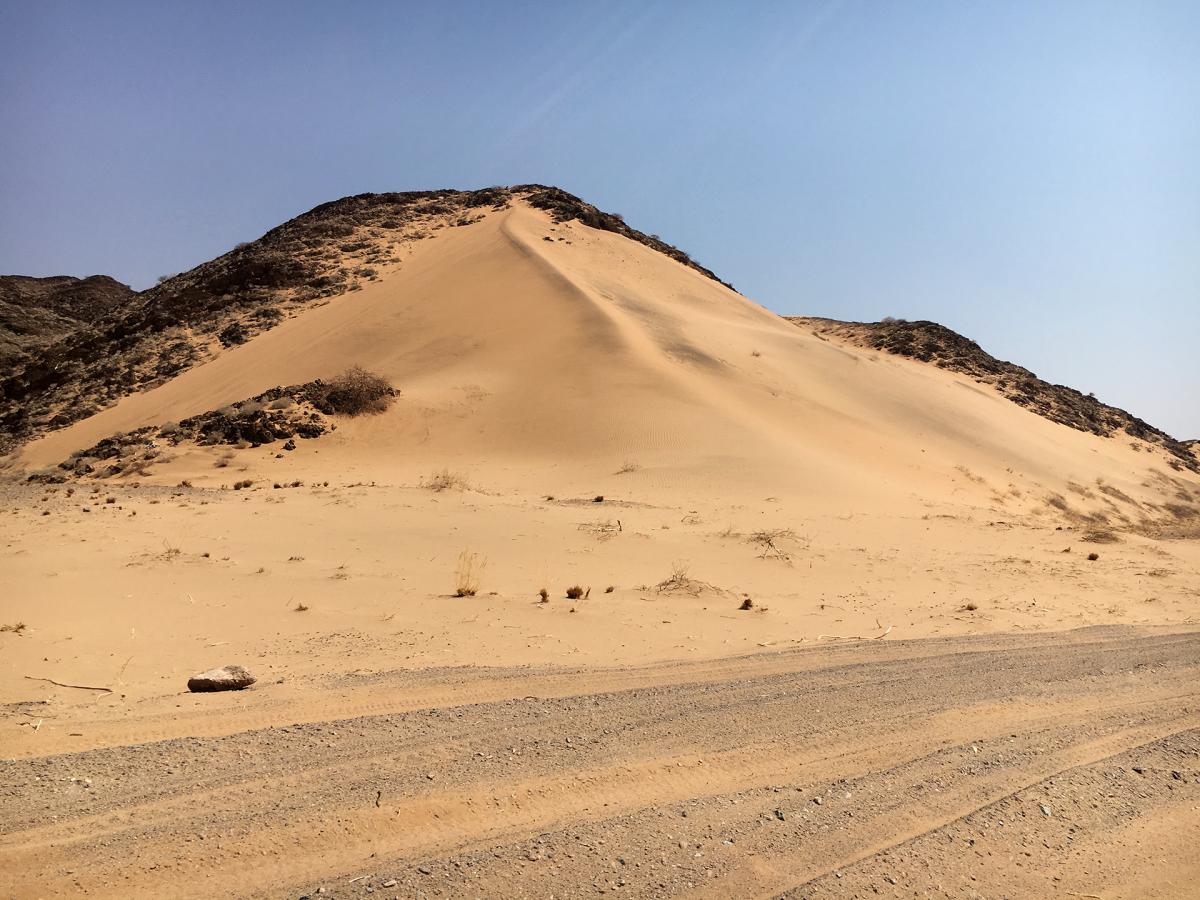 It's not the first time we pass by here, but in recent years it's got a lot worse, it's a shame because several tourists pass by here.

The landscape and colors of the earth change constantly, we go ahead taking lots of photographs, it's really spectacular, what a pity for the road that is so bad that we are struggling to keep the car in the roadway.

Finally we arrive at Bergsig, the C39 turns West and takes us to the Skeleton Coast; the road surface here is in better condition and we can proceed quicker, we are very happy because we had enough of that trembling.

After a few kilometers, we arrive at Springbokwasser, here is one of the gates to access the Skeleton Coast; we register, pay the permit to enter and then pass the gate: we are officially on the Skeleton Coast, the coastal desert that has always been the terror for those who venture here, both by land and by sea.

The road goes straight to the ocean for about 50km, on the horizon we already see the typical fog of the Namibia coast: the very cold Benguela sea current, in contrast to the highest temperature of the sun-heated air, makes that along the coast there are always fog or clouds.

The scenery is wonderful, on the sides of the road there are some hills eroded, over the millennia, by weather agents, some sandy dunes and, here and there, a bunch of vegetation that, despite everything, survives in this desolate place.

We arrive on the coast and in front of us the view of the Atlantic Ocean and its mighty waves that break with force on the beach opens up; the fog makes the atmosphere even smoother, it's an indescribable charm.

Here we take the C34 turning right in the direction to Terrace Bay.

The landscape changes constantly, sand dunes, rocks, some brackish lagoons, some vegetation spots; tomorrow when we are going along the coastal road we will stop photographing and look better, but we already like it so much.

After about thirty km. we finally arrive at Terrace Bay, this is the last place to be reached via land of the Skeleton Coast, to proceed further you have to take a flight, it is not allowed, in fact, to proceed by car.