The Tofinou are a population of West Africa who lives mainly in Benin but are present, in the small numbers, in Togo and Ghana; there are some variants of their name: Tofini, Tofinnu, Tofinus or Tofinou.

The Tofinou base their economy on fishing and are famous for having been able to devise a clever plan to escape the raids of Dahomey's armies in search of slaves.

The Tofinou originally lived in Benin, within the country, on the banks of a river and have always been skilled fishermen and, traditionally, have had a good relationship with water and its spirits.

The Tofinou exploited the fact that the Fon, the ethnicity of the kingdom of Dahomey, had no connection with water, and therefore bore the spirits of water, and also the fact that they did not know how to swim; they moved along the coast and built a village on stilts at the center of the Nokoué Lake, accessible only by water; in this ingenious way they managed to escape the raids of the Fon, who were always in search of new prisoners to be sold as slaves to Europeans.

Legend has it that the village was built thanks to the crocodiles that helped the Tofinou to carry the material to the center of the lake.

The village of Ganviè, in the North-Western region of Cotonou, is the main inhabited area of ​​the Tofinou ethnicity. It is a sloping village made of hard teak wood, this wood is very resistant and has the characteristic of not rotating despite being immersed in water; the roof of the houses is made up of a thick straw bush.

The life of the villagers takes place on the pirogues, on the pirogues the men fish, the women show the products to be sold to the market and the children play and go to school; there are no roads but only channels.

The Tofinou, thanks to the isolation they live in from the time of the slave trade and the reign of Dahomey, have practically maintained their traditions.

The Tofinou, also known as the "men of water", are still practicing fishing as their main activity; in addition to using nets that run from rowing boats and canoes, they use a system that involves the portioning of some areas, each fisherman creates a sort of "fishing area" and uses sticks and nets to catch fish.

The fishermen thus create a dense pattern of fences and shrubs, a kind of labyrinth within which the fish are trapped.

This method of fishing is made possible by the shallow depth of the lake, that is only in some places deep over a meter, this is also why they can push the pirogues using only long perches.

The Tofinou, like the majority of Benin's population, practice voodoo and every home is protected by fetishes.

From the coast it is possible, on board a boat, to reach Ganvié and take a tour of the canals to see how life slows down in the village; there is also a small guest house, a bar and a shop selling objects and souvenirs. 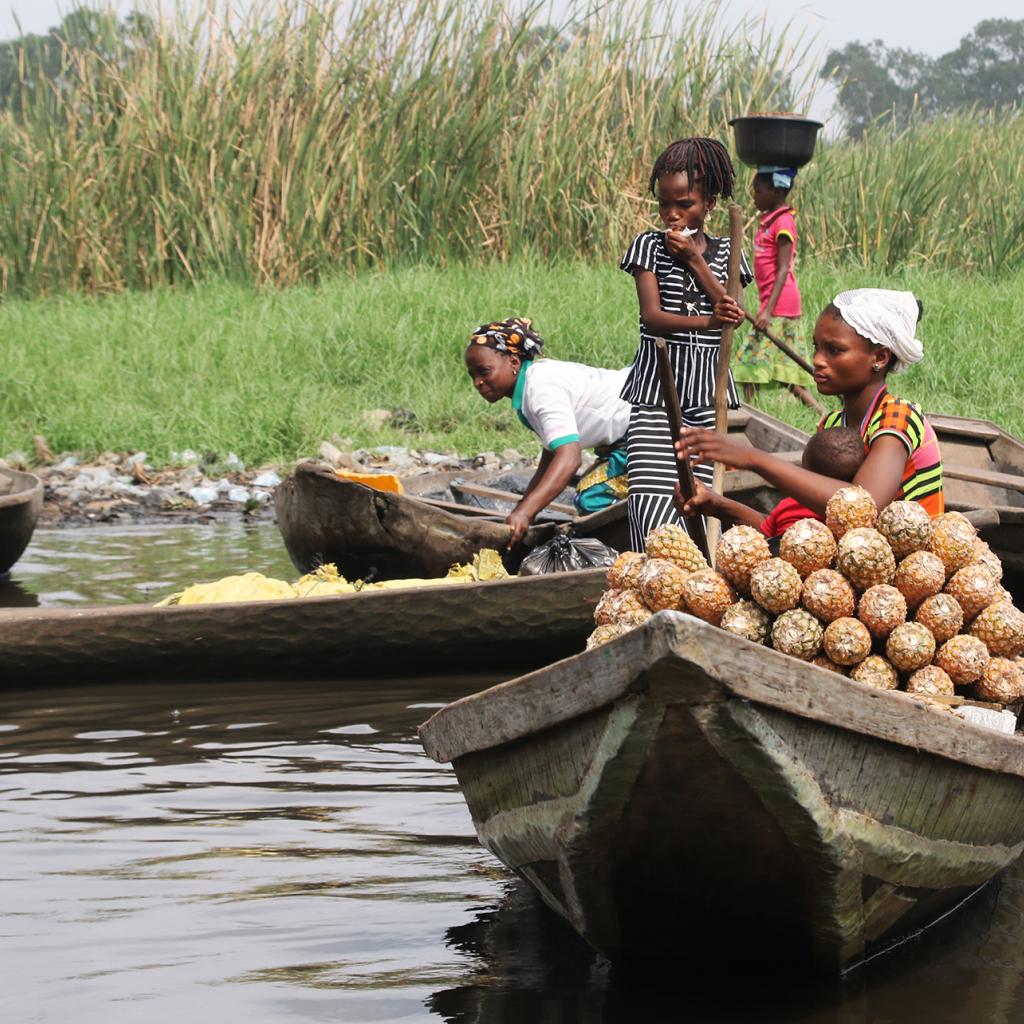 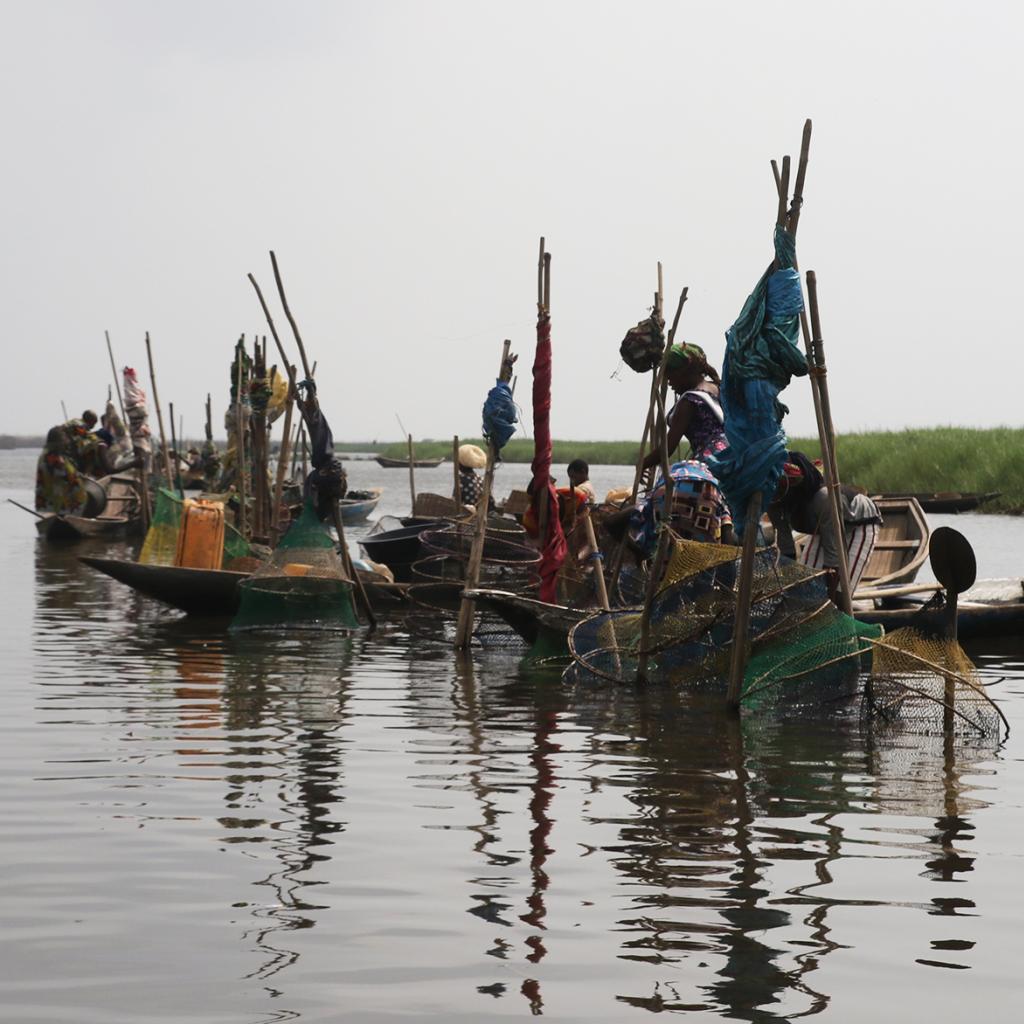 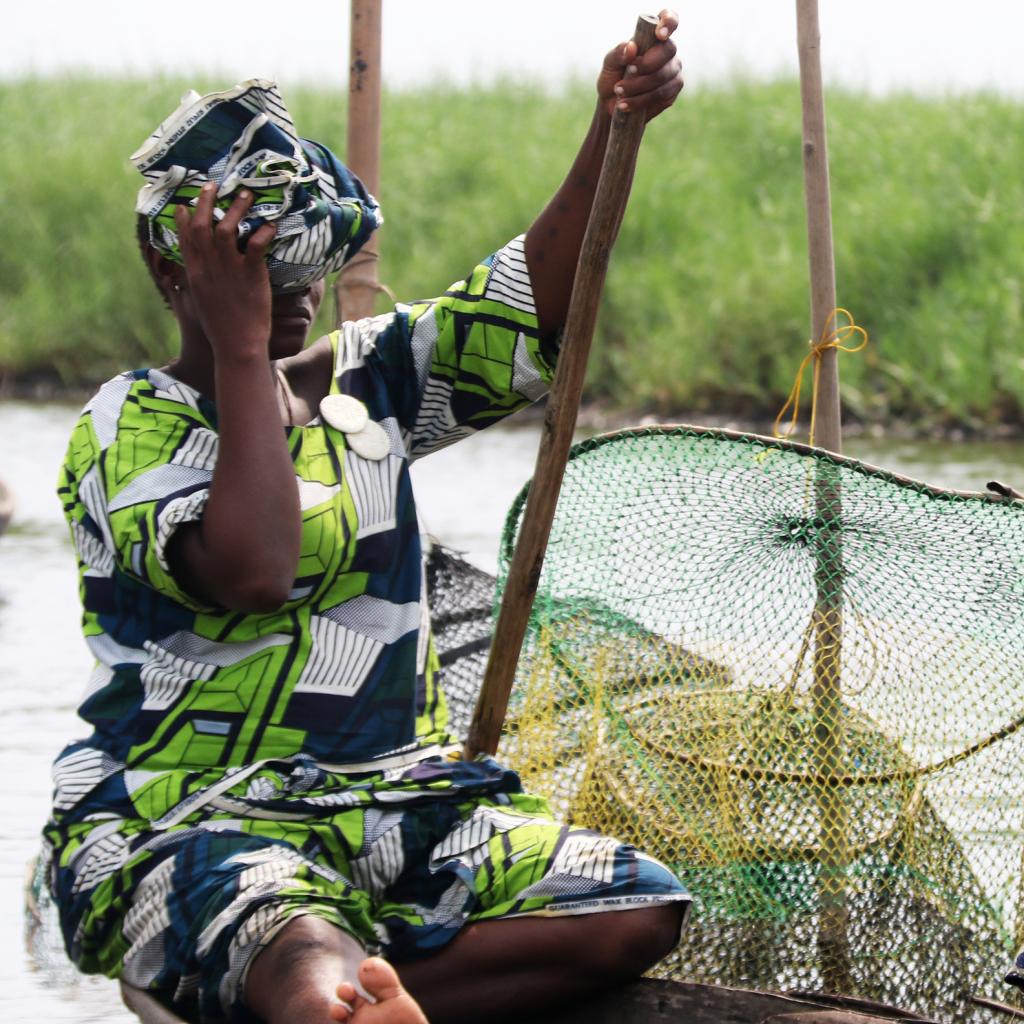 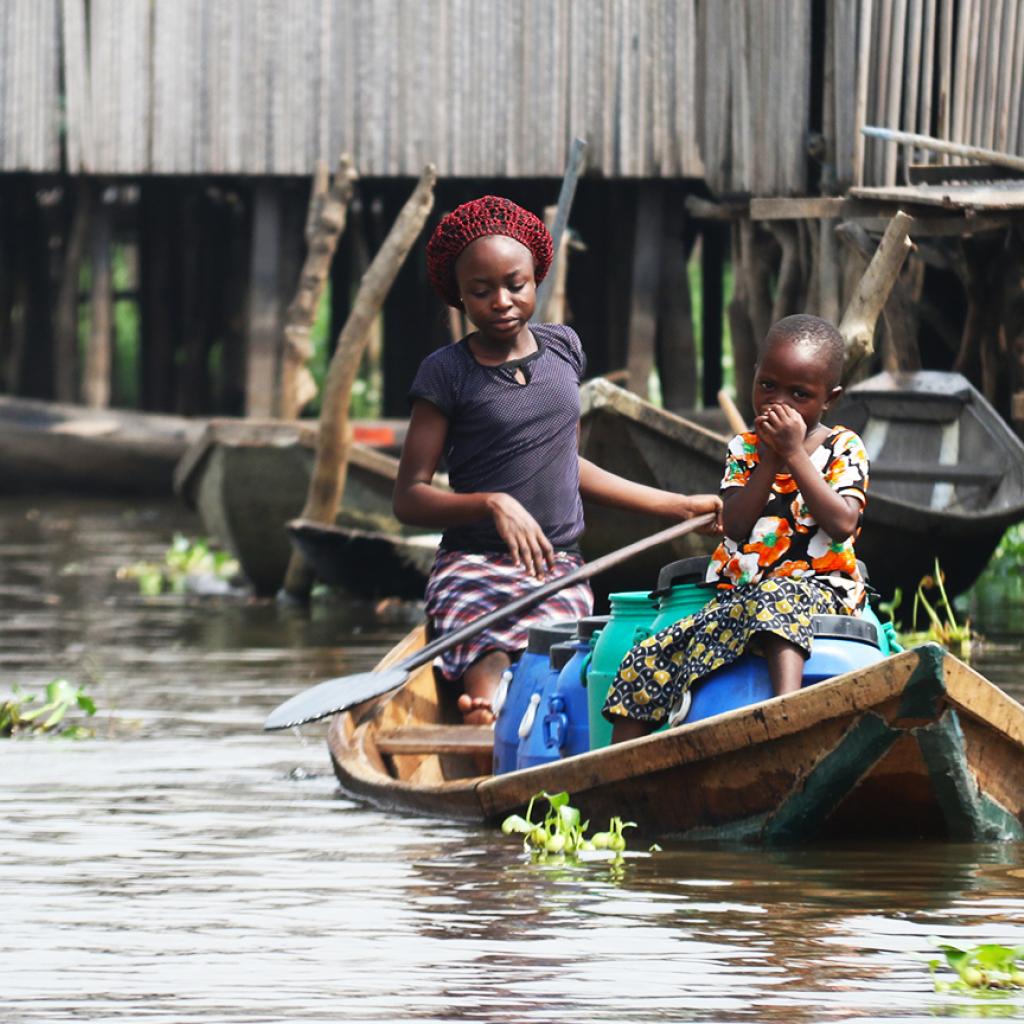