In the past centuries, voodoo was born in the region between Abomey and Ouidah in Benin; these rituals are still practiced today and nearly 80% of the nation's population professes this religion and Benin's feticheurs are very powerful and very respected.

In particular, Ouidah's feticheurs enjoy great reputation and the Temple of the Pythons, despite its small size, represents one of the most revered places and hosts a very powerful fetish.

Just from the temple of the Pythons, the celebrations of the Festival of the Voodoo take place every year on January 10: Dagbo Houno, Ouidah's highest feticheur, after having gone to the temple and paying homage to the fetish, starts the procession carried along the slave road and reaches the beach where the festival is celebrated.

Almost 10,000 people visit Ouidah every year to attend this festival, for Benin's voodoo adherents is an inevitable appointment, but there are also many natives living in the Americas, particularly in Brazil and Haiti, returning to their Ancestors’ land to relive cultural and traditional practices.

The annual festival takes place on the big beach on the Atlantic Ocean, where there is also the Door of No Return; right in this place ends the long procession of adepts, who come here with all means, walking, motoring, by taxi brousse and aboard luxurious SUV.

The delegations of the different voodoo "communities", a kind of "parishes", come to the beach and pay tribute to the "pope" of the voodoo and the most powerful wizards; the predominant color in clothing is white, but many people dress with shining clothes or wear traditional masks.

Each group plays, without sparing, ceremonial drums, people dance and sing traditional dances, while some adepts fall into trance, possessed by the invoked spirits.

It's a joyous party that involves all the participants, ceremonies and masks alternating on the central stage, interrupted only by the official speech of the head of the State; the most important moment is when the great feticheur recites a propitiatory prayer before sacrificing goats and chickens on the altar.

After the official festival on the beach ends, the party continues in the city, squares and courtyards, where ceremonies and rituals are held; there is also a fetish market where adepts go to buy the necessary to celebrate rituals.

The Egun masks, accompanied by percussionists, run around the streets of the city, with no predefined destination; these richly decorated masks completely conceal the face of the wearer and are made using very heavy fabrics, skins and draperies with glittering colors, to which many shells are applied with geometric motifs and finally sprinkled with palm oil.

These masks represent the spirits of the deceased and give rise to a curious ritual that consists in pursuing the participants, trying to hit them with a stick, who gets hit receives a kind of curse, especially the children engage in long chase with the masks.

The voodoo is a very complex religion, with different schools and with different rituals and celebrations, its roots deepen in superstition and tribal culture, but it has little or nothing to do with the voodoo we know from Hollywood films where it is identified with strange practices of witchcraft and black magic. 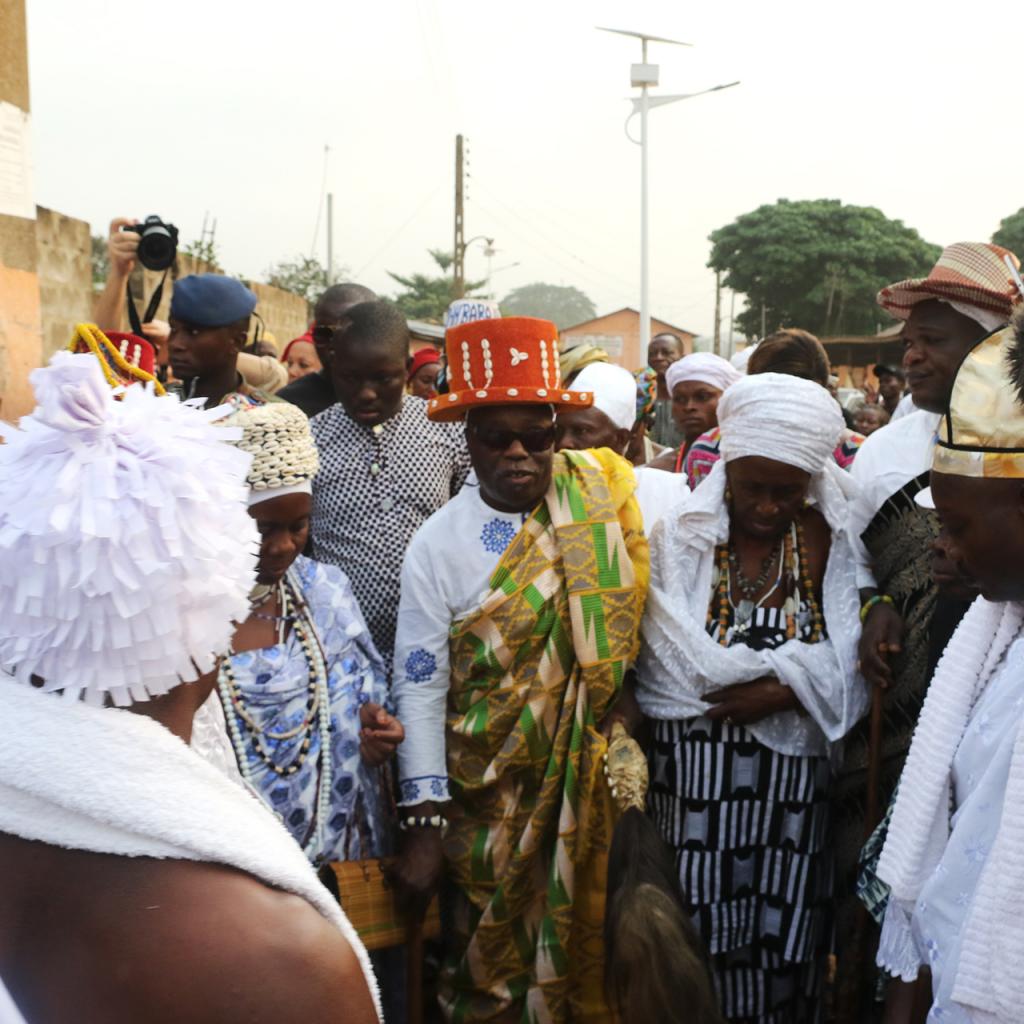 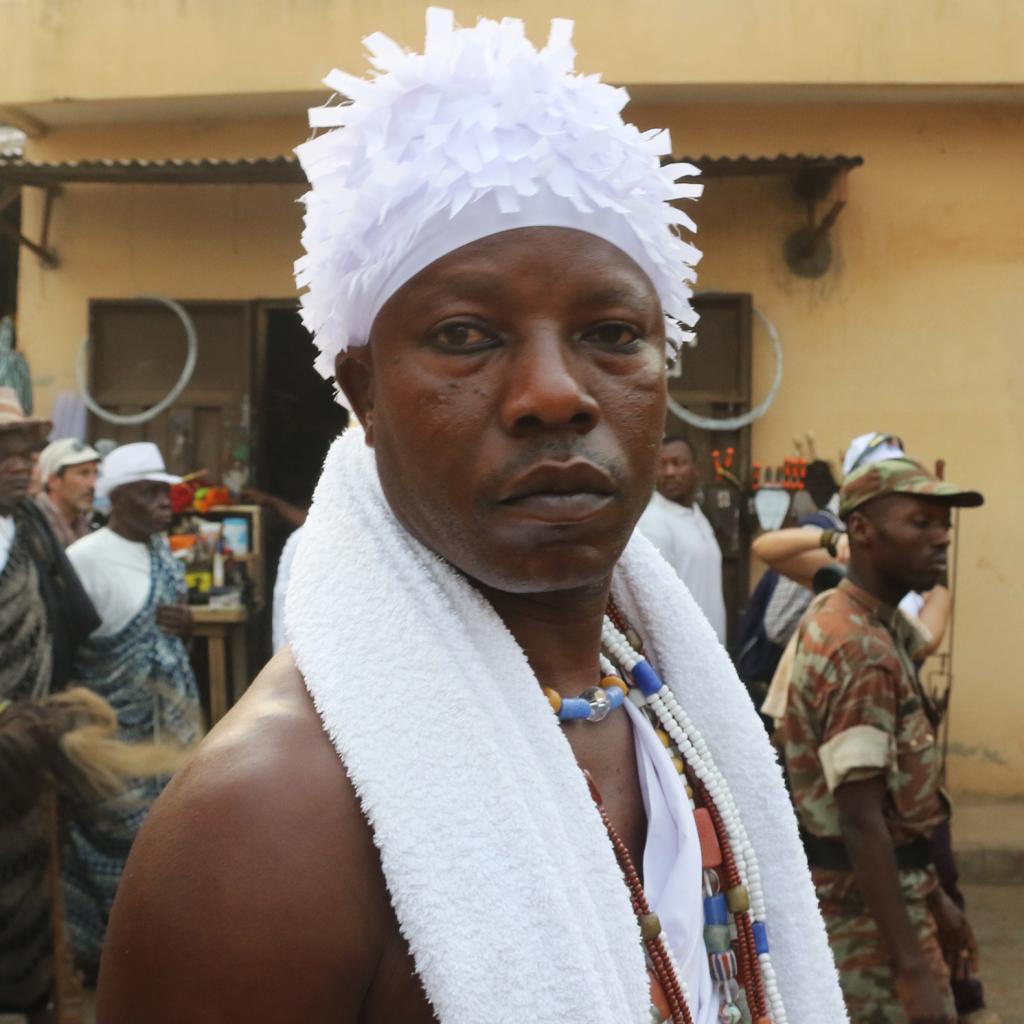 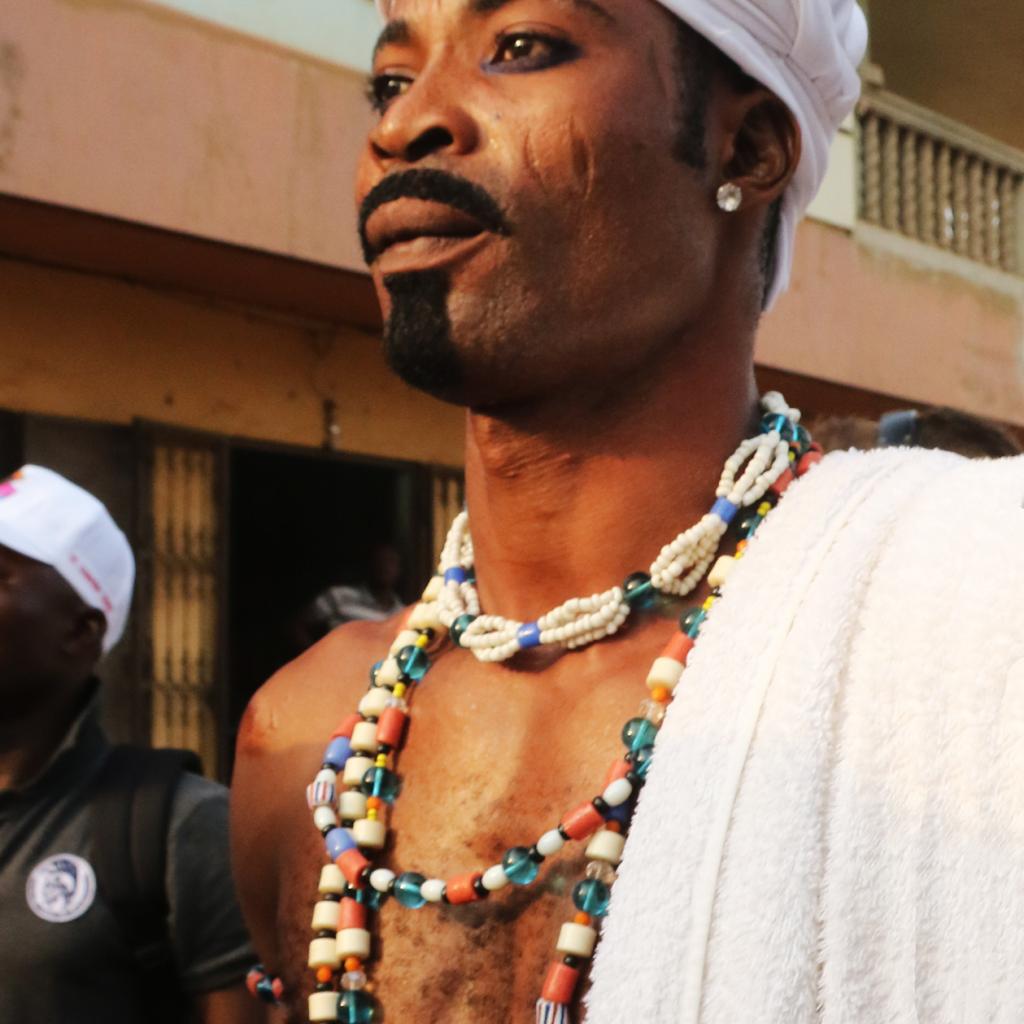