Ouidah's past is closely linked to the slave trade, and here it is still possible to travel the 4 kilometers that thousands of men and women have walked chained, leaving behind their villages their families and their freedom for a future marked by privations, torture and forced labor.

As a way of the cross along the path there are 5 stages, the first is Place Chacha the site where the slave market was held, men and women were led under the large tree still in the center of the square that was planted in 1747 by a Dahomey king; here the auction took place and European and American buyers sought to buy those who thought they were the best for the use they would have made.

The square was overlooked by the palace of Don Francisco De Souza, the famous slave merchant; originally from Brazil and of humble origins, he came to Ouidah to seek his fortune with the slave trade and in a few years he became the most important slave merchant of all Western Africa.

After being bought, the slaves were branded in order to be able to recognize which buyer they belonged to and subsequently they were led to the Oblivion Tree.

This tree does not exist anymore, it died long ago, now, in its place, there is a statue that remembers the place where the slaves were led to forget their origins and their history; the buyers made them believe that the tree had the power to erase their memory and remove their spirit, the dramatic ceremony consisted of turning clockwise around the tree, 9 times for men and 7 times for women.

The purpose of this ritual was to get empty bodies void of spirit, but this, for buyers, was still not enough.

The next step was segregation; slaves were chained into large dark rooms called Zomai, that means "where light does not go"; they were imprisoned here for a few weeks, sometimes for months, to deprive them of their rebellious will and to lose their perception of time and the alternation of day and night, so they would be disoriented once they were brought out.

The strongest were held for 2 weeks locked in the same position, chained and with a bite in the mouth in order to tamper and weaken them to avoid possible rebellion or alliances with other prisoners.

Many slaves, malnourished and abused, have died while waiting to be taken aboard the negro ships, within these dark huts and their bodies were thrown into a common pit where now stands a memorial, the Memorial of Memory called also the Wall of Lamentations, because sometimes people were still living in the pit.

The survivors were led to the Tree of Return, this tree has survived over the centuries and it is still visible on the Street of the Slave; here a ceremony was held which ensured the slaves the return of their soul home, in the form of spirit, after death.

The ritual was quite simple, men and women had to turn around the tree 3 times clockwise.

After completing this ritual, the slaves were taken to the beach, at the point where today is the monument of the Door of No Return, and they were loaded on the shallops that would take them to the ships; the most combative or desperate, would prefer to commit suicide by throwing themselves out of the boats and drowning or trying to swallow their tongue in the act of suffocating themselves, rather than going to the unknown.

The slaves were then stowed on the ships, up to 500 per vessel, the men were slammed down to make it more difficult to rebel while women were slumped on their backs, so it was easier to abuse them sexually; they remained in this position throughout the journey, about 3 months of sailing.

It is estimated that 15 million slaves have arrived in the Americas, to which millions of men and women who have lost their lives before leaving, the sick and wounded who were left to die, are added, the rebels who were killed and to these the number of those who committed suicide must be added, it can be assumed that Western slave trafficking involved about 30 million individuals.

Approximately 2 million departed right from the port of Ouidah, that was the second most important Negrian port in West Africa after Luanda in Angola.

Along the way of the slaves there are the statues of the kings of the kingdom of Dahomey, each king is not depicted as a person but in the form of the symbol or animal that in life represented him; for example there is the statue of a chameleon that was the symbol of a king who rose to power at the age of 60 and who, due to his age, took decisions very slowly, such as the movement of a chameleon.

The last king’s symbol is a foot and a rock, that meant to "kick off the French" but also more poetically that we should not fall back into the mistake, forgive the past but do not forget. 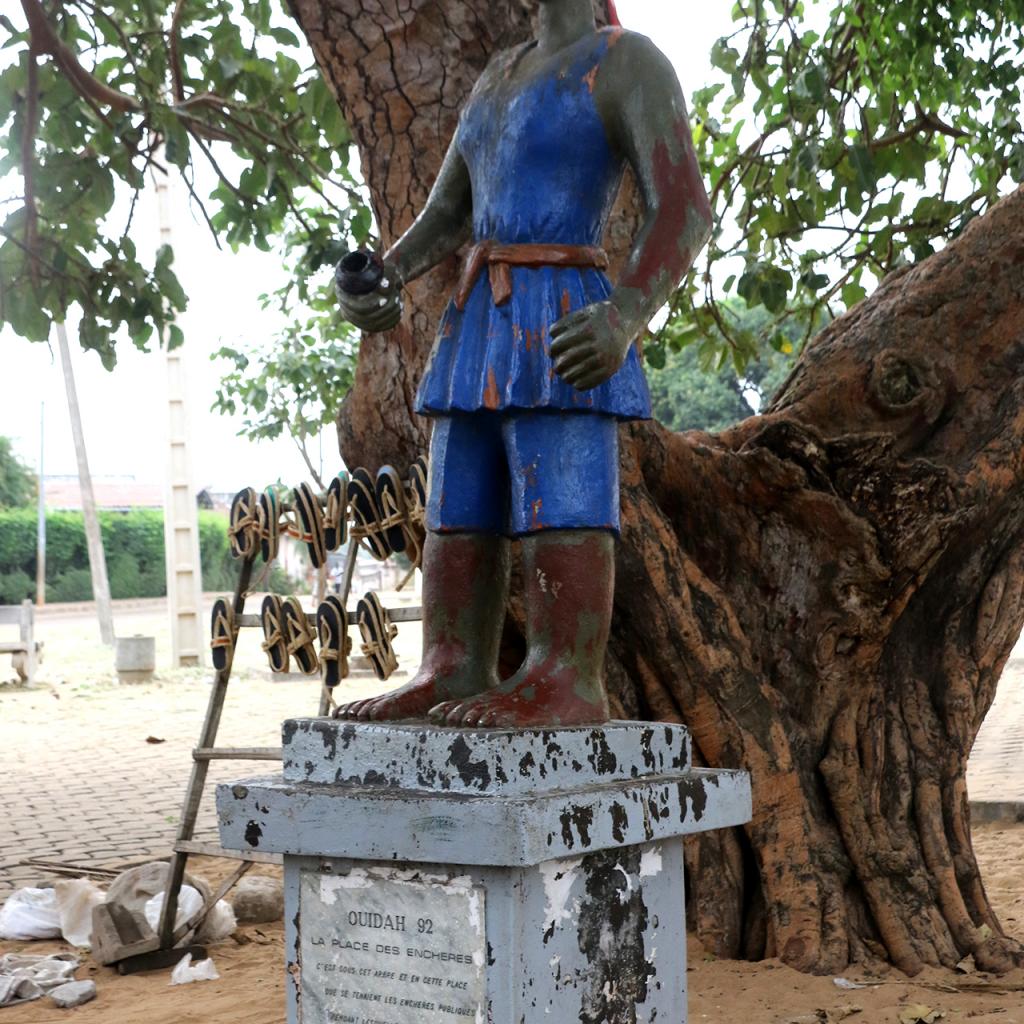 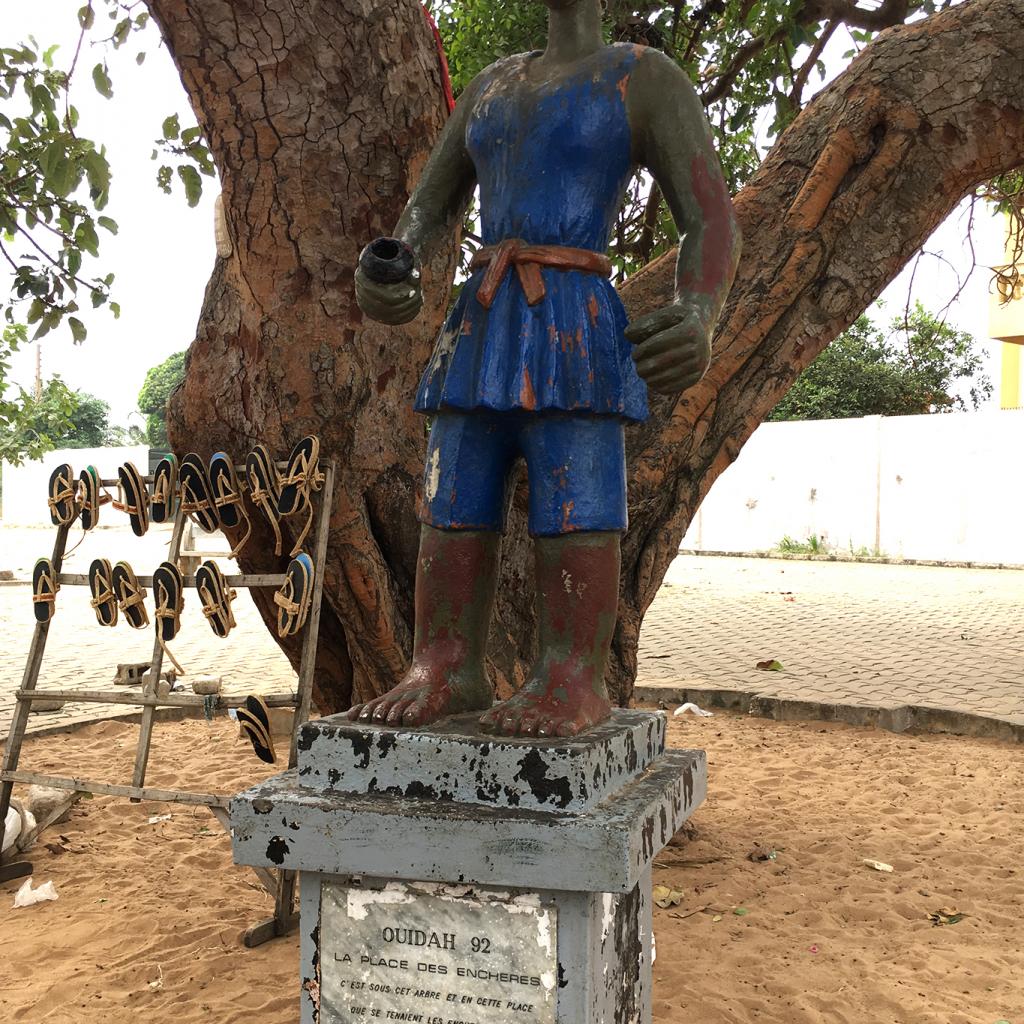 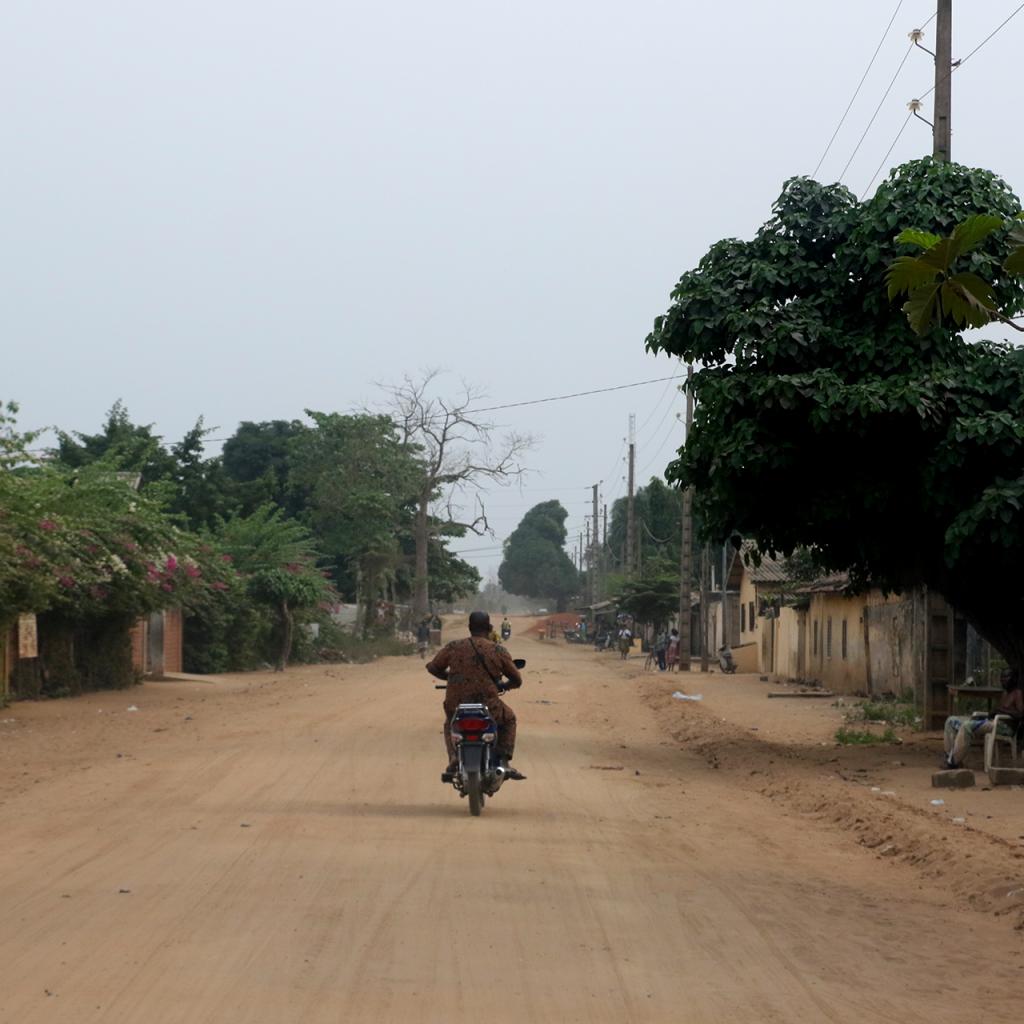