In Benin the Batammariba are known as the Somba, their territory goes from the mountain range of Atakora to the border with Togo.

The Somba are skilled builders, their homes, called Tata or Tata Somba, are architectural masterpieces, they are fortified homes built using materials that can easily be found, such as mud, branches and straw.

New homes are usually built on the foundations of old houses, formerly inhabited by a deceased relative; this is because they believe that the fields around the house have been fertilized over time, they also believe that these places are devoid of neglected powers since they know that their ancestors have made so many sacrifices and rituals to drive off evil spirits.

Small tapered heaps of ground, outside the main door of the house and inside the cooking area, are the altars for the offerings; they are often covered with feathers, streaks of blood and eggs, their function is to protect the home and ward off illnesses.

Also at the entrance and inside the tata there are protective fetishes, bonnet garlands, mummified bird heads, animal skulls like monkeys, baboons, cattle, and feathers, all smeared by sacrificial substances like palm oil.

Like the Tamberma, the Somba have developed a cult for totally unique scarification.

The Somba argues that scarification, practiced on the face of children as initiation and entry into the community, provide for the protection of the ancestors and ensure good health.

The lightly visible scarification is a sort of grid formed by vertical and horizontal lines symbolically recalling agricultural groves that are practiced in the soil for sowing and symbolizing growth and life, the same motifs are also engraved on the inner and outer walls of the tata somba.

Some Somba clans believe that the signs represent the crocodile flakes; the crocodile is seen as a guardian and has the role of protecting the home, and is also closely linked to Butan, the goddess of the land.

Tribal facial signs are practiced when the baby is three years of age, cuts are made in just one day, it is a very painful operation and it is practiced by skilled figures, both men and women.

There are three or four main models to follow and to decide which one to perform, a ritual, that involves launching some cowry shells, is practiced; the same shells used in the past as coins; depending on how they are located when they fall on the ground, they identify the pattern to follow.

To carry out the operation, a bed is prepared, where the child is placed, made using large green leaves; two women will keep the child unmoved to avoid causing more serious injuries.

At the end of the operation, a prayer is performed.

Very light scarification takes about two weeks to heal, a curative dough made with the shea butter is applied to the face.

Blacksmiths, who make sharp knives for engraving, occupy an important position in the Somba's society, blacksmiths are also associated with the solar divinity Kuiye, who first brought fire to the earth.

Other scarifications will be made during the life of the Somba, for example, grooves on the back or abdomen when a girl is ready for marriage, others after the first child, and for men there are scarification for hunting or war.

In the past, this tradition was practiced by the totality of the population, scarification was an immediately visible and distinctive sign, especially if one considered that before the colonizers arrived, the Somba did not wear clothes except a small leather thong; now this practice is losing its original diffusion, garments cover the body making the tribal identifying marks useless. 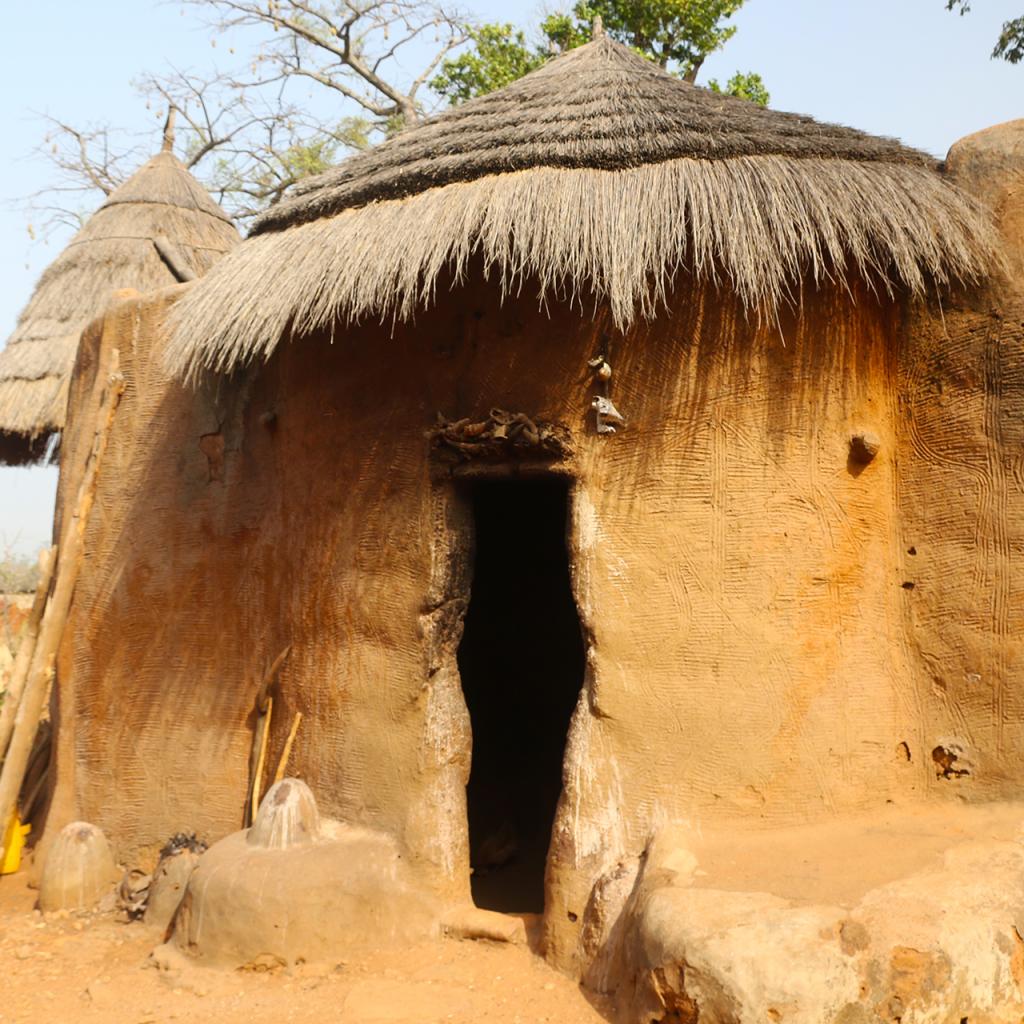 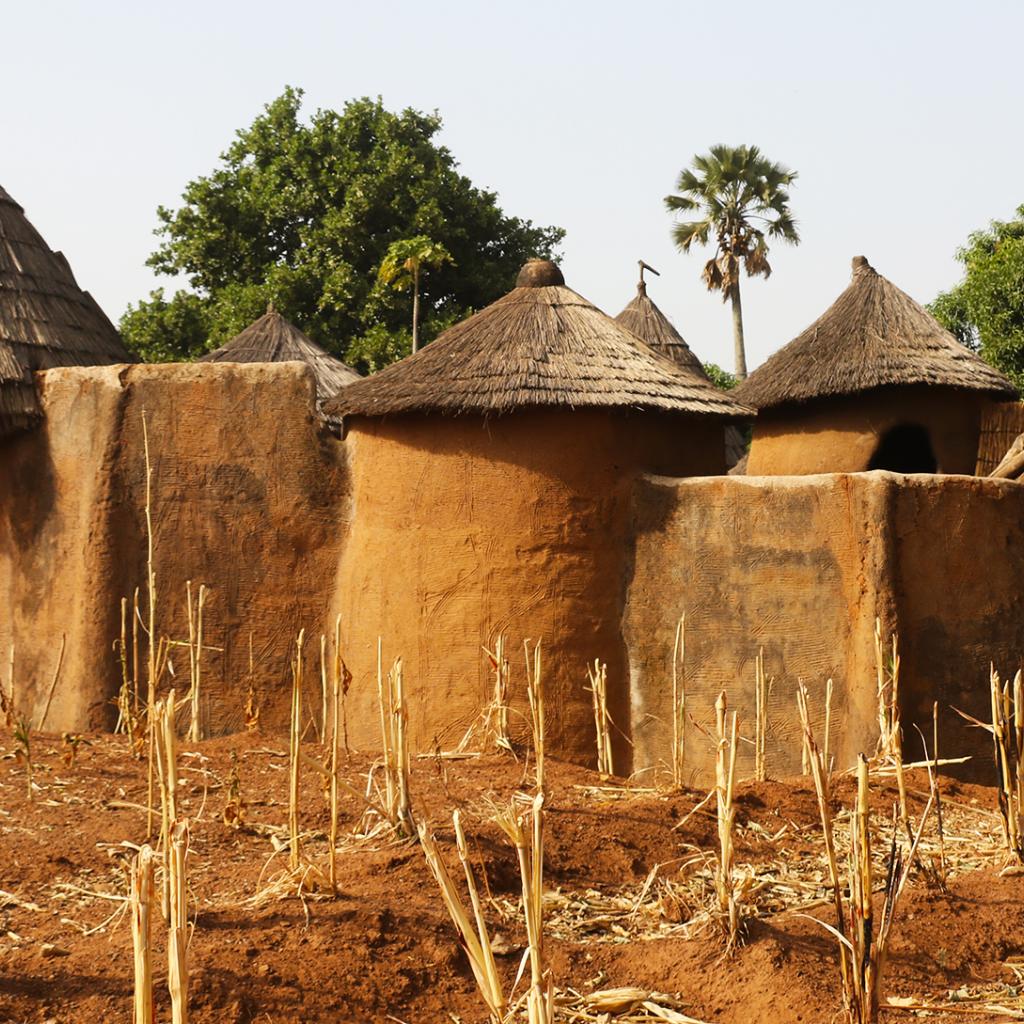 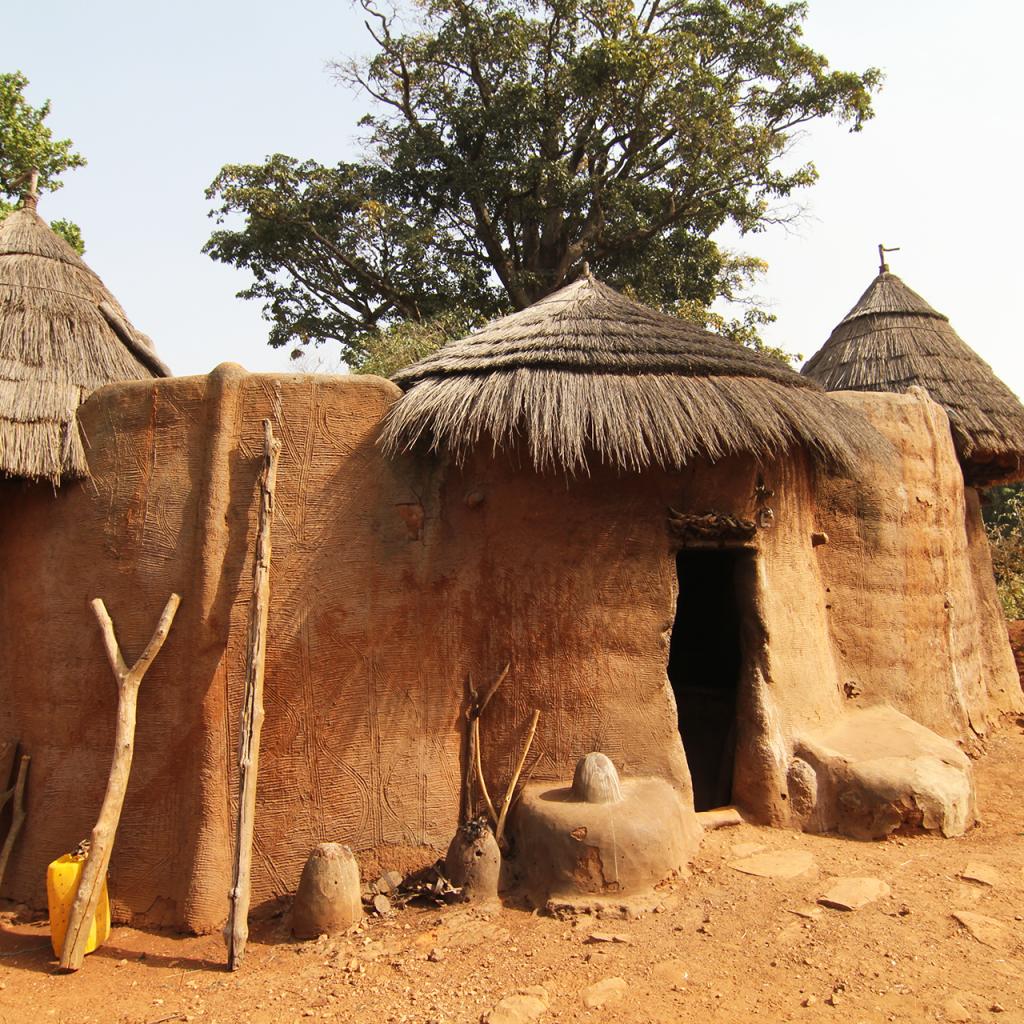 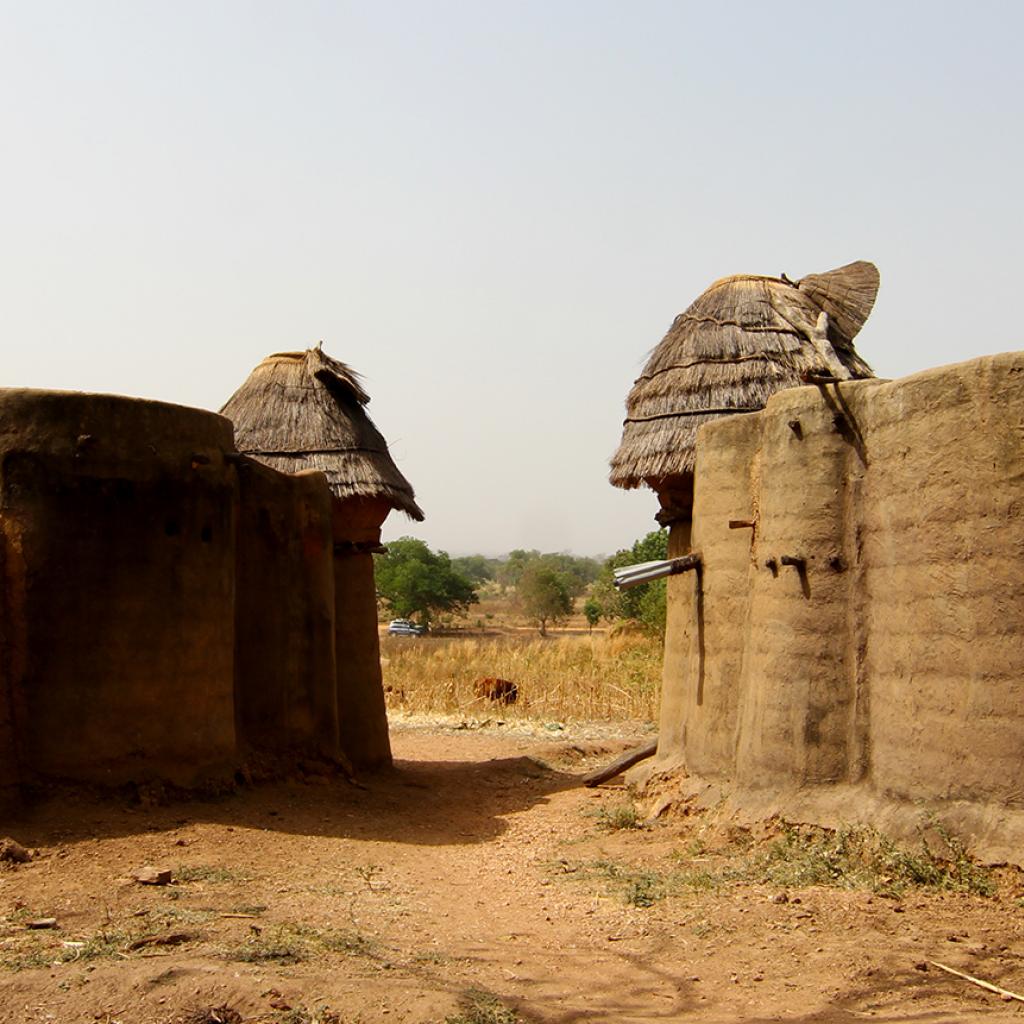 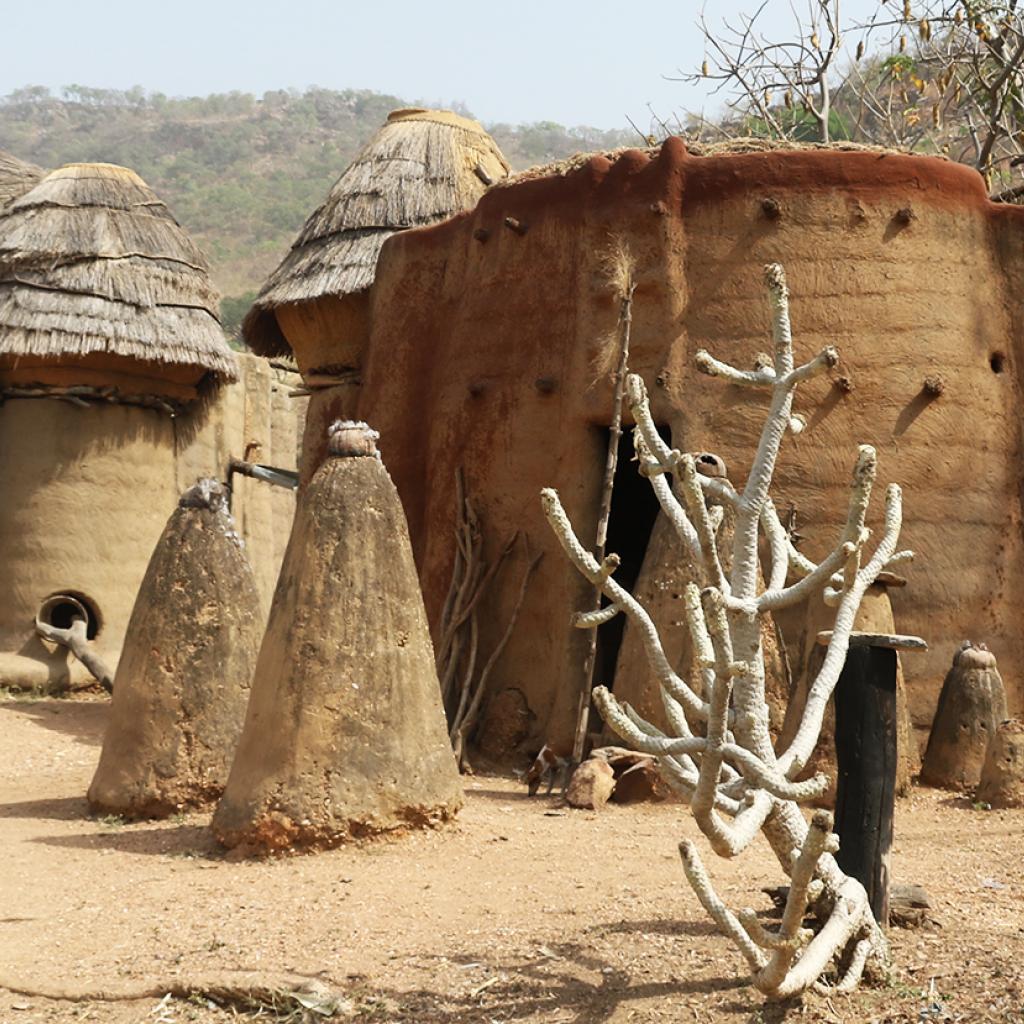 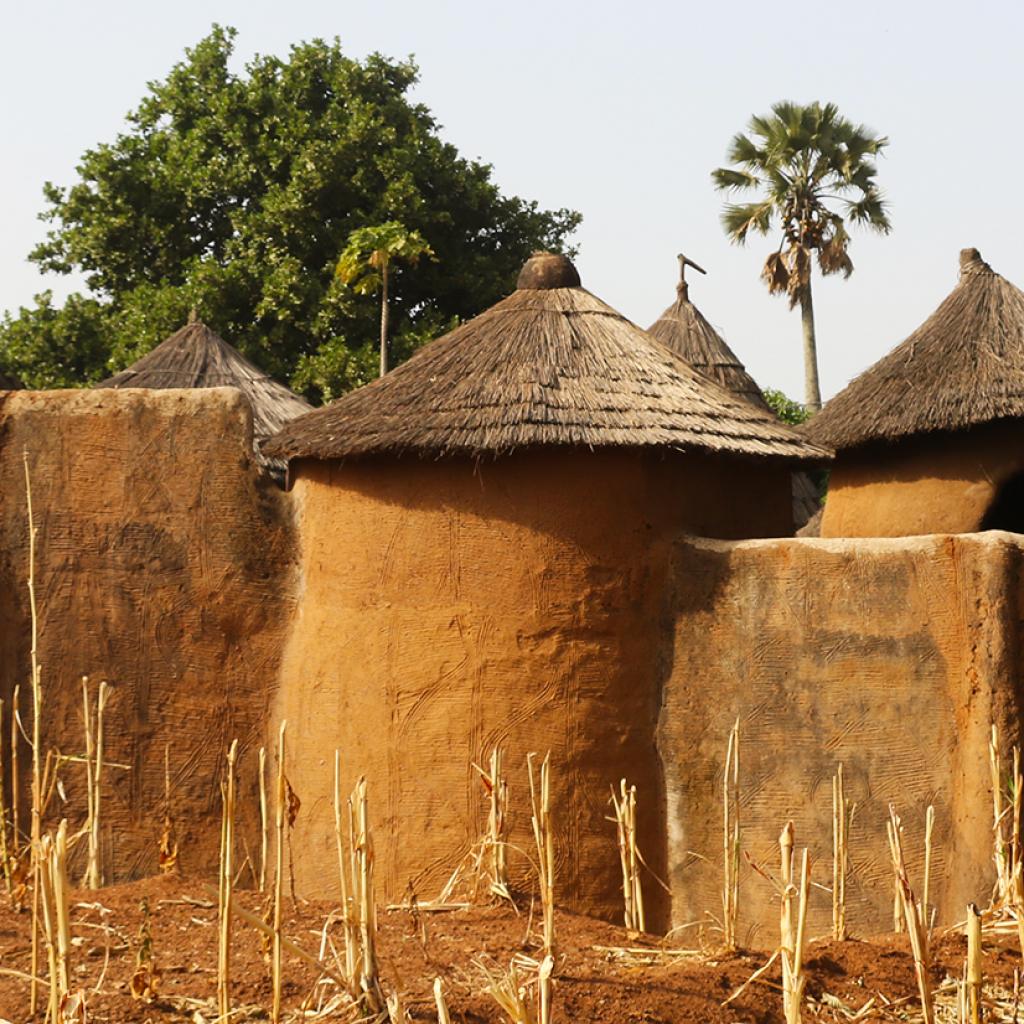 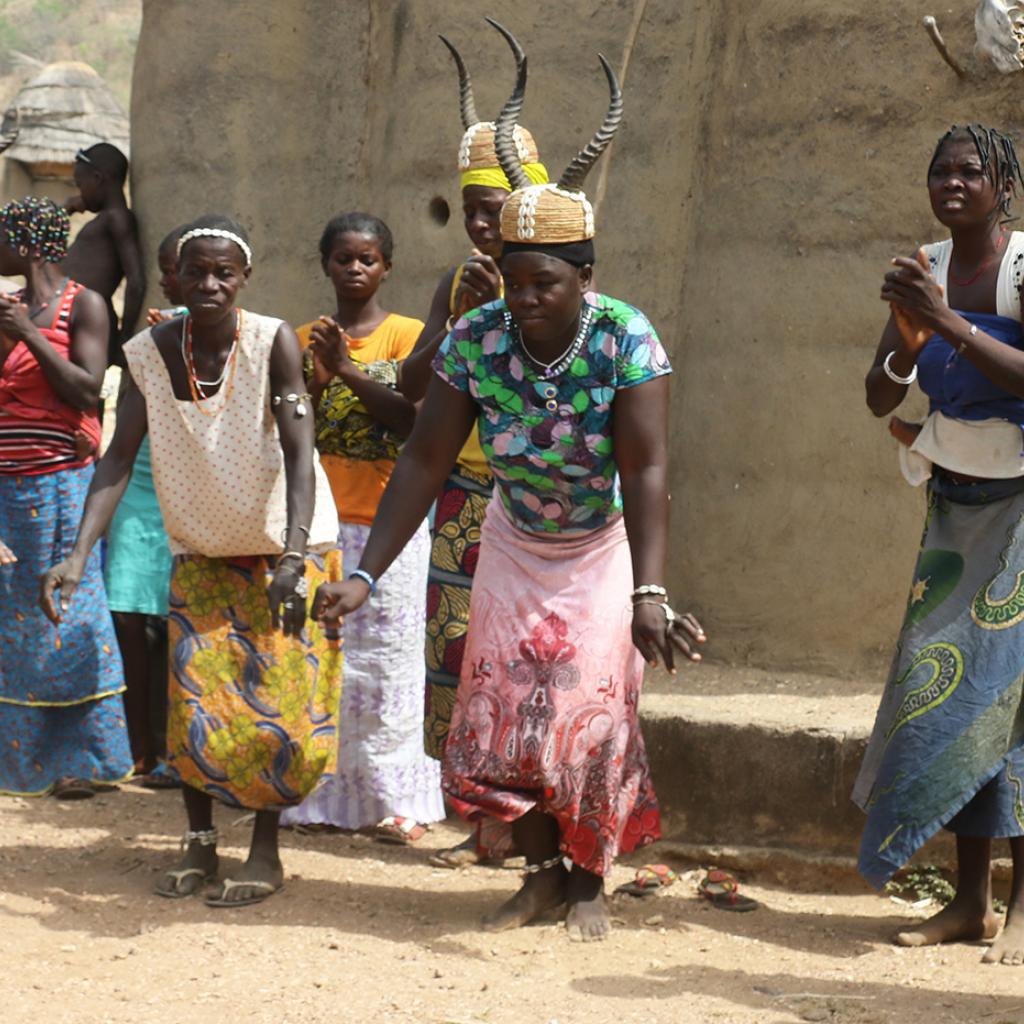