The areas of the iSimangaliso Wetland Park: St Lucia Lake

The St Lucia Lake is located in South Africa and is part of the largest estuary on the African continent and at the center of an amazing ecosystem; it is a unique place and its nature leaves you speechless.

If the iSimangaliso Wetland Park has taken on this name it is thanks to the St Lucia Lake: iSimangaliso in fact, in the Zulu language, means "miracle and wonder" and the miracle concerns precisely this lake, that is also the main reason why the iSimangaliso Wetlands Park was registered in the List of World Heritage Sites by UNESCO and also in the list of wetlands of international importance of RAMSAR (Ramsar Wetland or International Importance) since 1986.

The estuary of the St Lucia Lake has been the subject of an impressive recovery, that began in the early 1990s.

In the early 90s, in fact, an enormous work was done to recover the St Lucia estuary and its banks from the degradation and risk of a mine being opened; environmentalists and conservationists engaged in a fierce battle to prevent any mining company from getting permission to dig the dunes.

Moreover, in more recent years, the authorities have implemented a colossal work: 100,000 cubic meters of sand, silt and vegetation were removed, that prevented the water of the uMfolozi River from reaching the St Lucia Lake.

In fact, the St Lucia Lake, without its tributary, had experienced several years of drought while, once the course of the uMfolozi River was restored, water returned to the St Lucia Lake and life with it; for this reason the park was renamed "iSimangaliso", because only thanks to this ecological miracle this wonderful coastal area has gradually returned to its primordial splendor.

But the iSimangaliso Wetland Park not only protects the St Lucia Lake and the dune system that are in its vicinity, but also the coast, up to the border with Mozambique, and the part of the ocean, that lies opposite the coastal strip with its tropical waters, the papyrus and reeds of the uMkhuze Game Reserve, that is located North of the St Lucia Lake, and the savannah of the Western Shore.

Over 50% of the birds in the South African Province of KwaZulu-Natal are located near the St Lucia Lake and its estuary; moreover, there are 155 species of fish, of which 71 use the waters of the lake to reproduce and 24 are key species for the marine ecosystem.

In the area near the lake more than 2,180 species of bushes and wild flowers have been documented, here also live different species of antelopes, including waterbucks, common reedbucks, kudus, nyalas, impalas, duikers and other mammals.

The St Lucia Lake is 80 km long and 23 km wide at its widest point.

This is the best known and most visited area of the iSimangaliso Wetland Park and is located near the town of St Lucia that is an excellent base from which to visit the Southernmost section of the park.

Just outside the town of St Lucia is the pier from which boats that sail on the estuary depart; this activity is perfect for spotting hippos, Nile crocodiles and countless bird species. 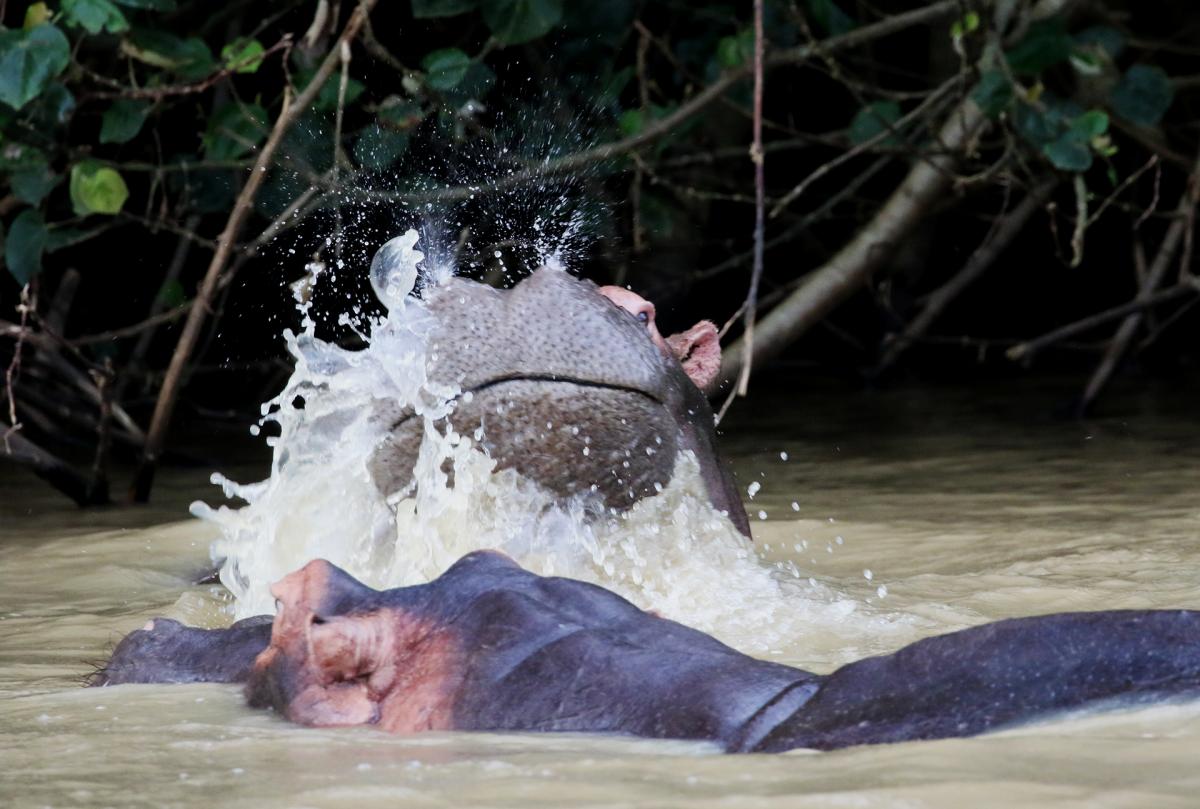