The Mlilwane Wildlife Sanctuary is the best known and most popular of Swaziland's reserves, or eSwatini, thanks to the numerous activities that can be carried out there and the incredible landscapes; moreover, since it does not host predators, it is also ideal for families who choose it to spend a weekend in nature.

Once the area where the Mlilwane Wildlife Sanctuary is located was a multifunctional farm with rubber trees, in addition there were some mines; in 1961 Ted Reilly, an enlightened businessman, transformed the family property into a sanctuary for endangered animal species due to indiscriminate hunting.

The rubber trees and the remains of the mining excavations are still visible and do not make this reserve an unspoiled oasis, but the scenery and the large number of animals present today make the Mlilwane Wildlife Sanctuary an example of perfectly successful reconversion and a very popular destination for an immersion in nature, thanks also to its proximity to the city of Manzini and the capital Mbabane.

The Mlilwane Wildlife Sanctuary is located in the picturesque eZulwini Valley, that in the local language means Valley of Paradise, and is framed by mountains and forests.

The primacy of the Kingdom of eSwatini's most popular ecological destination makes this area the headquarters of Big Game Parks, the non-profit company that manages the country's three main nature reserves:

The name Mlilwane in the siSwati language, the language spoken by the Swati, the majority ethnic group of Swaziland, means Little Fire; this name was attributed to it due to the numerous small fires that are caused by lightning and that hit the forest.

The Southern plains of the Mlilwane Wildlife Sanctuary are the ideal habitat for numerous species of antelope, zebra and wildebeest as well as the ever-present warthogs, these plains are dominated by the Nyonyane mountain, also known as Execution Rock due to the fact that the condemned to death they were led to its summit only to meet their tragic fate.

The forests of the Mlilwane Wildlife Sanctuary are home to numerous species of birds, including many birds of prey, and more shy antelopes, such as kudus and nyalas, as well as baboons and vervet monkeys.

Several crocodiles and many noisy hippos live in the dam in the Mlilwane Wildlife Sanctuary.

Despite the absence of the Big5, this oasis attracts many visitors as it is wonderfully scenic and offers a pleasant and relaxed environment.

The roads of the Mlilwane Wildlife Sanctuary are in excellent condition which makes independent game drives very easy and fun, plus you can go mountain biking and horseback riding; there are also numerous hiking trails to practice a very rewarding hiking and trekking experience.

Among the structures present within the park, the Beehive Villages is the most characteristic as the cottages are built like the traditional beehive huts of the Swati.

The traditional domed huts of the Swati are made by intertwining the branches and then covered with a thick blanket of straw; the huts are placed inside the traditional boom.

Although they are simple accommodations they have great charm and are equipped with all the necessary comforts.

In the Mlilwane Wildlife Sanctuary there are also other accommodation options for all needs:

• the and Down Gran's Self-Catering Cottage

The Center that manages the activities is located at the reception; in addition, the Hippo Haunt Restaurant, the swimming pool and the picnic area at the Rest Camp are available for guests and visitors. 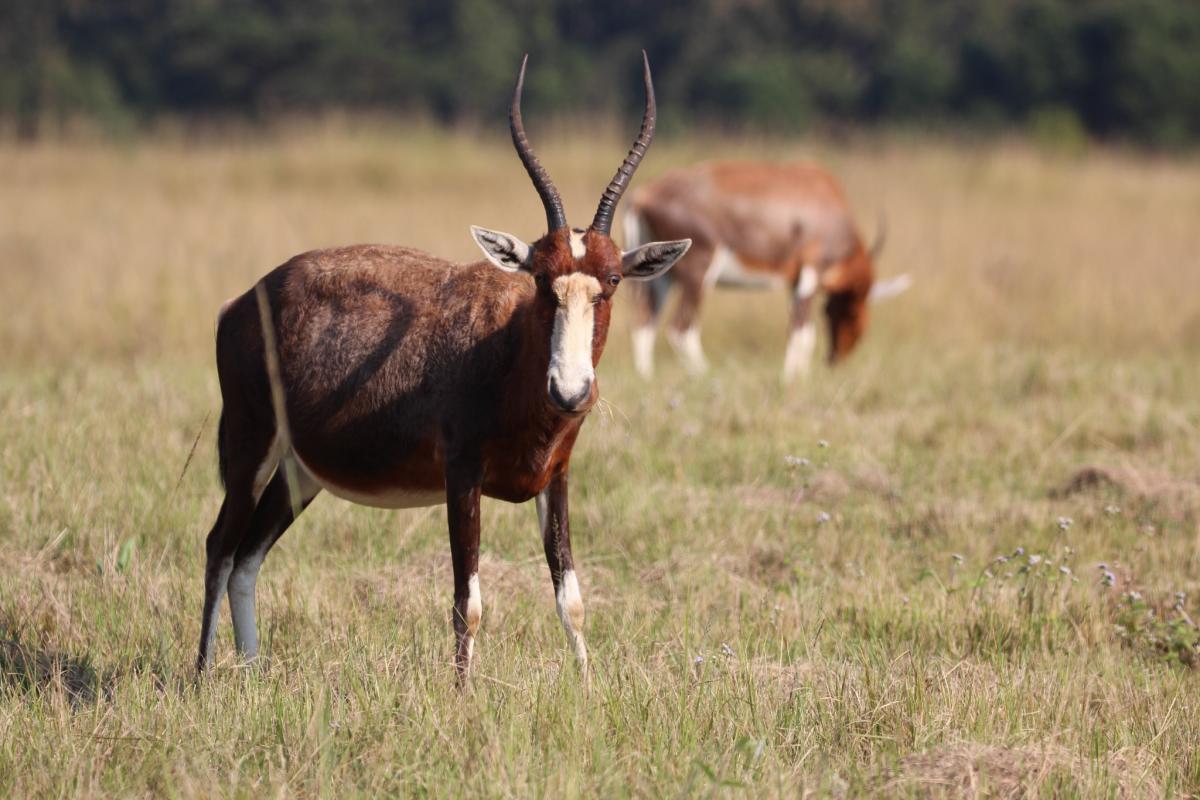