Etosha National Park: kudus - Photo Credits: Romina Facchi
Namibia is a fascinating country offering incredible and very different landscapes and natural parks where you can see several animals including the Big 5.
It is the land of great deserts, the first among them is the Namib Desert that occupies the whole coastline of the Atlantic Ocean, ideally divided between the Namib-Naukluft National Park and the Skeleton Coast, offering spectacular sceneries; the red dunes that plunge into the ocean, the ghostly wreck of sank ships and many species of animals that have adapted to living in these arid and seemingly inhospitable lands.
At Cape Cross there is a huge colony of Cape fur seals that can reach 100,000 units, this is a protected area to preserve the breeding ground of these cute animals.
Among the animals that have adapted to the desert there are also the wild horses of the Namib, they are the descendants of the horses that were released in the desert after being used by the Germans during World War I; now they run free on the plains near Aus.
The Namibian section of the Kalahari Desert is an area characterized by vast expanses of red sand with patches of dry vegetation, oryx move slowly and elegant on the sand lenses and the sunsets offer warm and intense colors.
In the South of the country there is another great natural attraction of this territory, the Fish River Canyon, that is part of the broader Richtersveld National Park, this is the second largest canyon in the world after the Grand Canyon in the USA.
The Etosha National Park, in the North of the country, is the main destination for photo safaris; the park offers the opportunity to observe many species of animals such as ghost elephants, so called because they are made white by the dust they sprinkle on themselves, black rhinos, lions, hyenas, the rare black-faced impala and various antelope species.
Namibia is rich also from an anthropological point of view, it is in fact home to many ethnic groups, some, such as the Herero and the Nama, have suffered the atrocities of the settlers who have uprooted many of their traditions, others, like the San and the Himba still live in the traditional way, by merely wearing a few leather garments.
At Twyfelfontein there is a large gallery of rock art among the largest and most important of the continent, more than 2,500 engravings depict many animals; the drawings were made by the San, the Twyfelfontein engravings, since 2007, have been included in the list of UNESCO World Heritage.
The Epupa Falls on the border with Angola, are spectacular waterfalls on the Himba territory embedded in an enchanting landscape, the green banks of the river create a contrast with the rest of the environment, very dry, only punctuated by a few large baobabs.
To the North-East lies the Caprivi Strip, a long, narrow strip of land extending for 450 kilometers, between Botswana and Angola and Zambia up to the banks of the Zambezi River; despite being only 30 km wide, it is home to 6 protected areas including national parks and reserves: The Bwabwata National Park, the Mahango Game Reserve, the Mudumu National Park, the Mamili National Park, the Caprivi Game Park and the Salambala Conservancy. 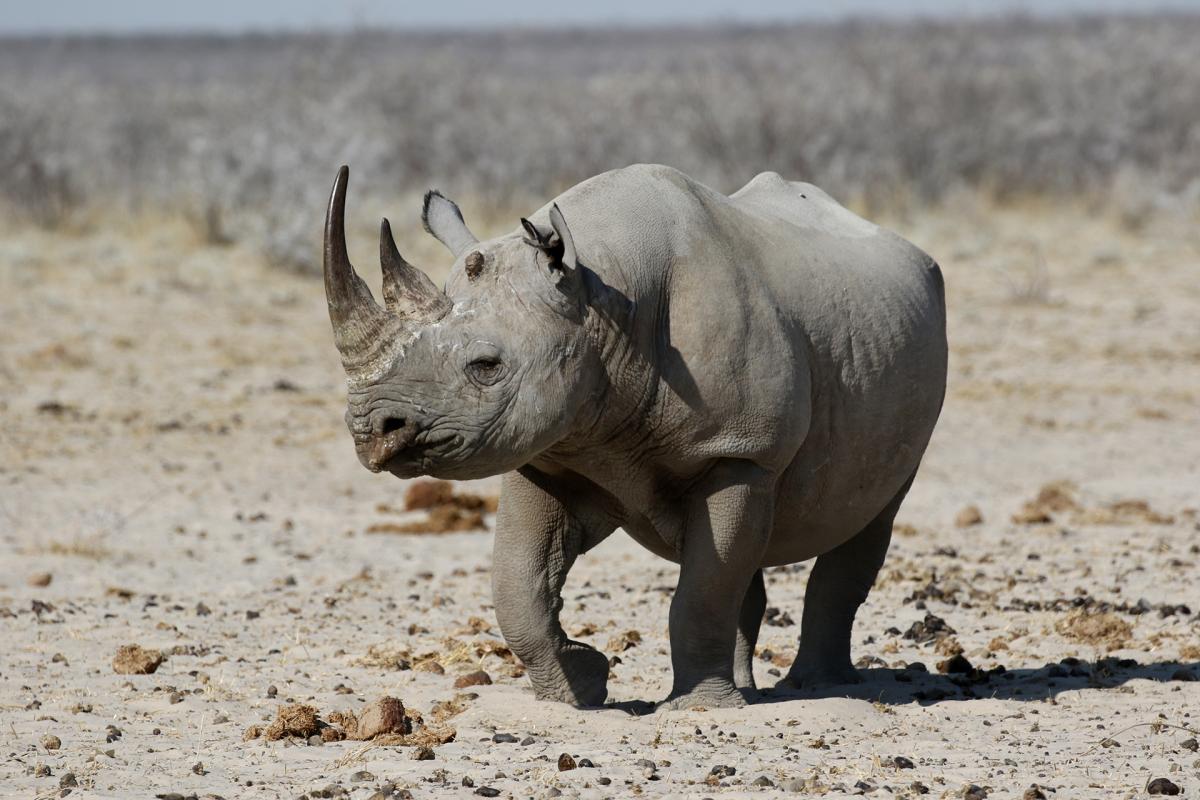