Windhoek - Photo Credits: Babak Fakhamzdeh
Windhoek is the capital of Namibia and the most populous city in the State, with over 250,000 inhabitants.
It’s located in the geographic center of the State, in the highlands, at an altitude of about 1,650 m. above sea level, this makes it a city with a pleasant climate, with warm days and cool evenings; the sky is always cloudless and blue.
The city lies on the lands belonging to the Nama people, who conquered it during the numerous conflicts against the Herero; when the German settlers arrived in Namibia, they decided that this would be the area chosen to found the new town, because of the nearby hot springs.
Windhoek is today a clean and relaxing town and it’s the tourist center of the Country, in fact it’s the departure point for the discovery of Namibia and its wonderful parks.
The capital is a pleasant city, easy to visit; at first glance you don’t have immediately the sensation of being in Africa, in fact its buildings are very reminiscent of the German colonial period.
The most important historical monument is the Alte Feste, the old German Fort, another point of interest is the Christus Kirche, a picturesque German Lutheran Church, built with a mix of styles, including Art Nouveau and Neo-Gothic.
Other places of interest are the National Museum, the National Art Gallery, numerous colonial buildings and the "Tintenpalast", literally “Ink Palace”, that is the seat of the Parliament of Namibia; its name is due to the large quantity of ink used to design the building, nowadays the name is ironically used to complain about the bureaucracy.
In the central district of Post Street Mall there is an interesting permanent exhibition of the Gibeon meteorite, found in the North of the country in 1836.
Namibia, Windhoek in particular, are also characterized by a great cuisine that offers both traditional German and “bush meat” dishes, which are prepared with meat of wild animals, bred for the purpose.
Here, unlike in other African countries, it is still allowed to consume ostrich, crocodile, warthog, zebra, eland, springbok and, sometimes, kudu meat.
A local must for anyone who transits from Windhoek is Joe's Beerhouse, it’s an institution in the city, it’s a brewery restaurant with an amazing atmosphere, where you can dine in a casual and fun environment, drinking great beer very similar to the Bavaria’s one. 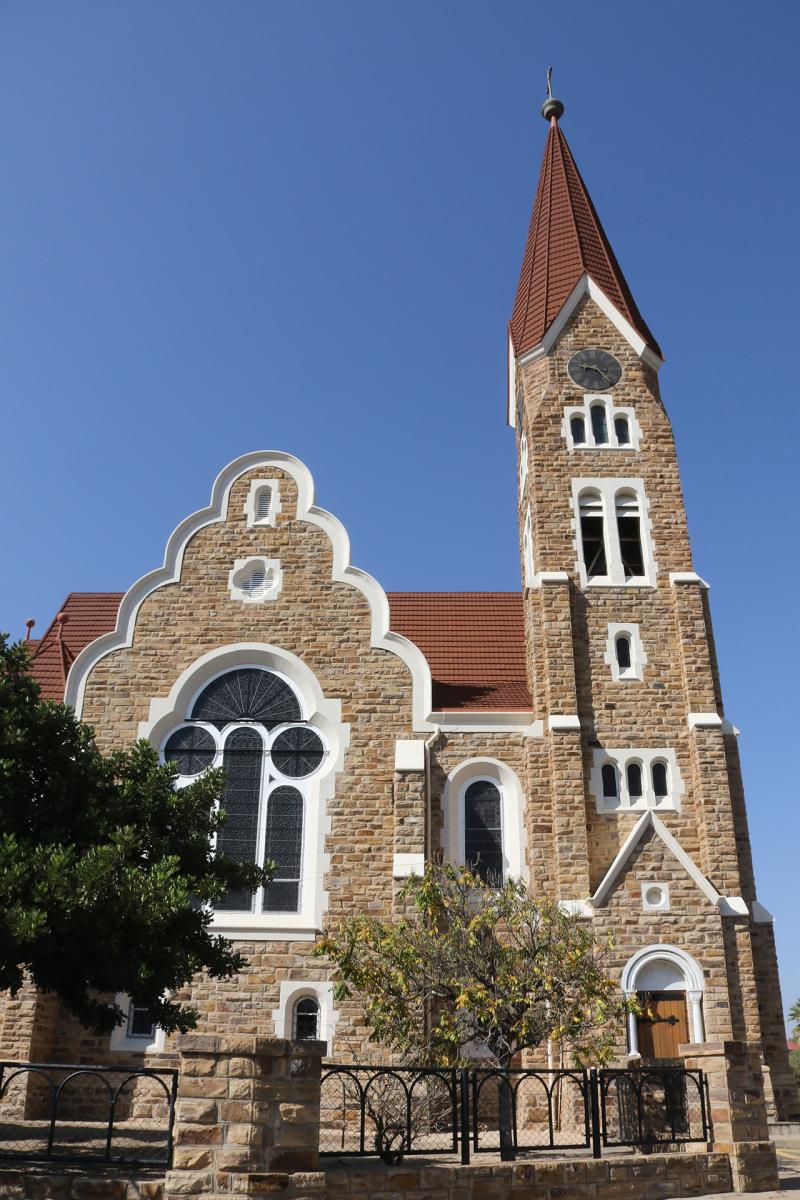