The Dassanech are great consumers of coffee, this population who lives in the Southernmost area of ​​the Omo Valley, in Ethiopia, not only uses coffee as a drink but also as a tool to perform some rituals or blessings.

The importance of coffee in the Dassanech society is such that when a person feels ill, the malaise is attributed to "not drinking coffee" that day.

In the event that a child has a headache relatives spray coffee on his head, but if the child is cold, hot coffee is poured over his body to warm him, while, when a mother washes the child's body, she spits coffee on his body praying for his health.

Coffee is also an indicator of the wealth and prestige of a family, if coffee is always available in a house then it means that the family who lives there is rich, besides drinking coffee is the main way to entertain guests.

The Dassanech usually prepare and drink coffee at home, except during the harvest period when coffee is prepared directly in the countryside.

There are many rules to be respected for drinking coffee, first of all, only the wife can prepare and distribute coffee, and she must always drink it in the company of someone; if the husband is not present at home, the woman must invite friends or acquaintances to drink coffee with her.

If the wife is not present at home, the husband cannot prepare coffee, but must go to a friend's house if he wants to drink a coffee prepared by his neighbour’s wife.

Another important rule is that guests have to drink more than two cups of coffee, there is a popular Dassanech saying that reads: "When you eat meals, you have to do it fast. When you drink coffee, you have to do it slowly and stay a long time. The person who drinks only a cup of coffee and leaves the house is a bad person and will lose an eye. "

Drinking coffee is not just a way to quench your thirst, but it is a ritual for being together with others for a long time, it is not unusual for the coffee ritual to last over an hour.

Coffee is usually consumed inside the hut, men sit on the left side and women sit on the right, the elderly sit near the entrance while the younger ones sit in the innermost area of ​​the house.

A wife prepares coffee and pours it into each cup, usually serving men and then women rigorously, starting with the oldest to the youngest.

Not always a Dassanech family has many cups to use, so when many guests arrive and there are not enough cups, the young members have to wait for their coffee until the older members have drunk two cups each.

When the coffee that has been prepared is about to finish the wife who prepared it gives a shot to the container, at that point the other members must refrain from drinking another cup of coffee, saying, "Mine is enough."

The coffee that remains in the container and is not consumed is called meles, it is a very strong coffee because it has been infused for a longer time; this is reserved for the wife who prepared it, the guests express their appreciation for her work leaving the meles for her.

The rituals to be performed when drinking coffee

There are three rituals related to coffee consumption and should be done every time one drinks coffee: they can literally be translated as: "pour on the ground", "throw saliva" and "wash the arm".

The coffee ritual "pour on the ground"

Before drinking coffee, the older person who is present pours some coffee on the floor around the hearth, puts some pieces of tobacco and invokes the names of the ancestors, saying: "Drink coffee, chew tobacco".

If people do not make the gesture of "pouring the coffee on the ground" for many days, the dead ancestors get angry, because they think that their presence and their memory have been ignored and therefore they bring misfortune and disgrace to the people.

When the first cup of coffee is served to the elderly members, they take a sip in the mouth and spit it in the air and towards the wife, this is a kind of blessing to wish the family health and to wish a healthy cattle.

This blessing is called "throwing saliva" or even "calling god" in the house to protect them.

The "arm wash" ritual with coffee

After drinking two or three cups of coffee, an elder leans forward towards the center of the hut and pours a sip of coffee directly on his arms to wash them.

This ceremony is called "washing the arm" and is practiced only by men, especially by older men since the Dassanech believe that the sweat of the elderly is as rich as their body, so pouring their sweat with coffee on the floor, they share their wealth with the house and its members, the wife and the children.

It is a way to express one's desire to bring prosperity to the family.

The use of coffee in the Dassanech rites of passage

During the celebration of many rites of passage, the consumption of coffee is foreseen, in particular in the ceremony in which the name is assigned to a newborn child or in the marriage ceremony.

The ceremony in which a child's name is given and coffee

The coffee is very important in the ceremony during which the name is given to a new born; this ceremony takes place two or three days after the birth of the child.

Relatives and parents gather at the home of the new mother at night or early in the morning; the new mother moves to the center of the house holding the newborn in her arms and preparing coffee.

The participants spit on the mother and child to bless the child and wish him health and a bright future while invoking the name he was given.

The marriage ceremony and coffee

In the wedding ceremony, coffee plays an important role in different moments of the celebration.

Initially the relatives of the groom visit the house of the mother of the bride to take over the bride one day before the wedding ceremony, on that occasion they bring the "coffee of acceptance" as a gift to her parents.

If the parents accept it means that they give final permission to the marriage, while if they refuse they show that they are dissatisfied with the groom's behavior.

The marriage ceremony is celebrated in the house of the groom's mother and castrated sheep meat is cooked, that is served to men, while the future bride is greased around her shoulders with sheep fat.

Later an old woman prepares the coffee that the men spit on the bride by reciting blessings.

At the end of the wedding ceremony, the husband gives his wife's mother a sheep and a large sack of coffee, this to show his gratitude for having raised his wife. 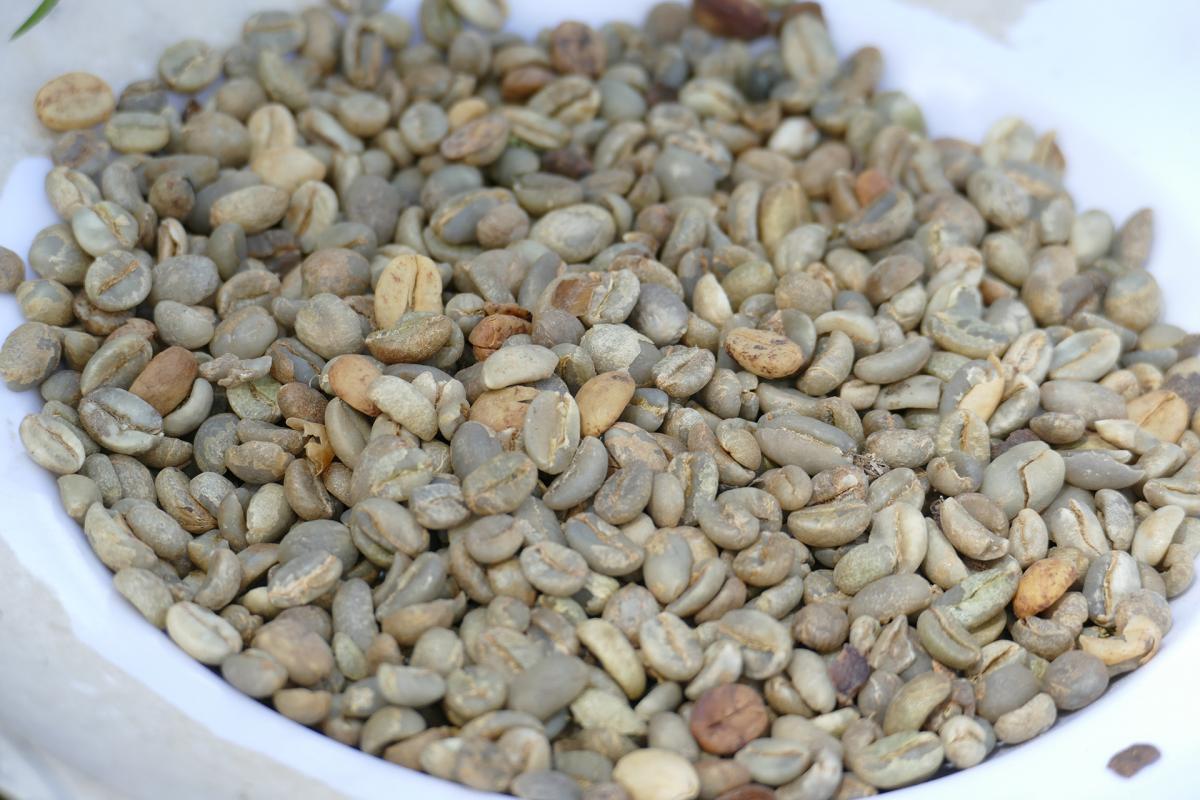