The Okavango Delta is located in Botswana and covers an area of ​​about 15,000 sq. Km; unlike many other African rivers, the Okavango does not flow into the ocean, but in a large plain in the North of the country.

Here it opens up like a delta, creating one of the most spectacular places on the African continent: swamps, alluvial plains, sandy islands and larger islands with mopane and riverine forests, permanent swamps and seasonal ponds.

All these different habitats host different species of animals, in the Okavango Delta there are many species of mammals, birds, reptiles, amphibians, fish and insects; this is one of the areas of the entire Botswana where you will encounter more animal species in absolute.

Because of the almost non-existent slope of the bed of the Okavango River, the flood, due to the rains on the Angolan highland, takes months to reach the delta.

In April, the flood slowly passes through the Panhandle and then flows into the delta as of June, during the dry season; this makes the animals gather in this area in search of water and food, that are scarce elsewhere this time of the year; this high density of animals makes safaris in the delta a unique experience, one of the most exciting of the entire African continent.

While, during the rainy season, the Okavango records the minimum range and water and food sources are present somewhere in the area; the animals then disperse, but the safaris in the Okavango Delta remain something wonderful even during this time.

It is possible to subdivide the Okavango Delta into three parts: the Panhandle, the Moremi Reserve and the Government Concessions.

The Moremi Reserve, that occupies about a third of the Okavango Delta's surface, is the only officially protected area; since it was set up, its surface has been progressively extended to include all the habitats present in the delta with the specific aim of protecting them to the fullest.

In the Moremi there are some tented camps and some camping, the latter only on the Mopane Tongue; here you can make day off-road safaris, motor-boat and mokoro safaris.

The camps in the Moremi Reserve and in the Government Concessions of the Okavango Delta can be reached by plane from Maun, Kasane or Gaborone. 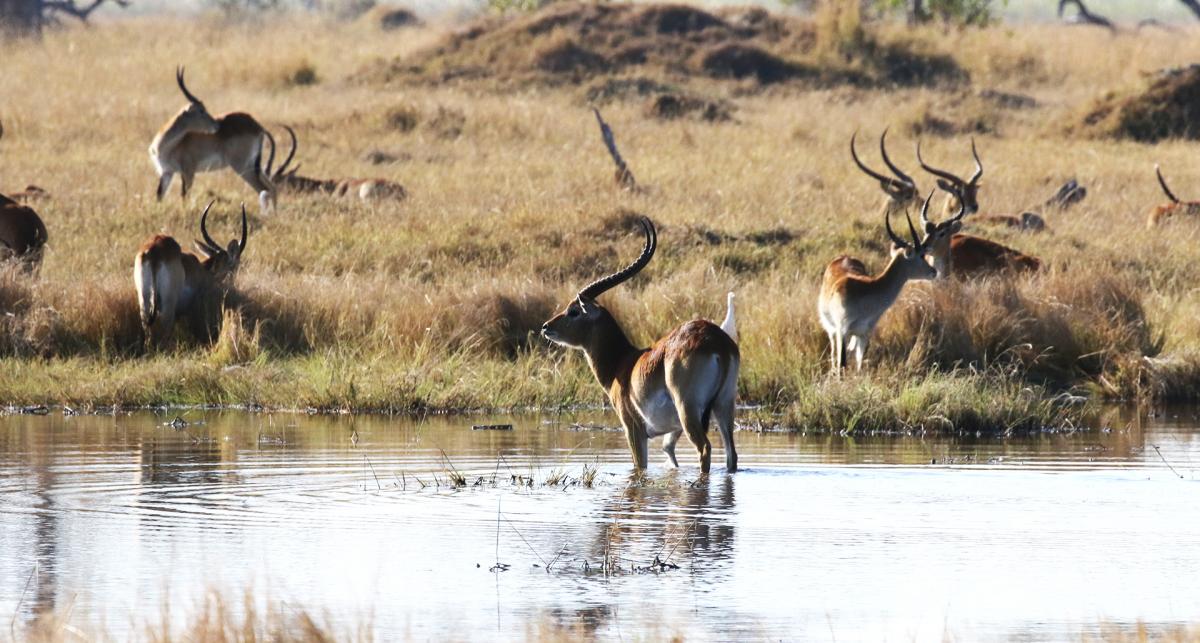